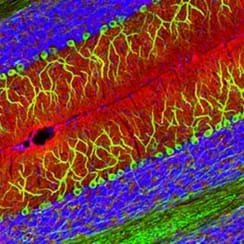 On March 13, 2017, the Brain Dysfunction Discussion Group at the New York Academy of Sciences presented Targeting Tau in Alzheimer’s Disease and Related Disorders. The microtubule-associated protein tau has been identified as a key mediator of neurodegeneration in Alzheimer’s disease and related disorders, and this symposium surveyed the new frontier of tau-related immunotherapy.

The Brain Dysfunction Discussion Group is proudly supported by 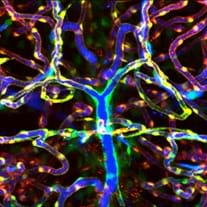 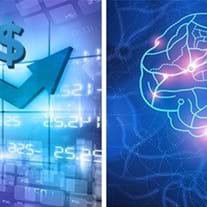 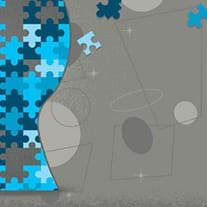 Alzheimer's Disease Summit: The Path to 2025 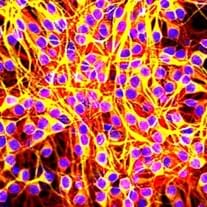 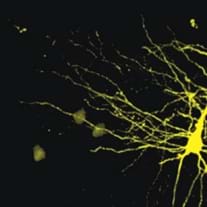 Learning from Cancer to Advance Drug Development for Neurodegeneration

The Role of Nutrition in Dementia Prevention and Management

The conference kicked off with Robert Martone of the St. Jude Children’s Research Hospital speaking on the novelty of tau-focused research. Tau is a protein found within nerve cells, and is known to play a role in the assembly and stabilization of microtubules. More recently, tau has been implicated as a contributing protein to neurodegeneration. To date, most clinical studies of Alzheimer’s have focused on beta-amyloid proteins, a major component of amyloid plaques formed around neurons in the brains of patients with Alzheimer’s disease. While beta-amyloid targeting immunotherapies have been unsuccessful in the prevention of dementia, tau-focused research holds great potential in the treatment of neurodegenerative disorders.

While beta-amyloidosis appears to be a byproduct of neurodegeneration itself, tau may play a more causative role in cognitive impairment. Tau immunotherapy reduces neurodegeneration and associated dementia in transgenic mice.

Khalid Iqbal of the New York Institute for Basic Research gave the keynote address on the promise of tau immunization in the treatment of tauopathies. In Alzheimer’s patients, a portion of tau proteins are hyperphosphorylated, meaning they contain more than the normal number of phosphate groups. This abnormal configuration sequesters normal tau by binding together with normal tau proteins, creating aggregations of neurofibrillary tangles. Iqbal found that administering an antibody that binds to both hyperphosphorylated and normal tau, prevents sequestration of normal tau by the hyperphosphorylated form. In mice, this method has led to reductions in both total and hyperphosphorylated tau, and improvements in both short-term and episodic memory. Iqbal’s research team also experimented with chronic treatment of neuro-regenerative proteins in mice. By rescuing the connectivity of diseased brains, the associated tau pathology, b-amyloidosis, and dementia are also improved.

The tau gene, six alternative splicing arrangements of the Tau gene, and the resultant Tau protein isoforms. The number of microtubule binding repeats, designated with the letter ‘R’, is characteristic of different tauopathies.

Einar Sigurdsson of the Departments of Neuroscience and Physiology, and Psychiatry at New York University’s School of Medicine discussed the mechanisms of tau immunotherapies. Sigurdsson began by reaffirming the importance of tau as a target for immunotherapy in the treatment of Alzheimer’s disease. Neurofibrillary tangles of hyperphosphorylated tau correlate better with dementia than amyloid-β plaques, and pre-tangle tau pathology may develop and potentially be treated before amyloid-β deposits form. Interestingly, most but not all tau immunotherapy approaches are effective, even when targeting the same epitope region, and higher affinity does not necessarily translate to better efficacy. Importantly as well, some antibodies appear to work primarily extracellularly, whereas others can also bind to and clear/neutralize tau intracellularly. Because most of pathological tau is found within neurons, such broadly acting antibodies are likely to be more efficacious than those that can only bind to tau in the interstitial fluid. Likewise, small antibody fragments that are more easily transported into the neuron than typical whole antibodies are promising as novel diagnostic imaging ligands for detecting tau aggregates in vivo.

Mechanisms by which tau is taken up and cleared from the intracellular and extracellular space. The greatest amount of abnormal tau is located within the neural cells, and therefore antibodies that can more easily pass the neuronal membrane will be most effective.

Victoriya Morozova of the Center for Developmental Neuroscience at the College of Staten Island, City University of New York, and Qian Wu of the Department of Neuroscience and Physiology at New York University’s School of Medicine, delivered short data blitz sessions. Morozova presented on the receptor-mediated, prion-like propagation of pathological human tau. Prion diseases occur when a misfolded configuration of the prion protein is acquired from the environment. This abnormal protein acts as a catalyst to convert endogenous properly-folded prion proteins into the misconfigured form, which then go on to convert more proteins in an exponential fashion. Aggregations of misfolded prion proteins in the central nervous system cause neurodegenerative diseases that are both untreatable and fatal. In Alzheimer’s disease, hyperphosphorylated tau undergoes a similar process, whereby it can enter a healthy cell, bind to normal tau, create pathological neurofibrillary tangles, and self-propagate the hyperphosphorylated form.

Wu described the technique of two-photon imagining of tau antibodies in live tauopathy mice. Two-photon microscopy is a long-wavelength imaging technique that can create optically sectioned fluorescence images of tissues up to one millimeter in depth. This method causes less free-radical tissue damage than short-wavelength single-photon microscopy, and allows researchers to directly visualize brain tissue in live animals. Antibodies are injected intravenously into transgenic mice, and the brain uptake and accumulation of the antibodies to tau aggregates as well as the clearance of both can be monitored over time.

Michael G. Agadjanyan of the Institute for Molecular Medicine, discussed active vaccination strategies to prevent and reverse Alzheimer’s disease. He utilizes a vaccine platform consisting of multiple epitopes (that part of the antigen recognized by the immune system). Specifically, the vaccine contains one B-cell epitope specific to Alzheimer’s disease pathology and 12, non-Alzheimer’s specific T-cell epitopes. By using this platform, immune responses are activated in a broader range of individuals with various MHC-polymorphisms. In their experiments with mice, vaccinations using a tau-specific B-cell epitope induced strong anti-tau antibody responses in both wildtype and transgenic tauopathy mice. Agadjanyan emphasized the importance of collaboration between Alzheimer’s researchers and immunologists to interpret clinical trials and develop epitopes that are effective in both therapeutic and preventative capacities.

Henrik Zetterberg of the University of Gothenburg presented on fluid biomarkers for tau pathology in Alzheimer’s disease. While total and hyperphosphorylated tau are increased in the cerebral spinal fluid (CSF) in Alzheimer’s patients, diagnosing tau pathology in blood serum has proven more difficult. In response to acute brain injury (e.g., severe concussion, hypoxia), neurons appear to secrete enhanced amounts of tau which can be measured in the plasma.  However, plasma tau is only weakly enhanced in Alzheimer’s patients, and does not correlate with concentrations in the CSF. Further research will be needed to develop assays that can measure different tau fragments and phospho-forms to identify the various tau pathologies in fluids other than CSF.

Emanuele Sher of the Neuroscience Discovery team at Eli Lilly discussed new research on synaptic dysfunction and the spreading of tau pathology in the brain. The importance of synapses in spreading hyperphosphorylated tau has been revealed in both mouse models and Alzheimer’s disease patients. Large clusters of hyperphosphorylated tau have been identified in close proximity of the pre-synaptic membrane of neurons, and hyperphosphorylated tau is released from neurons in transgenic models and human patients. These findings indicate that there is a critical need to better understand the cell biology of tau localization and release from neuronal synapses in order to identify key molecular players that could be targeted therapeutically.

The conference concluded with a lively panel discussion between Agadjanyan, Sigurdsson, and Zetterberg. The failure of beta-amyloid immunotherapy in improving cognitive function formed a main topic of discussion, along with how tau immunotherapy might avoid falling prey to similar disappointment. Questions remain regarding which type of tau will make the most effective target and how to characterize the role of normal and hyperphosphorylated tau in normal brain function. Yet, Iqbal ended the conference on an optimistic note. Acknowledging some skepticism prompted by the failure of beta-amyloid therapies, Iqbal pointed to the importance of learning lessons from those failures in order to benefit the pursuit of tau immunotherapies. After 45 years of in the field, Iqbal expressed confidence in the therapeutic potential of tau, not only in regards to Alzheimer’s associated pathologies, but also in the treatment of the disease itself.

What Tau Immunization Is Likely to Bring

Stages of the pathologic process in Alzheimer disease: age categories from 1 to 100 years.

Affinity of Tau antibodies for solubilized pathological Tau species but not their immunogen or insoluble Tau aggregates predicts in vivo and ex vivo efficacy.

Reconstitution of synaptic Ion channels from rodent and human brain in Xenopus oocytes: a biochemical and electrophysiological characterization.

Correlation of Alzheimer disease neuropathologic changes with cognitive status: a review of the literature.