Multiple vaccine and therapeutic candidates for COVID-19 have entered the final clinical testing phase, where the results will determine if these agents are effective and safe. As a result of the global investment in the processes and outcomes of these clinical trials,  several public-private partnerships have arisen. These partnerships aim to expedite innovation and support the overwhelmingly large manufacturing efforts required to distribute these therapies and vaccines globally. But there are several questions about the drug-approval process: How much can we conclude from a trial if it lacks a placebo control? How diverse should the patient population be in trials, and how can we encourage the recruitment of groups (rightfully) skeptical of medical research? How is the trial data shared, and what new standards should be created for transparency in reporting? This eBriefing will share the latest advances in clinical trials for COVID-19 vaccines and therapies, how trials address equity and inclusion, and how both the pandemic and the current political environment pose challenges for the clinical trial process.

What Should You Know About COVID-19 Testing? 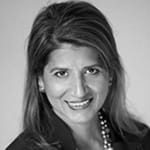 COVID 19 Therapies and Vaccines: The Road Ahead

Nicholas B. Dirks is an internationally renowned historian and anthropologist, and an important leader in higher education. In June 2020, Dirks assumed leadership of the New York Academy of Sciences as President and Chief Executive Officer. Dirks served as tenth Chancellor of the University of California, Berkeley, where he maintained the unparalleled excellence of Berkeley as indicated in every major ranking, and did so while focusing on increasing accessibility for low-income and underrepresented students. He also invested in major research collaborations in neuroscience and genomics, developed a close working relationship with UCSF, and helped negotiate Berkeley’s participation in the $600m Chan Zuckerberg Biohub. In addition, Dirks established new global partnerships with Cambridge University and the National University of Singapore, while developing the Tsinghua Berkeley Shenzhen Institute and a joint climate institute with the Berkeley Lab and Tsinghua University. Prior to the Academy, Dirks was chancellor and vice-chairman of Whittle School & Studios, a global network of independent schools from 2018 to 2020. Before Berkeley, he was the executive vice president for the arts and sciences and dean of the faculty at Columbia University. The Franz Boas Professor of Anthropology and History, Dirks joined Columbia in 1997 as chair of the anthropology department. Prior to his appointment at Columbia, he was a professor of history and anthropology at the University of Michigan for ten years, before which he taught Asian history and civilization at the California Institute of Technology. He received his BA from Wesleyan University, and his MA and PhD at the University of Chicago. He has published four major books, edited three others, and written numerous essays, articles, and papers. Among numerous honors, Dirks has received a Guggenheim Fellowship, a MacArthur Foundation residential fellowship at the Institute for Advanced Study at Princeton, and the Lionel Trilling Award for his book Castes of Mind. He is a fellow of the American Academy of Arts and Sciences, and has served on numerous national and international bodies while receiving honorary degrees in Beijing, China, and Madras, India. He is a Senior Fellow at the Council on Foreign Relations.

Swati Gupta, DrPH, MPH, leads IAVI’s Emerging Infectious Disease product portfolio and the development of the organization’s overall scientific strategy. She has a particular focus in leveraging IAVI’s recombinant vesicular stomatitis virus (rVSV) platform and expertise to expand product development efforts beyond HIV, including leading the vaccine development programs for other emerging infectious diseases such as Lassa Fever, Marburg, and most recently SARS-CoV-2. Previously, Gupta was an executive director with Merck Vaccines, where she worked on the development of innovative partnership models to address cross-cutting issues related to vaccine science and technology. As part of this role, she worked with key external stakeholders to facilitate accelerated Ebola vaccine development efforts to enhance preparedness for the ongoing public health crisis and potential future outbreaks. From 2000 to 2014, Gupta was in the Department of Epidemiology at Merck Research Laboratories where she led a number international, prospective cohort studies in support of vaccine and infectious disease products in development, including research on diseases such as HIV, HPV, influenza, dengue, and C.difficile. From 1998 to 2000, Gupta worked as a scientist in HIV Surveillance at the Communicable Disease Surveillance Centre (British equivalent of the U.S. CDC) in the U.K. She has also worked at the Bureau of Tuberculosis Control at the New York City Department of Health. Gupta holds a doctorate in epidemiology from the Johns Hopkins Bloomberg School of Public Health and a Master of Public Health in infectious disease epidemiology from Yale University School of Medicine.

As Chief Operating Officer, Dr. Shea is responsible for INOVIO’s manufacturing, commercial, business development, and alliance management operations and serves as a key member of the executive team and forming and implementing overall corporate strategy. Dr. Shea was previously the CEO at Aeras, the leading not for profit organization dedicated to developing new vaccines against the global number one infectious disease killer, tuberculosis (TB). She has more than 20 years’ experience in the life science industry, working across a range of R&D and senior commercial management roles. She joined Aeras in 2014 as the Chief Operating Officer before being promoted to CEO in 2015. During her tenure, Aeras delivered two major clinical breakthroughs in the development of TB vaccines. Prior to Aeras she spent eight years in a variety of senior management roles with Emergent BioSolutions, where from 2008 to 2013, she was General Manager and Vice President of The Oxford-Emergent Tuberculosis Consortium (OETC). Dr. Shea initially trained as a molecular biologist and cell cycle geneticist and has spent much of her career dedicated to developing innovative products to prevent and treat infectious diseases. She holds twenty patents, is an author of numerous scientific publications, and has served on multiple advisory boards. She received a BSc in Applied Biology from the University of Bath and a PhD from the National Institute for Medical Research in the UK.

George D. Yancopoulos, MD, PhD, has built and managed Regeneron alongside Dr. Schleifer since 1989. Dr. Yancopoulos is currently President and Chief Scientific Officer and has served on the board since 2001. Dr. Yancopoulos, along with key members of his team, is the principal inventor of Regeneron’s six FDA-approved drugs and foundational technologies, including the TRAP technology, VelociGene®, and VelocImmune®. He has been named an Ernst & Young Entrepreneur of the Year and has been pivotal in creating the science-driven, collaborative, and highly-productive R&D culture at Regeneron. This unique environment has earned the company widespread recognition, including repeatedly being named one of the “most innovative companies in the world” by Forbes magazine. Dr. Yancopoulos was the 11th most highly cited scientist in the world in the 1990s, and in 2004 he was elected to be a member of the National Academy of Sciences. Dr. Yancopoulos attended the Bronx High School of Science and received his MD and PhD from Columbia University.

Clinical Trials related to COVID-19 in the United States