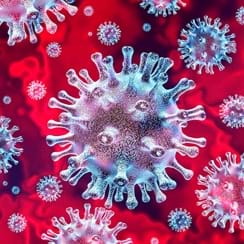 As the COVID-19 pandemic spread around the world in the early months of 2020, different regions took a variety of approaches to curb the spread of the infection. In this eBriefing, global health experts from Hong Kong, Singapore and the UK consider the most effective mitigation strategies and highlight best practices that can be applied to emerging hotspots. Moreover, while lockdown and shelter-in-place orders were essential to curb the initial wave of the disease, this discussion also covers sustainable approaches that are needed to keep the curve flat as societies reopen, including continued social distancing and the implementation of widespread testing and contact tracing.

The University of Hong Kong 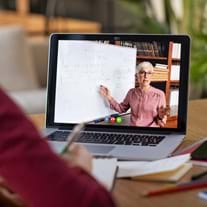 Resources for Teachers (and Parents) in the Time of COVID-19 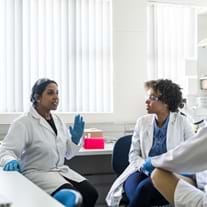 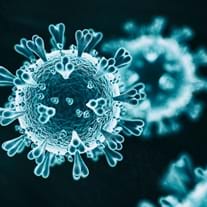 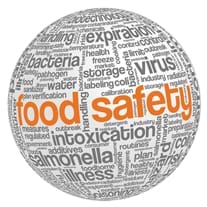 COVID-19: Keeping our Food Safe During the Pandemic

More
Flattening the Curve: How Different Countries are Tackling COVID-19

Jennifer Dowd is Associate Professor of Demography and Population Health and Deputy Director, Leverhulme Centre for Demographic Science, University of Oxford. Dr. Dowd’s research focuses on the interaction of social and biological process over the life course and how social factors “get under the skin” to impact health. Her work has explored the role of stress, chronic infections and immune function in explaining socioeconomic differences in health. On-going projects include social epidemiology of the human microbiome, the causes of stalling life expectancy in the US and UK, and recent COVID-19 work highlighting the importance of population age structure in forecasting the overall burden of mortality. Dr. Dowd received her PhD from Princeton University with a focus on Economics and Demography from the Woodrow Wilson School of Public and International Affairs and the Office of Population Research. She was a Robert Wood Johnson Health & Society Scholar in the Center for Social Epidemiology and Population Health at the University of Michigan (2006-2008), followed by academic posts at the CUNY Graduate School of Public Health & CUNY Institute for Demographic Research (2008-2016), and Department of Global Health and Social Medicine, King’s College London (2016-2019).

Vernon Lee is a preventive medicine physician and adjunct Associate Professor at the Saw Swee Hock School of Pubic Health, National University of Singapore. He is also Director of the Communicable Diseases Division, Ministry of Health, Singapore; and President of the College of Public Health and Occupational Physicians, Academy of Medicine, Singapore.

His areas of expertise include infectious diseases epidemiology, pandemic preparedness and response, and evidence-based health policy. He has previously worked in the WHO Office in Indonesia and WHO headquarters in Geneva, and continues to contribute to international working groups and advisory panels on infectious diseases.

The University of Hong Kong

Gabriel Leung is the fortieth Dean of Medicine (2013-), inaugural Helen and Francis Zimmern Professor in Population Health and holds the Chair of Public Health Medicine at the University of Hong Kong (HKU). He was the last Head of Community Medicine (2012-3) at HKU as well as Hong Kong's first Under Secretary for Food and Health (2008-11) and fifth Director of the Chief Executive's Office (2011-2) in government.

Leung is one of Asia's leading epidemiologists and global health exponents, having authored more than 500 scholarly papers. His research defined the epidemiology of three novel viral epidemics, namely SARS in 2003, influenza A(H7N9) in 2013 and most recently COVID-19. He led Hong Kong government's efforts against pandemic A(H1N1) in 2009. He was founding co-director of HKU's WHO Collaborating Centre for Infectious Disease Epidemiology and Control (2014-8) and currently directs the Laboratory of Data Discovery for Health at the Hong Kong Science and Technology Park (2020-).

He edited the Journal of Public Health (2007-14), was inaugural co-editor of Epidemics, associate editor of Health Policy and is founding deputy editor-in-chief of China CDC Weekly. He currently serves on the editorial boards of seven journals, including the British Medical Journal. He is an elected member of the US National Academy of Medicine.