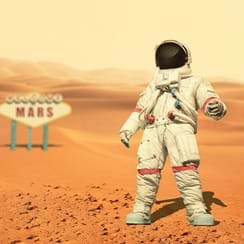 Human bodies are optimized for life on Earth, and ill-equipped for environments like those we will encounter on Mars. But here at home there are organisms that thrive in the extremes: the coldest, hottest, driest, and saltiest places. As technologies like CRISPR enable us to manipulate our genes, there may be adaptive tools we can borrow from these extremophiles. But while we are absorbed in self-preservation, it will be easy to neglect the planet we hope to colonize. After all, humans do not have the best track record when it comes to ethical exploration. While there is no evidence for life on Mars—yet—there is still the matter of an entire land that has no one to speak for it, or to defend it. So in the process of getting humans to Mars, what values may be compromised along the way? In this eBriefing you will hear from three scientists who study Mars-like environments here on Earth, the effects of space travel on human health, and the ethics of space exploration. Together, they paint an exciting but cautionary vision for 2035—the year humans might land on Mars. 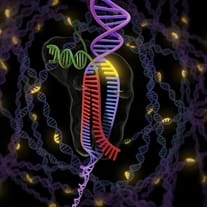 Kennda Lynch is a staff scientist at the Lunar and Planetary Institute, which she joined after a postdoc at Georgia Institute of Technology where she focused on the geobiology of hypersaline paleolake sediments as analogs for ancient lakes on Mars. She earned her PhD in Environmental Science & Engineering at the Colorado School of Mines—with the prestigious NASA Harriet Jenkins fellowship—following an MS in aerospace engineering science from the University of Colorado Boulder. Prior to academia she spent 5 years at NASA Johnson Space Center, working on habitation hardware for ISS astronauts, and prototype life & habitability detection instruments for robotic missions to Mars.

Perhaps best known as a lead investigator and the geneticist for the NASA Twins Study, which revealed the impact of long-term space travel on the human body, Christopher Mason is Associate Professor of Physiology and Biophysics at Weill Cornell Medicine. He is a systems thinker, who characterizes multi-omic data in a variety of environments—from NYC subway stations to Chernobyl-struck villages to outer space. He earned a BS in Genetics and Biochemistry from University of Wisconsin-Madison, his PhD in Genetics from Yale University, and a post-doctoral fellowship in clinical genetics at Yale Medical School while jointly a post-doctoral Fellow of Genomics, Ethics, and Law at Yale Law School.

Lucianne Walkowicz is an astronomer at the Adler Planetarium in Chicago. They study the ethics of Mars exploration, stellar magnetic activity, how stars influence a planet’s suitability to host alien life, and advanced computing to discover unusual events in large astronomical data sets. In 2018, they co-founded The JustSpace Alliance, a nonprofit that advocates for a more inclusive and ethical future in space, and aims to harness visions of tomorrow for a more just and equitable world today. Dr. Walkowicz has a BS in Physics and Astronomy from Johns Hopkins University, an MS and PhD in Astronomy from the University of Washington, and postdoctoral fellowships at UC Berkeley and Princeton.

The NASA Twins Study: A multidimensional analysis of a year-long human spaceflight

The Problem With Terraforming Mars