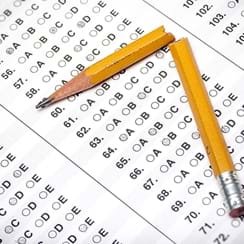 Will COVID-19 Eliminate the SAT?

The growing wave of colleges and universities adopting “test-optional” or “test-flexible” policies may be a turning point in the discussion of the value of using standardized test scores in admissions decisions. This shift has accelerated conversations about the future of standardized testing, and is forcing admissions offices to consider how they might evaluate talent and predict students' success on campus without it. The New York Academy of Sciences hosted a panel discussion with higher education leaders and researchers on the implications of “test-optional,” “test-flexible,” and “test-blind” policies on the college admissions process, as well as how these changes could reduce the many inequalities that plague the current system.

The Chronicle of Higher Education

Leveraging STEM Skills in Data Science and Beyond

Fostering Diversity and Inclusion in STEM 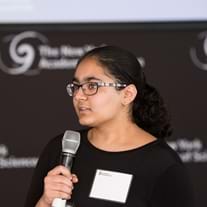 Student Perspectives on the Shift to Remote Learning

More
Will COVID-19 Kill the SAT?

Will COVID-19 Kill the SAT?

Eric Hoover is the Senior Writer at The Chronicle of Higher Education covering, college admissions, enrollment, and access. He attended The University of Virginia, wrote for the student newspaper, and became the top editor during his third year. Two jobs later, at the age of 26, he applied for a position at The Chronicle of Higher Education, where he Editor three years later. Eric has won the 2018 Eugene S. Pulliam National Journalism Writing Award for his 2017 story “The Arc of Her Survival.” The story introduces Kristina Anderson, who was seriously wounded in the 2007 Virginia Tech University mass shooting and is today a leader in the national “survivor community.” Hoover has written extensively about college admissions, early decision in college admissions, affirmative action, standardized testing, college counseling, and the challenges facing low-income students. He has also contributed freelance articles to the New York Times, the Washington Post, Washington Monthly, and Nautilus. The Education Writers Association, the Virginia Press Association, and the Mensa Education and Research Foundation have recognized his work.

Akil Bello started as a proctor for the Princeton Review in 1990 and returned to serve as the Director of Strategic Initiatives in 2014. In 2018, Akil became the Director of Equity and Access, where his focus is on helping public schools, non-profit organizations, and community-based organizations understand standardized tests and develop affordable solutions for their students. He was founding partner and CEO of Bell Curves, a test-prep company dedicated to the underserved and disadvantaged communities. Akil currently works as Senior Director of Advocacy and Advancement at the National Center for Fair & Open Testing.

Lindsey Conger is a College Counselor and Tutor working closely with students entering BS/MD direct medical as well as BS/MD direct dental programs. Lindsey works to strengthen student’s college applications by helping them find summer research opportunities and apply to summer camps and select courses; she also guides students into leadership positions. As a journalist, she coaches students on the narrative form of writing to pivot the conversation of what factors might be counted in the college admission process. Lindsey holds a Bachelor’s degree in Journalism from Indiana University Bloomington.

Jerome A. Lucido is a Professor of Research at the USC Rossier School of Education. He opened the USC Center for Enrollment Research, Policy and Practice in 2010 and currently serves as Executive Director. In this role, he develops initiatives to improve access for low-income and underrepresented students. With over 30 years of enrollment experience as the Assistant Vice President for enrollment services and academic support at the University of Arizona, Dr. Lucido also served as a trustee of the College Board, chair of the College Board’s Task Force on College Admission in the 21st Century, and as vice-chair of the Commission on Access, Admission, and Success in Higher Education. Prior to his work at USC, he oversaw the Offices of Undergraduate Admission, Scholarship and Student Aid, and the University Registrar at the University of North Carolina Chapel Hill.

Review: 'The Test and the Art of Thinking' Is About A) The SAT

The SAT Suite of Assessments

Big Future. Find the Right College for You