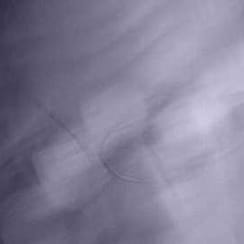 Aiming at Alzheimer's: The Tantalizing Targets of Gamma-Secretase and Tau

The amyloid-β peptide and tau protein are the most prominent targets for scientists developing drugs to treat or prevent Alzheimer's disease. Amyloid-β appears in extracellular plaques while hyperphosphorylated tau is found in intraneuronal tangles in the diseased brain. Amyloid-β is produced by sequential cleavages by β-secretase and γ-secretase.

Efforts to target proteins implicated in Alzheimer's disease were discussed at a December 5, 2006, meeting of the Academy's Biochemical Pharmacology Discussion Group. Topics addressed were the difficulties of targeting γ-secretase without disrupting processing of other important signaling molecules, attempts to find reliable biomarkers for AD, and transgenic mouse models used to explore the mechanisms of disease establishment and progression.

Alzheimer Research Forum
This massive site includes a wide range of resources on Alzheimer's disease research: news in research and drug discovery, databases, pointers to important papers, forums, online commentary on recent developments from prominent researchers, directories, and more. Not to be missed.

Alzheimer's Association
Focuses on the clinical aspects of the disease, including many resources for patients and the families of patients coping AD.

Alzheimer's Disease Research Center of Washington University
Descriptions of current projects, summaries of recent research, and a list of links to other Web-based resources on AD.

Hutton Lab
Speaker Michael Hutton also has much information on his Web site, including a description of how the CHIP/Hsp70 system may regulate tau degradation.

Peter Davies is professor in the departments of pathology and neuroscience at the Albert Einstein College of Medicine in the Bronx. He is also Judith and Burton P. Resnick Professor of Alzheimer's Disease Research. Davies' lab focuses on defining the early biochemical events in the disease cascade from autopsy-derived human brain tissues and from the brains of transgenic mice. He is a strong advocate for research on tau in neurodegenerative diseases, and has developed tools to identify which changes in tau are important for disease.

Davies received his PhD in biochemistry from the University of Leeds in the UK in 1974. He completed a postdoc in the Department of Pharmacology at the University of Edinburgh in Scotland and began studying Alzheimer's disease at the Medical Research Council Brain Metabolism Unit, also in Edinburgh, joining Albert Einstein College of Medicine in 1977. He has received two MERIT awards, one from 1989 to 1999 from NIMH, and another that begun in 2003 from NIA. In 2004 he was awarded the Senior Investigator Award from the International College of Geriatric Neuropsychopharmacology.

David Holtzman is head of the department of neurology at Washington University in St. Louis and Andrew B. and Gretchen P. Jones Professor of Neurology and Molecular Biology & Pharmacology. He is also associate director of the Alzheimer's Disease Research Center and a member of the Hope Center for Neurological Disorders. Holtzman is involved in research and clinical work with the Washington University Memory and Aging Project and the Alzheimer's Disease Research Center. His research includes work on γ-secretase inhibitors and antibodies against Aβ, how apoE and related proteins regulate Aβ conformation and toxicity, the role of synaptic activity in Aβ regulation, and new ways to study Aβ synthesis and clearance.

After an MD at Northwestern University, Holtzman completed a neurology residency at the University of California, San Francisco. At UCSF, where he became an assistant professor, he established the Memory and Cognitive Disorders Clinic. He began his own lab at Washington University in December 1994. In 2002 Holtzman was granted the MetLife Award for promising research on Alzheimer's disease, and in 2003, the Potamkin Prize from the American Academy of Neurology for research on Alzheimer's, Pick's, and related disorders.

Michael Hutton is professor of neuroscience and associate professor of biochemistry and molecular biology at the Mayo Clinic College of Medicine in Jacksonville, FL. His work centers on tau, and the mechanisms by which tau causes cell death in neurodegenerative disorders. His lab identified a series of mutations in the tau MAPT gene that cause FTDP-17, and continues to explore how and why these tau mutations cause disease. The group also works to characterize the MAPT haplotypes in association with neurodegenerative disorders, characterize aberrant phosphorylation of tau, and explore how Hsp70 and CHIP regulate tau aggregation and degradation.

Hutton received his PhD at the University of Cambridge in the UK, where his doctoral research focused on the molecular biology of GABA and L-glutamate receptors. After a postdoc at the AFRC Laboratory of Molecular Signalling at the University of Cambridge, he took on another postdoc with John Hardy, where he began work on β-amyloid and tau. He has been recognized with a Potamkin award in 2000 and the MetLife Award in 2001.

Frank LaFerla is professor of neurobiology and behavior at the University of California, Irvine, codirector of the Institute for Brain Aging and Dementia, and a fellow at the Center for the Neurobiology of Learning and Memory. LaFerla's research focuses on the molecular pathogenesis of Alzheimer's disease. The lab has shown that the intracellular domain of APP plays a physiologic role in phosphoinositide-mediated calcium signaling. Gamma-secretase inhibition affects this process, as do presenilin mutations. The lab also is conducting extensive research with its triple-transgene mouse.

LaFerla received his PhD in microbiology from the University of Minnesota in 1990. After a postdoctoral fellowship in virology at the American Red Cross, where he studied HIV, he became interested in how viral mechanisms get protein into the brain, and thus in neurobiology and Alzheimer's disease. He joined UC Irvine in 1995 and became professor in 2005. He has been recognized, among other honors, with the Ruth Salta Junior Investigator Achievement Award in Alzheimer's Disease Research, as a Zenith Fellow by the Alzheimer's Association, and with a MetLife Foundation Award for Medical Research in Alzheimer's disease in 2006.

Thomas Lanz is a scientist in CNS Biology R&D at Pfizer in Groton, CT. Beginning at Pharmacia (now part of Pfizer), Lanz has spent the past five years pursuing multiple targets for Alzheimer's disease, with a particular focus on γ-secretase. He has authored several publications dealing with the pharmacodynamics of γ-secretase inhibitors. Prior to his work in Alzheimer's disease, Lanz studied physiology and behavior at the University of Connecticut and Colgate University, and functional neuroanatomy at Vanderbilt University and the National Institute of Mental Health.

Leonard Petrucelli is assistant professor in the department of neuroscience at the Mayo Clinic College of Medicine in Jacksonville, FL. His research probes the processes underlying neurodegeneration in Alzheimer's disease, Parkinson's disease, and other such disorders, focusing on the accumulation of toxic aggregation-prone proteins and subsequent impairment of the ubiquitin proteasome system, the cell's main method for degrading abnormal proteins.

Petrucelli received his PhD at the Loyola University School of Medicine in Chicago in 2000. After a postdoc at the Mayo Clinic in Jacksonville, he joined the institute as assistant professor in 2002.

Mark S. Shearman is senior director for neuroscience drug discovery at Merck Research Laboratories in Boston, MA, and has held that title since 2006. His current research focuses on Alzheimer's disease therapeutics.

Michael Wolfe is associate professor of neurology at Harvard Medical School and Brigham and Women's Hospital. In 2006 he established the Laboratory for Experimental Alzheimer Drugs at Harvard Medical School. The Wolfe lab focuses on the biochemistry of Alzheimer's disease, particularly β-amyloid; his group demonstrated that presenilin is the catalytic component of γ-secretase and published the first designed inhibitor of the enzyme in 1998.

Wolfe received his PhD in medicinal chemistry from the University of Kansas, and postdoctoral training in circadian rhythms and cell biology at the National Institutes of Health. At the University of Tennessee he studied amyloid and γ-secretase, and was appointed at Harvard in 1999. In 2003 he was recognized with the Sato Memorial International Award from the Pharmaceutical Society of Japan. He has also written about Alzheimer's disease for lay audiences.