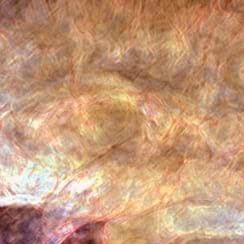 An Inside Look: PET and Drug Development

One of the many challenges in developing drugs for central nervous system disorders is that once a drug candidate is inside an organism, researchers have only a rough idea of what it's doing in there. The current era of sensitive, sophisticated molecular imaging technologies is now changing that. One method that has already generated powerful insights is positron emission tomography (PET), a nuclear imaging method that detects gamma rays emitted by a positron-emitting radionuclide tracer. This imaging technique was the focus of the October 21, 2008, meeting at the Academy.

Speakers described three disease areas in which imaging has been successfully used to enrich the understanding of the disease, provide insights into drug mechanism, or predict drug-candidate success. They also discussed PET's function in characterizing the chemistry at the synapse, and how PET and microdosing may be used to estimate receptor occupancy rates in the evaluation of a drug candidate.

Wong DF, Tauscher J, Gründer G. 2008. The role of imaging in proof of concept for CNS drug discovery and development. Neuropsychopharmacology Oct 8. [Epub ahead of print]

He has been involved in designing and applying radiopharmaceuticals to study brain chemistry with PET and SPECT since the beginning; he was part of the team that carried out the first human D2 dopamine PET with 11C-3-n-methylspiperone in the early 1980s. As director of the High Resolution Brain PET Imaging section, Wong's lab consists of a group of approximately 15 researchers, including psychologists, psychiatrists, nuclear medicine physicians, and chemists who work with Hopkins' high resolution PET device.

Michael Klimas is executive director of Merck Discovery Imaging and Cardiovascular Imaging Lead at Merck Research Laboratories in Boston, where he directs preclinical and translational imaging across modalities and therapeutic areas. His research interests include chemistry as applied to biological and pathological signaling, and imaging in pharmacology and adaptive biological responses.

Klimas received his PhD in 1988 from Yale University, and has an MBA from the University of Chicago. He was previously at GE Healthcare as director of molecular imaging. Prior to that, he was involved in CNS, respiratory and immunological drug discovery at AstraZeneca.

Stephen L. Dewey is a senior scientist of the Chemistry and Medical Department at Brookhaven National Laboratory. He is also research professor of psychiatry at the New York University School of Medicine and adjunct professor in the departments of Neurobiology and Behavior, and Molecular and Cellular Pharmacology at SUNY, Stony Brook. He is an expert in imaging of the biology of addiction. His research focuses on the biology of healthy and disordered neurotransmitter interactions, behavioral pharmacology and animal models of addiction, and neuroimaging.

Dewey received his PhD from the University of Iowa in 1985, completed a postdoctoral fellowship at SUNY, Stony Brook in 1986, and has been with Brookhaven since 1986.

Svante Nyberg is the leader of the AstraZeneca PET working group, which collaborates with the Karolinska Institute, and of the Seroquel science strategy team. He was previously director of Neuroscience Discovery Medicine, overseeing clinical translational science in analgesia, neurology, and psychiatry.

Nyberg received his MD from Umeå University in Sweden and completed his residency in psychiatry in 1989. He served as senior consultant in the Department of Psychiatry at the Karolinska Hospital, where he led a large outpatient unit for patients with schizophrenia and conducted PET studies on antipsychotic drug action. He presented his PhD thesis at the Karolinska Institute in 1995. Nyberg was section head of the Department of Psychiatry at Huddinge Hospital, and chaired the psychiatry group of the Drug Committee in Stockholm. He joined AstraZeneca in 2004, where he has worked on early clinical development in the neuroscience domain.