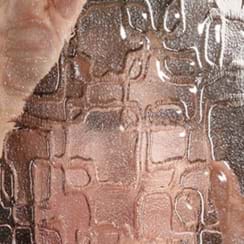 Autism Spectrum Disorders: From Genes to Targets to Treatments

Autism spectrum disorders (ASD) are neurodevelopmental syndromes that affect up to 1% of the population. There are no effective treatments for the core diagnostic symptoms of impaired social interactions, communication deficits, repetitive behaviors, and restricted interests. In this symposium, Autism Spectrum Disorders: From Genes to Targets to Treatments, speakers explored and discussed emerging areas of research that are laying the foundation for development of novel therapeutics to treat autism spectrum disorders. This symposium held at the New York Academy of Sciences on April 26, 2011, and presented by the Biochemical Pharmacology Discussion Group, experts from a range of backgrounds came together to explore these important disorders and their treatment.

Joseph Buxbaum, Director of the Seaver Autism Center at the Mount Sinai School of Medicine, started the symposium with a presentation of one of his recent strategies: To begin with a complete list of the monogenic forms of ASD and to follow up with wide and narrow systems-biological analyses of the pathways for these forms of ASD. In particular he discussed his group's work on the involvement of the ionotropic glutamate receptor in monogenic syndromes that can cause ASD. In addition, his group has focused on mice deficient in the Shank3 protein. These mice displayed alterations in AMPA glutamate receptors and ASD-like behavior and therefore demonstrate a promising target pathway for future ASD therapies. Buxbaum also discussed efforts to research the many additional genes involved in intellectual disability (ID) as a way to understand some of the possible genetic underpinnings of a variety of neurodevelopmental disorders including ASD. For example, he and his colleagues carried out the same systems biology analyses in almost 300 genes involved in ID. Investigating pathways in ASD and in ID appears to be a good way to approach the complex set of cognitive and social impairments observed in neurodevelopmental disorders.

Eric Hollander of Albert Einstein College of Medicine and Montefiore Medical Center then stated that some ASD symptoms can be shared with first-degree family members. He also discussed many experimental therapeutics for these symptoms. In particular, oxytocin, a hormone that has been linked to social recognition, pair bonding, social cognition, and social memory, among other behaviors, is a promising therapeutic possibility. Hollander and colleagues have had success modulating core symptom domains of autism and increasing the occurrence of "healthy individual-like" behavior with this hormone.

Robert Schultz from the University of Pennsylvania and the Children's Hospital of Philadelphia discussed the development of biomarkers for ASD, and noted that brain tissue overgrowth is an accurate biomarker for ASD. His search for this biomarker and others began with an intensive examination of cognitive and neuroimaging data on social functioning in ASD. His work focused on features of these data that have been observed across multiple studies because these features are more likely to indicate reliable endophenotypes of ASD. After honing in on the criteria for endophenotypes, he then reviewed promising candidate brain and behavioral markers for ASD, with a focus on the social brain.

A colleague of Schultz's from the University of Pennsylvania and Children's Hospital of Philadelphia, Timothy P. Roberts then examined diagnostic and prognostic biomarkers, focusing his talk on magnetoencephalography (MEG) and electrophysiology studies. Electrophysiological measures of auditory processing by individuals at different stages of development may offer diagnostic insight. Results from individuals early on in life could indicate whether those individuals have ASD per se, and studies later in the lives of those with ASD could help distinguish between different sub-types of ASD.

Peter Crino of the University of Pennsylvania and the Children's Hospital of Philadelphia concluded the symposium with a presentation on epilepsy and ASD comorbidities. He covered focal cortical malformations (FCM) and focal cortical dysplasia (FCD), congential malformations in the brain linked with epilepsy and associated with abnormal signaling activation of the mTOR pathway. While rapamycin, ordinarily used as an immunosuppressant, appears to be a very promising compound for its effect on the cognitive deficits associated with ASD, it has had serious side effects on gene expression, and its use therefore needs further investigation.

For a related podcast, On The Cutting Edge of Autism Research, from our sister program Science & the City, click here.

Joseph D. Buxbaum is the G. Harold and Leila Y. Mathers Professor of Psychiatry, Neuroscience, and Genetic and Genomic Sciences, and the Head of The Laboratory of Molecular Neuropsychiatry at Mount Sinai. Buxbaum is the Director of the Seaver Autism Center, and his research focuses on using techniques of molecular genetics and molecular neuroscience to identify, and ultimately characterize, genes that contribute to autism susceptibility. His laboratory has identified common and rare genetic variants that underlie autism and autism spectrum disorders and has developed model systems in which novel therapeutics can be tested. In addition, Buxbaum has taken a lead in several international consortia dedicated to advancing research in autism spectrum disorders. He is co-editor-in-chief of the journal Molecular Autism.

Jacqueline Crawley is Chief of the Laboratory of Behavioral Neuroscience of the Intramural Research Program, National Institute of Mental Health, NIH in Bethesda, Maryland. She received a BA in Biology from the University of Pennsylvania in 1971 and her PhD in Zoology from the University of Maryland in 1976, and she conducted postdoctoral research in neuropsychopharmacology at Yale University School of Medicine. She is an Adjunct Professor at Georgetown University and the recipient of numerous honors and awards. She serves as Editor-in-Chief of the journal Neuropeptides and is on the editorial boards of twelve scientific journals. Crawley authored the widely-used book What's Wrong With My Mouse? Behavioral Phenotyping of Transgenic and Knockout Mice. Her research team developed a three-tiered strategy for mouse behavioral phenotyping, which has been applied to investigate mutant mouse models of Alzheimer's, anxiety, Ataxia Telangiectasia, attention deficit hyperactivity disorder, autism, cognitive decline, depression, epilepsy, Fragile X syndrome, Lowe syndrome, Phelan-McDermid syndrome, Sandhoff's, schizophrenia, Smith-Lemli-Opitz syndrome, and Tay-Sachs. Currently Dr. Crawley's research program focuses on behavioral phenotyping of mouse models of autism.

Peter Crino received his MD from Yale and his PhD in Neuroscience from Boston University. He completed neurology residency training and a Howard Hughes Medical Institute post-doctoral fellowship in molecular biology at the University of Pennsylvania. He is currently Associate Professor in the Department of Neurology and Director of the epilepsy program at Penn. Crino maintains an NIH funded research program focused on developmental brain malformations associated with epilepsy and autism.

Eric Hollander is Director of the Compulsive, Impulsive and Autism Spectrum Disorders Program, and Clinical Professor of Psychiatry and Behavioral Sciences at the Albert Einstein College of Medicine and the Montefiore Medical Center University Hospital. Formerly, he has served as the Esther and Joseph Klingenstein Professor and Chairman of Psychiatry, Director of the Seaver and Greater NY Autism Center of Excellence, and Director of the Compulsive, Impulsive and Anxiety Disorders Program at Mount Sinai School of Medicine. Before that, he was Associate Professor of Psychiatry and Director of the Compulsive and Impulsive Disorders Program at Columbia University College of Physicians and Surgeons. He is involved in research on the neuropharmacology, neuropsychiatry, functional imaging, and treatment of obsessive-compulsive disorder, impulsive/aggressive personality disorders, obsessive-compulsive-related disorders such as body dysmorphic disorder, pathological gambling, and autism. During his career, Hollander has published more than 500 scientific reports in the psychiatric field. He has edited 19 books, including the American Psychiatric Publishing Textbook of Autism Spectrum Disorders (2011).

Tim Roberts obtained his PhD from Cambridge University, England in 1992. He has subsequently been on the faculty at UCSF and the University of Toronto and is presently holder of the Oberkircher Family Chair in Pediatric Radiology and Vice-Chair for Research in the Department of Radiology at Children's Hospital of Philadelphia as well as Professor of Radiology, University of Pennsylvania. His work in 4D functional imaging using biomagnetic recording as well as advanced MRI techniques (such as diffusion tensor imaging), specifically in the study of auditory processing and language has been supported by the National Alliance for Autism Research and is presently supported by Autism Speaks, the Nancy Lurie Marks Family Foundation, the Commonwealth of Pennsylvania, and NIH. He has published in excess of 200 scientific papers, mostly in the field of physiologic and functional imaging, reviews grant proposals for NIH (standing member, DBD) and several equivalent international agencies (UK, Germany, Austria, Singapore, Israel, Cyprus, Canada, Holland), and serves on the executive committee of the American Society for Neuroradiology, the American Society for Functional Neuroradiology (President 2009–2010) and the International Society for the Advancement of Clinical MEG (President 2009–2011).

Robert T. Schultz received his PhD in Psychology in 1991 from the University of Texas at Austin, receiving training in psychopathology, neuropsychology and behavioral genetics. He received postdoctoral training in cognitive neuroscience at Yale University, and joined the faculty there in 1994, where he rose to be the Harris Associate Professor of Child Psychology and Psychiatry. In 2007 he moved to Children's Hospital of Philadelphia, and became the Director of a new center: the Center for Autism Research (CAR). He is also the RAC Endowed Professor of Psychology in the Department of Pediatrics at the University of Pennsylvania School of Medicine. He is the recent past President of the International Society for Autism Research, and has served as the Associate Editor of the society's journal, Autism Research. His research interests are broad, and include the relationships between genes, brain, behavior and treatment in autism. He is best known for his work with functional MRI to study the social brain in autism, and for his interest in social perception, and the development of novel computer based gaming approaches to treating these social deficits.

This event was funded in part by the Life Technologies™ Foundation.