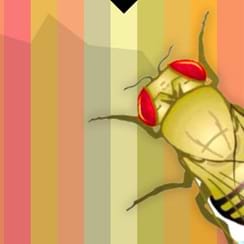 MicroRNAs, so called because of their tiny size (just 21-22 nucleotides long), inhibit gene expression by acting on messenger RNA targets in both plants and animals. The genes that encode microRNAs make up a substantial part of eukaryotic genomes, up to 1% or more in some species. Finding all the targets of these regulatory RNA snippets in animal cells and, more generally, discovering the rules for predicting their targets, has become a challenge both for basic biology and computational biology.

On February 17, 2005, the New York Academy of Sciences hosted an event in which researchers who have developed algorithms for predicting microRNA targets were invited to test them on a specific problem. The algorithms miRanda, Diana MicroT, PicTar, RNA22, RNAhybrid, and targetscanS were employed to predict human and various vertebrate targets for the microRNAs let-1b and miR-21. The evening also featured talks from David Bartel, Nikolaus Rajewsky, and Frank Slack, who presented more detailed discussions of their strategies for predicting miRNA targets.

Software mentioned in this eBriefing

Other sites of interest

Ambion
An miRNA resource, featuring an introduction to miRNA, a database of published miRNAs, a reading room on miRNA research, and a reference list.

MicroRNA Target Practice
An article in The Scientist magazine about this meeting at the Academy. (subscription required)

The miRNA Registry
Published by the Sanger Institute, this site provides miRNA gene hunters with unique names for novel miRNA genes prior to publication of results, and offers a searchable database of published miRNAs.

MiRscan Web Server
If you enter the sequences of two hairpins, MiRscan will assign them a score, based on their similarity to 50 pairs of experimentally verified C. elegans/C. briggsae microRNA hairpins.

David Bartel is member of the Whitehead Institute on Biomedical Research and professor of biology at Massachusetts Institute of Technology. His current research focuses on RNA catalysts and microRNA. Bartel and colleagues at his Whitehead laboratory use a number of techniques to investigate microRNA-guided regulatory processes, and work to create new RNA enzymes (ribozymes) to help understand biocatalysis and its importance in the early evolution of life. Bartel's lab was also involved in the early development of RNA-interference, beginning the work to extend the technique to mammalian cells.

Bartel received his PhD in virology from Harvard University in 1993 and joined MIT as a Whitehead Fellow in 1994. Since then, he has received a number of honors and awards, including the 1997 Searle Scholarship, the 2002 Newcomb Cleveland Prize from the American Association for the Advancement of Science, and the 2005 Molecular Biology Award from the National Academy of Sciences. He recently became a Howard Hughes Medical Institute investigator. From 1984-1987, before beginning his graduate studies at Harvard University, Bartel served as a rural development worker in Zambia, Africa.

Nikolaus Rajewsky is assistant professor of biology and mathematics at New York University and is associated with the Courant Institute of Mathematical Sciences. His primary focus is on the specificity of gene expression, with particular interest in gene regulation of eukaryotes. Rajewsky's laboratory develops computer algorithms to identify and characterize genomic regulatory elements and networks which are then tested experimentally in different systems. They are also interested in the logic of transcriptional control and in the identification of microRNA gene targets.

Rajewsky received his PhD in theoretical physics from the University of Cologne in 1998. He served postdoctoral fellowships at Rutgers University and the Rockefeller University from 1998-2002, and then spent one year as a Rockefeller University research professor. In 2003 Rajewsky joined the faculty of NYU and received a Whitehead NYU Junior Fellowship. He recently served as associate editor of Bioinformatics and as editor of the Journal of Statistical Mechanics: Theory and Experiment.

Chris Sander is head of the Computational Biology Center and chairman of the computational biology program at Memorial Sloan-Kettering Cancer Center. Sander is widely acknowledged as a founder of the field of computational biology, in which his primary interests are in predictive simulations of biological processes, integrated molecular profiling of disease states, structural genomics, and gene regulation by microRNAs. In addition to his work at Memorial Sloan-Kettering, he is executive editor for the journal Bioinformatics, and serves as advisor to the Protein Structure Initiative of the National Institutes of Health, the Mayo Clinic Genomic Center, and the IBM Deep Computing Initiative.

Sander received his PhD in theoretical physics in 1975 and conducted postdoctoral research at the Max Planck Institute for Medical Research and at the Weizmann Institute of Science. Before joining Memorial Sloan-Kettering, he worked as chief information science officer with Millennium Pharmaceuticals, as senior scientist with the European Bioinformatics Institute, and as founding chair of the department of biocomputing at the European Molecular Biology Laboratory.

Artemis Hatzigeorgiou is assistant professor of genetics at the University of Pennsylvania School of Medicine and at the Penn Center for Bioinformatics. Her primary interests are in bioinformatics, computational biology, and artificial neural networks. As head of U. Penn's DNA and protein analysis laboratory, Hatzigeorgiou conducts research on a number of fundamental issues of molecular biology, focusing on nucleotide and amino acid sequences. She and colleagues use computational methods to design and improve algorithms for sequence analysis, and to better understand and simulate the biological processes that occur in the cell. Hatzigeorgiou also is chief scientist and co-founder of Synaptic Ltd., a Greece-based software company devoted to the development and application of novel algorithms such as artificial neural networks and evolutionary methods.

Hatzigeorgiou conducted her graduate studies in Germany, where she received her PhD in molecular biology from the University of Jena in 2001. She has held research positions at a number of institutions including the German Cancer Research Center, where she received the 1995 Best Young Research Performance Award. In 2000, Hatzigeorgiou's work with Synaptic Ltd. earned her two entrepreneurial awards from the Greek State Organization of Small and Medium Enterprises.

Isidore Rigoutsos is manager of the bioinformatics and pattern discovery group at the IBM Watson Research Center, where he and colleagues address various problems in molecular biology. Current research topics include, among others, gene discovery in prokaryotic genomes, comparative and evolutionary genomics, and RNA interference in eukaryotes and viruses. In addition to his position at IBM, Rigoutsos is visiting lecturer in the department of chemical engineering at MIT. He holds editorial positions with the journals Genomics, Bioinformatics, Gene Therapy and Molecular Biology, Journal of Human Genomics, and the International Journal of Bioinformatics Research and Applications.

Rigoutsos holds a PhD in computer science from New York University's Courant Institute of Mathematics, where he also served as adjunct professor. He was the recipient of a Fulbright Scholarship from 1985-1990 and the Harold Grad Memorial Award from the Courant Institute in 1991. Rigoutsos was elected Fellow of the American Institute for Medical and Biological Engineering in 2003.

Marc Rehmsmeier is with the Center for Biotechnology at Bielefeld University, where he leads the junior research group on the bioinformatics of regulation. Rehmsmeier's research is focused on several areas, including the bioinformatics of regulatory elements, RNA secondary structure analysis, protein sequence database searching, and algebraic dynamic programming. His current work with microRNA involves the prediction and experimental validation of human and plant microRNA targets.

Rehmsmeier conducted his graduate studies at Bielefeld University, where he received a diploma in computer science and then a Dr. rer. nat. (PhD) in 2002. From 1996-2001, he worked as staff scientist in the department of bioinformatics at the German Cancer Research Center. Shortly after beginning his graduate studies, Rehmsmeier was winner of the 1991 Bundeswettbewerb Informatik, a country-wide student competition in computer science.

Frank Slack is assistant professor in the department of molecular, cellular, and developmental biology at Yale University, where he studies the mechanisms of developmental timing. Work in his laboratory focuses on the role of microRNAs, heterochronic genes, and circadian timing genes in biological timing and disease. Slack also works in affiliation with the Yale Cancer Center and the Yale University Center for Genomics and Proteomics. His professional memberships include the American Association for the Advancement of Science and the Genetics Society of America.

Slack received his PhD in molecular biology from Tufts University School of Medicine in 1993. Between 1993 and 1999, he served postdoctoral fellowships at Stanford University School of Medicine, Harvard Medical School, and Massachusetts General Hospital in the fields of biochemistry, genetics, and molecular biology, respectively. Slack has served as reviewer and chair for numerous committees and organizations, and has lectured on various topics in molecular, cellular, and developmental biology throughout the US and abroad.

Beth Schachter, PhD, writes about life science, medicine and biotechnology for professional and lay audiences. She has published in Nature Biotechnology, The New York Times, The Scientist, Bio IT-World, and the HMS Beagle, and has written for the Howard Hughes Medical Institute, The Society for Women's Health Research and The Institute of Medicine. Before turning to writing, she served as HMS Beagle's first scientific editor.

Schachter's benchtop-to-laptop transition took place in 1997. Before that she was a biomedical researcher. She had been an Associate Professor at Mount Sinai Medical School, and also had taught at Cold Spring Harbor Laboratories. She received her PhD in cell and molecular biology from University of Southern California, and received postdoctoral training at the University of California, San Francisco and Columbia University. Beth is the 2004-5 Co-Chair of Science Writers in New York (SWINY), the local affiliate of National Association of Science Writers.