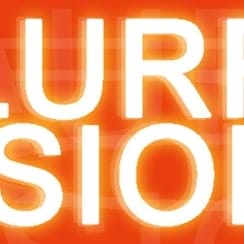 Presented by Princeton University and the New York Science Alliance

In a symposium held at Princeton University on November 8, 2005, scientists, writers, and editors gathered to discuss the problem of gaps in the public understanding of science and to determine how they can help correct these misconceptions.

Following an introduction by Shirley Tilghman, the conference's morning presentations were devoted to three topics that have generated controversy: Dean Hamer discussed his work on the genetics of homosexuality. Paul Offit examined the persistence of the scientifically unjustified belief in a link between autism and the measles-mumps-rubella vaccine. And William Murphy described his work in chromosomal changes and evolution, and its implications for understanding human disease.

In the afternoon sessions, two panels of scientists, writers, editors, and publishers took up the topics of the influence of politics and media on the public perception of scientists and science.

Please use the tabs above to find a meeting report and multimedia from this event.

The Scopes Trial
The University of Missouri-Kansas City Law School has created web pages concerning Tennessee vs. John Scopes and the full text of the ruling of Epperson vs. Arkansas, which outlawed teaching of evolution in the science curriculum.

Union of Concerned Scientists
A nonprofit organization of citizens and scientists that attempts to prevent the misuse of science and technology in society. On February 18, 2004, over 60 leading scientists signed a statement on Restoring Scientific Integrity in Policymaking.

Dean H. Hamer. 1998. Living with Our Genes: Why They Matter More Than You Think. Doubleday, New York.
Amazon

Dean Hamer. 1994. The Science of Desire: The Gay Gene and the Biology of Behavior. Simon & Schuster, New York.
Amazon

Shirley Tilghman obtained her PhD at Temple University in 1975, and went on to postdoctoral studies at the National Institutes of Health with Philip Leder. As a fellow, she participated in the cloning of the β-globin genes of the mouse, and showed that their coding sequences were interrupted by intervening sequences.

As an independent investigator at the Fox Chase Cancer Center, Tilghman studied the genomic organization and regulation of genes expressed in early mammalian development. In 1986 she moved to Princeton University to become the Howard A. Prior Professor of Life Sciences, and in 1988 joined the Howard Hughes Medical Institute as an Investigator. In the past 15 years she has focused her work on the function and mechanism of genomic imprinting, a genetic phenomenon in which genes are silenced according to their parent-of-origin.

Tilghman was elected Princeton University's 19th president on May 5, 2001. In 2002, Tilghman was one of five winners of the L'Oreal-UNESCO international For Women in Science Award, and the following year received the Lifetime Achievement Award from the Society of Developmental Biology. She is a member of the American Philosophical Society, the National Academy of Sciences, the Institute of Medicine and the Royal Society of London. She also serves as a Trustee of The Jackson Laboratory and the Carnegie Endowment for International Peace.

Silver is the author of Remaking Eden: How Genetic Engineering and Cloning Will Transform the American Family and two textbooks for undergraduates and professional scientists. He has pioneered scientific and academic work on genetics, biotechnology, ethics and religion, and has helped shape public bioethics and reproductive policy by testifying before state and national congressional committees. His current book, to be published in the spring of 2006 by Ecco Press, is entitled Challenging Nature: The Clash of Science and Spirituality at the New Frontiers of Life.

Dean Hamer has worked at the National Institutes of Health for more than 25 years and is currently serving as chief of the gene structure and regulation section in the laboratory of biochemistry at the National Cancer Institute. His research has spanned the field of molecular biology from the earliest days of gene transfer to current research on molecular therapeutics for HIV/AIDS. He is best known for studying the role of inheritance in human behavior and personality traits.

Hamer's three books—The Science of Desire, Living With Our Genes, and The God Gene—explore the genetic influence behind complex and often controversial subjects such as sexual orientation and spirituality, addressing a range of important scientific, social and ethical issues.

William Murphy has received national attention for his characterization of unique similarities and differences amongst diverse genomes of mammals and for his work on the resolution of the mammalian phylogenetic hierarchy. His research interests include comparative genomics, genome evolution, molecular phylogenetics, and mammalian evolution. While at the National Cancer Institute, he helped to reveal that throughout evolutionary transitions, breakages in mammalian chromosomes have occurred at preferred rather than random sites, as was long thought.

Murphy now serves as an associate professor at the department of veterinary integrative bioscience in the College of Veterinary Medicine at Texas A&M University.

Paul Offit is the Chief of Infectious Diseases at the Children's Hospital of Philadelphia and the Maurice R. Hilleman Professor of Vaccinology at the University of Pennsylvania School of Medicine. As an internationally recognized expert in the fields of immunology and virology, Offit has received numerous awards, including the J. Edmund Bradley Prize for Excellence in Pediatrics and the Young Investigator Award in vaccine development. In April 2000, he gave a congressional testimony to the House Government Reform Committee arguing against a link between the MMR vaccine and autism. Offit has authored many publications concerning vaccinations including his most recent books, The Cutter Incident: How America's First Polio Vaccine Led to Today's Growing Crisis in Vaccines and Vaccines: What You Should Know.

David Greenberg is an assistant professor of history and media studies at Rutgers University. He is a historian of 20th-century politics and culture. He is the author of Nixon's Shadow: The History of an Image, which received the Bancroft Dissertation Prize in 2001, the Washington Monthly's Annual Political Book Award in 2003, and the American Journalism Historians' Award in 2003.

Having served as acting editor and managing editor of The New Republic, Greenberg now frequently contributes to The New York Times, The Washington Post and other popular and scholarly publications. He also writes Slate Magazine's "History Lesson" column.

Samuel Wang currently serves as an assistant professor in the department of molecular biology and program in neuroscience at Princeton University.While his current research interests lie in neural circuitry and learning, his experiences outside of the laboratory also serve to establish a unique perspective on science and public policy.

Wang worked as a Legislative Fellow in the U.S. Senate in 1995-1996 through the American Association for the Advancement of Science's Congressional Science and Engineering Fellowship Program. After this foray into education and research policy, he worked as a researcher at Bell Labs in 1997 before opening his own laboratory at Princeton University in 2000.

Wang also received national media attention for his meta-analysis of polls for the 2004 presidential election.

Esther Kaplan is a radio and print journalist, as well as a community activist. She is a contributing editor at POZ, the national AIDS magazine; was acting senior editor at The Nation; and currently writes for The Nation, The Village Voice, and other publications. For ten years, Kaplan has been co-host of Beyond the Pale, a weekly radio program covering Jewish culture and politics on WBAI/ New York. She is also the producer of The Communique, a public affairs program on WNYE/ New York. Her book, With God on Their Side: George W. Bush and the Christian Right, was recently released in paperback by The New Press.

Author of more than a hundred technical papers on the structure and properties of single-crystal surfaces, Park now devotes himself to helping the public distinguish genuine scientific advances from foolish and fraudulent claims. A frequent guest on news programs, he posts a provocative and widely-read weekly column on the internet and is the author of Voodoo Science: the Road from Foolishness to Fraud.

Author or coauthor of four books, including The Common Symptom Answer Guide (McGraw-Hill, 2004), he has written for publications including the Baltimore Sun, Boston Globe, Fitness, The Forward, The Lancet, The New Republic, The New York Sun, POZ, Salon, Slate, U.S. News and World Report, and USA Today, and has served as an editor at Reuters Health.

In 2002, Oransky was elected to the board of directors of the Association of Health Care Journalists and became an adjunct professor in NYU's Science and Environmental Reporting Program, where he teaches medical writing.

Sarah Greene is director of publishing & new media for the New York Academy of Sciences, where she publishes the 183-year-old Annals series of conference proceedings, develops eBriefings based on scientific symposia and conferences, and founded the webzine of science and culture, Science & the City. The web site she developed for NYAS won the Webby Award for top association site in 2005.

Following years of research in soil microbiology, she began her career in publishing as a senior editor at Macmillan Publishing Company, where she developed a series of research monographs for biologists. She went on to develop, with John Wiley & Sons, Current Protocols, a series of updateable lab manuals for researchers. Greene next founded the webzine of biology & culture, HMS Beagle, and subsequently served as president and CEO of the parent site, BioMedNet. Later, as founder, president and CEO of Praxis Press, she developed original content with MDs, including Best Practice of Medicine, Best Health Guide, MDAlerts, and Praxis Post, an award-winning webzine of medicine and culture.

[Editor's note: Since this eBriefing was published, Sarah Greene has left the Academy.]

Beatrice Renault, an investigator formerly of the department of molecular genetics at the Albert Einstein College of Medicine, currently supervises publication of journals under the Nature Publishing Group. During her time as a researcher, she contributed to the high-resolution mapping of the human genome, including initiating the Internet-based support for a genome center to map human chromosome 12 in 1995.

While she was the editor of Nature Medicine and now as the publisher of the Nature research journals, Renault actively promotes and supports young investigators on an international level to expand and enhance the quality of scientific research worldwide.

[Editor's note: Since this eBriefing was published, Beatrice Renault has left the Nature Publishing Group.]