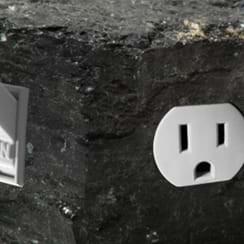 As awareness of the seriousness of global warming has increased, more attention is being paid to one of the world's biggest greenhouse gas emission culprits—coal-powered electricity generating plants. According to the U.S. Environmental Protection Agency (EPA), 82% of anthropogenic carbon dioxide emitted in the United States comes from the combustion of fossil fuels, including petroleum and natural gas. But while these data from 2001 show that coal burning accounted for only 23% of U.S. primary energy consumption, the resulting carbon dioxide emission contribution was more than a third—37%.

The Future of Coal
Report issued by Massachusetts Institute of Technology, March 14, 2007.

Retrofitting Coal-Fired Power Plants for Carbon Dioxide Capture and Sequestration–Exploratory Testing of NEMS for Integrated Assessments
Working draft of a paper by the Department of Energy, January 18, 2008. (PDF, 1.04 MB)

Yegulalp TM, Lackner KS, Ziock H-J. 2000. A review of emerging technologies for sustainable use of coal for power generation. Proceedings of the Sixth International Symposium on Environmental Issues and Waste Management in Energy and Mineral Production. Calgary, Alberta, Canada, May 30-June 2, 2000.

Professor Klaus S. Lackner joined the faculty of Columbia University in 2001, where he is now the Ewing-Worzel Professor of Geophysics in the Department of Earth and Environmental Engineering. He received his PhD in 1978 in theoretical physics from the University of Heidelberg, Germany. He held postdoctoral positions at the California Institute of Technology and the Stanford Linear Accelerator Center before joining Los Alamos National Laboratory in 1983. He has been a scientist in the Theoretical Division for much of that time, but also has been part of the Laboratory's upper management. He held several positions among them Acting Associate Laboratory Director for Strategic and Supporting Research, which represents roughly a third of Los Alamos National Laboratory.

Klaus Lackner's scientific career started in the phenomenology of weakly interacting particles. Later searching for quarks, he and George Zweig developed the chemistry of atoms with fractional nuclear charge. He is still participating in matter searches for particles with a non-integer charge in an experiment conducted at Stanford by Martin Perl and his group. After joining Los Alamos National Laboratory, Klaus Lackner became involved in hydrodynamic work and fusion related research.  In recent years, he has published on the behavior of high explosives, novel approaches to inertial confinement fusion, and numerical algorithms. Currently he is developing innovative approaches to energy issues of the future. He has been instrumental in forming ZECA, the Zero Emission Coal Alliance, which is an industry-led effort to develop coal power with zero emissions to the atmosphere. His recent work is on environmentally acceptable technologies for the use of fossil fuels.

Alex Fassbender is a professional engineer (PE) and the chief technology officer and executive vice president of ThermoEnergy Corporation in Little Rock, Arkansas. He is also the president of ThermoEnergy Power Systems, a related company, where he is leading the development and commercialization of a zero-emission, pressurized oxy-fuel process–the ThermoEnergy Integrated Power System (TIPS). Prior to joining ThermoEnergy, he held engineering and management positions as Pacific Northwest National Laboratory. He has been awarded 13 patents covering combustion and water treatment and has received four R&D 100 awards. He holds a BS in chemical engineering from the University of California at Berkeley and an MS in chemical engineering and an MBA, both from the University of Washington.

As a journalist living near New York City, Karla Harby has written for Scientific American, Discover and the Reuters news agency. In her other career, she is a professional flutist.