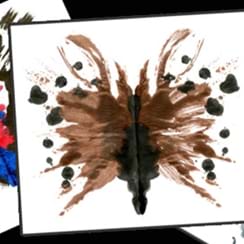 Collateral Damage: How the Immune Response Can Cause Neuropsychiatric Illness

The highly interdisciplinary field of psychoneuroimmunology addresses the dynamic interface between the immune system and the brain. For quite some time the immune system was regarded as the target of events arising in the brain. Recognition of the fascinating and far more complex reality of bi-directional communication between the brain and immune system—in which elements of the immune response itself are capable of significantly influencing events in the brain—emerged about 25 years ago. This bi-directional perspective now provides a fertile area for surprising and fundamental insights into central nervous system (CNS) pathologies that have, until now, proved highly elusive to understanding and effective treatment.

At a December 13, 2006, Academy meeting on the subject of psychoneuroimmunology researchers presented work on the involvement of specific inflammatory cytokines in the development of depression, research into the underpinnings of neuropsychiatric lupus, and an overview of PANDAS (Pediatric Autoimmune Neuropsychiatric Disorders Associated with Streptococcal infections), a patient subset of childhood onset obsessive-compulsive disorder.

Cytokines Sing the Blues: Inflammation and the Pathogenesis of Depression

Andrew Miller is an investigator in the Mind-Body Program in the Department of Psychiatry and Behavioral Sciences at Emory University School of Medicine.

Miller attended medical school at the Medical College of Georgia and graduated with his MD in 1981. He did his residency in psychiatry at the Albert Einstein College of Medicine/Montefiore Medical Center in the Bronx, New York, followed by a fellowship in biological psychiatry and psychopharmacology at Albert Einstein. During his fellowship, Miller began his first studies examining the impact of the neuroendocrine system on the immune system including studies on the effects of tricyclic antidepressants on immune function. While at Albert Einstein, Miller also received a Research Scientist Development Award, which he has held until the present.

Betty Diamond is the head of the Center for Autoimmune Diseases at the Feinstein Institute of Medical Research, North Shore–Long Island Jewish Health System, which is part of the Albert Einstein College of Medicine.

Diamond received her MD from Harvard Medical School and completed her residency at Columbia Presbyterian Medical Center in New York. After postdoctoral work in immunology at Albert Einstein College of Medicine, she stayed at that institution for 25 years, holding various positions, including chief of rheumatology, director of the Medical Scientist Training Program, the Mitrani Chair in Cardiovascular Research and the Murray and Evelyne Weinstock Chair in Immunology. In 2004, Diamond joined the Departments of Medicine and Microbiology at Columbia University, College of Physicians and Surgeons, where she was the Dorothy and Daniel Silberberg Professor of Medicine and Microbiology. She was also chief of the Division of Rheumatology at Columbia University Medical Center.

Susan Swedo is associate director for Pediatric Research, and chief of the Pediatric & Developmental Neuropsychiatry Branch at the National Institute of Mental Health (NIMH). As a tenured investigator in the NIMH intramural research program, Swedo leads a clinical research team investigating the causes and treatment of pediatric neuropsychiatric disorders such as obsessive-compulsive disorder (OCD), anxiety disorders, and movement disorders, including Sydenham chorea and Tourette's Syndrome. Swedo and her colleagues were the first to identify a post-infectious subtype of OCD, which is known as PANDAS. This line of research has resulted in several novel treatment and prevention strategies for childhood-onset OCD, as well as a patent for a biological marker that can be used to identify at-risk children.

Swedo received her MD from Southern Illinois University School of Medicine in 1980 and completed her residency at Northwestern University's Children's Memorial Hospital. She began her career as a practicing pediatrician in Chicago, where she served as chief of Adolescent Medicine at the McGaw Medical Center of Northwestern University. Swedo moved to the Washington area in 1986 and joined the staff of Judy Rapoport's Child Psychiatry Branch, where she conducted research on a variety of childhood psychiatric disorders.

The recipient of numerous awards, including the Academy of Child and Adolescent Psychiatry Award for Scientific Achievement and the American College of Neuropsychopharmacology International Award for Clinical Research, Swedo is the author of more than 90 professional books and articles. She is also the co-author with Henrietta Leonard of two trade books: It's Not All in Your Head and Is It Just a Phase?—a parent's guide to childhood behavioral problems.

Sheila Sperber Haas is a freelance science and health care writer living in New York City who writes about issues ranging from molecular biology and immunology to complementary and alternative medicine. Her varied projects include Dermatology Focus, bringing the forefront of molecular investigative dermatology to a clinical readership.