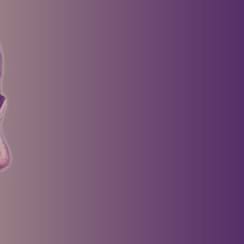 Immunotherapy for neurodegenerative disease has a strong rationale: there's already growing evidence that the body's own immune system attempts to attack and destroy the aberrant proteins that are important in diseases such as Alzheimer's, Parkinson's, Huntington's, and the prionoses. Experiments with animal models—and some in humans—also provide a wealth of evidence that immune system molecules can be shaped and channeled, increasing their potency and selectivity against these targets.

So far, the most prominent test of the idea of harnessing the immune system against neurodegenerative disease was the simultaneously promising and troublesome trial of the Elan Pharmaceuticals amyloid-β 42 vaccine. On the one hand, this trial showed that a vaccine can induce an immunological response against Aβ-42, and amyloid burden was reduced and some cognitive benefits were seen. However, the trial had to be called off in February 2002 because 6% of the AD patients involved developed encephalitis due to excessive cell-based immunity to Aβ. These patients got over the encephalitis in the next few months. Now, the challenge is to refine and improve this Aβ clearing response without sparking cell-mediated immunity. Techniques that may produce better results include passive immunization and active immunization that avoids a robust cell-based response.

The presentations at the March 27, 2007, meeting of the Biochemical Pharmacology Discussion Group described a variety of techniques now under investigation that might be able to guide the immune response to clear misfolded, aggregated proteins while avoiding toxic effects.

Use the tabs above to see the report and multimedia presentations.

Immunotherapy at Science magazine
Following a special issue of Science in 2004, the AAAS website has a compendium of reviews and articles exploring progress and problems in a range of immunotherapy strategies, from cancer therapeutics to autoimmune diseases.

Soluble Aβ Oligomers as the "Smoking Gun" in Alzheimer's Disease

Dennis Selkoe is Vincent and Stella Coates Professor of Neurologic Diseases at Harvard Medical School and Brigham and Women's Hospital. His lab has made many essential contributions to understanding the molecular pathology of Alzheimer's disease and other neurodegenerative diseases, including identifying the protein tau in neurofibrillary tangles and the role of presenilin in the cleavage of amyloid precursor protein into Aβ. Selkoe is an author of the "amyloid hypothesis" that changes in the production and processing of amyloid-β are the initial step in a cascade of pathological changes that lead ultimately to neuronal dysfunction and cell death in AD—currently, the dominant paradigm in the understanding of this disease. Selkoe is also a founder of the company now known as Elan Pharmaceuticals.

Selkoe received his MD from the University of Virginia School of Medicine in 1969. After training at the National Institutes of Neurological Disorders and Stroke, part of the NIH, he completed a neurology residency at Harvard Medical School and a postdoc in neuronal cell biology and neurochemistry at Harvard's Department of Neuroscience. In 1978 he founded a laboratory applying biochemical and cell biological techniques to the study of neurodegeneration. He is a member of the Institute of Medicine of the National Academies and a Fellow of the American Association for the Advancement of Science. Selkoe has won many awards for his research, including the Potamkin Prize, the Metropolitan Life Foundation Award, and the A.H. Heineken Prize for Medicine.

Thomas Wisniewski is professor of neurology, pathology, and psychiatry at the William & Sylvia Silberstein Institute for Aging and Dementia at the New York University School of Medicine. He directs the Neurodegenerative Conformational Disorders Laboratory, which probes the mechanisms behind the deposition of amyloid-β in Alzheimer's disease and other neurodegenerative diseases. He is investigating the possibility of using highly immunogenic proteins as "vaccines" in immunotherapy that could result in the reduction or clearance of amyloid deposits in AD, and in other so-called conformational diseases such as the prion-related disorders.

Wisniewski completed his MD at King's College School of Medicine in the UK in 1982. He completed a residence in pathology at Downstate Medical Center in 1985 and another in neurology at NYU Medical Center in 1988, followed by a fellowship in clinical neuropathology and basic research at Columbia Presbyterian Medical Center. He joined NYU School of Medicine in 1990. Wisniewski's work has been recognized by the 2002 Alzheimer Award from the Journal of Alzheimer's Disease Research.

Eliezer Masliah is professor of neuroscience and pathology at the University of California San Diego and director of autopsy service at the University of California San Diego Medical Center. He heads the university's Experimental Neuropathology Laboratory, which probes the role of the abnormal accumulation of synaptic proteins, and searches for the cellular and molecular mechanisms of damage in neurodegenerative diseases. His work presently focuses on α-synuclein aggregation in both Alzheimer's Disease and Parkinson's Disease. The lab has developed a mouse model suggesting that oxidative stress may promote these neurodegenerative diseases by promoting aggregation of α-synuclein, and is identifying and working with factors that inhibit this aggregation. Masliah's lab also studies the processes by which HIV may trigger neurodegeneration.

Masliah finished his MD at the National Autonomous University of Mexico City in 1983, followed by residencies in general pathology, oncologic pathology, and pediatric pathology at the national institutes in Mexico City. In 1988 he joined UCSD as a postdoctoral fellow in the pathology of neurodegenerative diseases, and was appointed an assistant research neuroscientist at the university in 1990 and an assistant professor in 1991. He was named professor in the departments of neurosciences and pathology in 1997 and director of autopsy services in 1995. Masliah's research awards include honorable mention from the American Association of Neuropathologists in 1989 and the Alzheimer Association George F. Berlinger Faculty Scholar Award in 1990.

Anne Messer is chief of mammalian genomics and director of the molecular genetics program at the Wadsworth Center of the New York State Department of Health. She is also professor of biomedical sciences at the School of Public Health at the University at Albany, State University of New York. Her neurogenetics laboratory is working on gene and antibody therapeutics for diseases that involve abnormal protein accumulation, including Alzheimer's disease, Huntington's disease, and Parkinson's disease. Her work also involves basic research to identify gene therapy vectors for brain diseases.

Messer received a PhD in molecular biology from the University of Oregon followed by a Helen Hay Whitney Foundation fellowship at Harvard Medical School. She joined the Wadsworth Center in 1977, and has served as director of neurogenetics and lab chief of human molecular genetics.