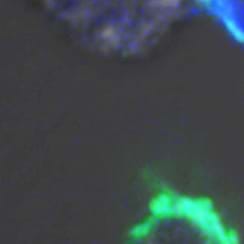 The concept of engaging the immune system to target and destroy cancer has gained popularity and success in recent years, and therapies using checkpoint blockade inhibitors, T-cell bispecific antibodies, cancer cell vaccines, and other strategies are under investigation. Clinical trials have shown promising results, but researchers are still debating how best to engineer or train the immune system to improve its responses, to combat treatment resistance, and to avoid adverse effects. On February 29, 2016, the Academy's Cancer & Signaling Discussion Group convened a symposium on Emerging Approaches to Cancer Immunotherapy to discuss challenges and opportunities in this therapeutic area. The day was divided into research on biologics (such as checkpoint modulators and antibodies) and on cell-based therapies (such as CAR T cells and dendritic cell therapies).

Rashidi A, Walter RB. Antigen-specific immunotherapy for acute myeloid leukemia: where are we now, and where do we go from here? Expert Rev Hematol. 2016;9(4):335-50.

Renier Brentjens holds an MD and a PhD in microbiology from the State University of New York at Buffalo. He completed his residency in medicine at Yale New Haven Hospital and a medical oncology fellowship at Memorial Sloan Kettering Cancer Center. Brentjens is an associate member on the faculty at MSK and an attending physician on the leukemia service. His preclinical and clinical research is focused on the further development of CAR modified T cells—armored CAR T cells—designed to overcome the hostile immunosuppressive tumor microenvironment. His lab is testing its gene therapy approach in patients with chronic lymphocytic leukemia and acute lymphoblastic leukemia who are no longer responsive to chemotherapy.

Jedd Wolchok is Lloyd J. Old and Daniel K. Ludwig Chair in Clinical Investigation, chief of the Melanoma and Immunotherapeutics Service, and attending physician at Memorial Sloan Kettering Cancer Center. He holds MD and PhD degrees from New York University, where he also fulfilled his residency program. He completed a fellowship at MSK and remained on the faculty. Wolchok led clinical development of ipilimumab, approved for treating advanced melanoma, and recently led a global phase III trial of combined checkpoint blockade for melanoma. In 2011 he established the Immunotherapeutics Clinical Core, a specialized phase I outpatient unit at MSK that is focused on conducting novel immunotherapy trials, particularly for pharmacodynamic biomarker identification. This group treats patients with a broad spectrum of malignancies and has become a model for similar efforts by other major cancer centers.

Jane Gross has worked in immunotherapeutics for over 20 years at Emergent BioSolutions and ZymoGenetics. She heads the research and development of bispecific antibody therapeutics at Emergent BioSolutions, focusing on re-targeting T cells to kill tumors, a novel immuno-oncology approach for treating cancer. Gross received her PhD in immunology from the University of California, Berkeley, and completed her postdoctoral fellowship at the University of Washington. Emergent BioSolutions recently announced the spin-off of an independent company, Aptevo Therapeutics, which will continue to develop bispecific therapeutics in immuno-oncology based on the ADAPTIR platform (a modular protein technology) and will produce and sell four marketed hematologic products. Gross will become the vice president of R&D for Aptevo Therapeutics.

John Hunter is the site head and vice president of antibody R&D at Compugen USA, a wholly owned subsidiary of Compugen Ltd. in Israel. He has primary responsibility for developing Compugen's therapeutic antibody pipeline, which includes programs for both immunomodulatory and antibody drug conjugate (ADC) modalities in cancer. Before joining Compugen in 2012, he served as a senior director in the Preclinical Department at XOMA, managing early-stage antibody development. Hunter began his biotechnology career at Millennium Pharmaceuticals after receiving a PhD in immunology from the University of California, San Francisco. At Millennium he worked on many areas in oncology drug development, from target identification and validation to translational biomarker development for the Aurora kinase inhibitor program.

Jane S. Lebkowski is chief scientific officer and president of R&D at Asterias Biotherapeutics Inc., where she is responsible for preclinical product development. From 1998 to 2012, she was senior vice president of regenerative medicine and chief scientific officer at Geron Corporation, leading its human embryonic stem cell program. She was previously vice president of research and development at Applied Immune Sciences. Following the acquisition of Applied Immune Sciences by Rhone Poulenc Rorer (RPR, currently Sanofi), Lebkowski remained at RPR as vice president of discovery research. She received her PhD in biochemistry from Princeton University and completed a postdoctoral fellowship in the Department of Genetics at Stanford University. Lebkowski holds 13 U.S. patents and has served as co-chair of the Industrial Committee of the International Society for Stem Cell Research and on several scientific advisory boards and other professional committees.

David Levine received his MD from the State University of New York Upstate Medical College and completed an orthopedic residency at the Hospital for Special Surgery and a spine fellowship at the University of Southern California. After returning to HSS, he served as chief of the Scoliosis Service, director of the Department of Orthopedic Surgery, and chairman of the Orthopedic Residency Training Program. He also served as professor of clinical surgery (orthopedics) at Cornell University Medical College. Levine retired from patient care in 1995. Returning to HSS in 2003, he founded the HSS Archives, where he began a new career writing medical history. He is the author of Anatomy of a Hospital: Hospital for Special Surgery (1863–2013), discovering HSS's third surgeon-in-chief Dr. William Coley. Levine has worked closely with Bradley L. Coley Jr., grandson of William Coley, and Dr. Jedd Wolchok on the history of Coley's Mixed Bacterial Toxins.

Jens-Peter Marschner is chief medical officer at Affimed, a biotech company in Heidelberg, Germany. He trained and worked as a medical doctor before becoming a board-certified clinical pharmacologist. He has more than 20 years of professional experience in clinical development, with a focus on biological compounds. Marschner led the clinical development team for cetuximab (Erbitux), which was successfully launched in 2004. Over the last 6 years his focus has been on the clinical development of cancer immunotherapies, which include vaccines, immune modulators, and antibodies. From 2012 to 2013 he was an active board member of the Cancer Immunotherapy Consortium, an initiative of the Cancer Research Institute. Marschner is a member of the American Society of Clinical Oncology (ASCO) and of CIMT (Cancer ImmunoTherapy, Germany).

Charles Nicolette has served as chief scientific officer for Argos Therapeutics Inc. since 2007 and as vice president of research and development since 2004. Nicolette previously served as vice president of research. He came to Argos Therapeutics from Genzyme Molecular Oncology Inc., a biotechnology company where he served most recently as director of antigen discovery. Nicolette received a PhD in biochemistry and cellular and developmental biology from the State University of New York, Stony Brook, completing his doctoral dissertation and postdoctoral fellowship at Cold Spring Harbor Laboratory.

David Scheinberg is the Vincent Astor Chair and chairman of molecular pharmacology at Sloan Kettering Institute (SKI). He founded and chairs the Experimental Therapeutics Center and is professor of medicine and pharmacology and co-chair of the pharmacology graduate program at Weill Cornell Medical College (WCMC). He is also a founder and director of the Therapeutics Discovery Institute, a nonprofit drug discovery corporation formed with WCMC, Rockefeller University, and SKI. He was previously chief of the leukemia service at Memorial Hospital. Scheinberg is a physician-scientist specializing in the care of patients with leukemia and in investigating new therapeutic approaches to cancer. The focus of his research is the discovery and development of novel, specific immuno-therapeutic agents. Eight therapeutic agents developed by Scheinberg's laboratory have reached human clinical trials. These agents include the first humanized antibodies to treat acute leukemia, the first targeted alpha particle therapies and alpha generators, and the first tumor-specific fusion oncogene product vaccines.

Charles Sentman is a professor of microbiology and immunology and director of the Center for Synthetic Immunity at the Geisel School of Medicine at Dartmouth. He completed his training at the University of Texas Southwestern Medical Center in Dallas, the Washington University School of Medicine in St. Louis, and the Karolinska Institute in Stockholm, Sweden. He then held a medical faculty appointment at Umea University in Sweden and worked in drug discovery at AstraZeneca R&D in Lund, Sweden. He joined the faculty at Dartmouth Medical School in 2001. His research program is focused on the development of novel cell- and protein-engineering approaches as immunotherapies to treat cancer and other complex diseases.

David Spencer joined Bellicum in 2012 as chief scientific officer. He is the coinventor of CID technology and, together with Dr. Slawin, developer of the first clinical applications of the technology, DeCIDe® and CaspaCIDe®, which are now advancing in human clinical trials. Prior to joining Bellicum, he was professor and vice chairman of pathology and immunology at Baylor College of Medicine, during which time he was a scientific advisor to the company. Spencer oversees a research program focused on CID clinical applications and supports clinical development of CID-enabled products. He earned his PhD at Massachusetts Institute of Technology and was a postdoctoral fellow at Stanford University.

Roland Walter is an assistant member in the Clinical Research Division at the Fred Hutchinson Cancer Research Center, an associate professor of medicine in the Division of Hematology/Department of Medicine at the University of Washington (UW) School of Medicine, and an adjunct associate professor in the Department of Epidemiology at the UW School of Public Health. His research focuses on human acute myeloid leukemia (AML), including translational studies to develop antigen-specific immunotherapies to eradicate AML cells, including underlying progenitor and stem cell populations. His lab also works on small bispecific antibodies that engage immune effector cells in the elimination of AML cells. Walter is involved in the early testing of novel drugs and innovative care approaches in patients with AML. He also collaborates in projects using large data sets to improve diagnostic and prognostic tools in AML.

Robert Frawley holds a BS in biomedical engineering from Columbia University and is completing a PhD in physiology, biophysics and systems biology at Weill Cornell Graduate School. He enjoys writing for a broad audience and teaching high school science after school.