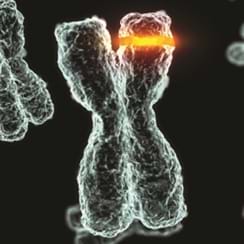 Epigenetics is most broadly defined as inherited modifications to gene expression achieved without alterations to the nucleotide sequence of the genes themselves. These changes occur when DNA is methylated or when the histones that bind DNA into tight chromatin bundles are acetylated, for example. These modifications influence the accessibility of our genes to the transcription machinery and therefore affect gene expression indirectly. While there is strong support for an inherited genetic component to certain types of Alzheimer's disease (AD) and some evidence that environmental factors influence AD prevalence and risk, scientists are less sure of how specific DNA and histone modifications are involved. On September 28, 2011, the Academy's Brain Dysfunction Discussion Group convened the Epigenetics of Alzheimer's Disease symposium to facilitate discussion of the specific contribution of epigenetic modifications to the initiation and progression of Alzheimer's disease. This meeting brought together experts in both animal and human genetics to share their insight into the unique nature and regional specificity of naturally-occurring modifications in the brain and also into the possible applications of epigenetic therapeutics to slow or reverse the progress of AD.

Scientific symposium organizer Ottavio Arancio of Columbia University Medical School started the meeting off with a working definition of epigenetics and with an explanation of histones and histone modification. He provided the audience with an overview of the frequently examined types of modifications to DNA and histones, namely methylation and acetylation. He also remarked that blocking the histone deacetylation enzyme prevents learning impairments and increases the size of cortical neurons in an animal model of neurodegeneration. Recent evidence obtained from post-mortem entorhinal cortical tissues from individuals with AD shows a decrease in methylation on sites of DNA that are typically methylated. These findings, coupled with the fact that current AD efforts focusing on beta amyloids (Aβ) and tau have had very little impact towards a cure for AD, demonstrate that the field is ripe for the discovery of new therapeutic targets involving DNA and histone modifications.

The Brain Dysfunction Discussion Group is proudly supported by:

Ottavio Arancio received his PhD and MD from the University of Pisa in Italy. From 1981 to 1986 he underwent residency training in Neurology at the University of Verona. Arancio has held faculty appointments at Columbia University, NYU School of Medicine, and SUNY HSCB. In 2004 he became a faculty member of the Department of Pathology & Cell biology and at The Taub Institute for Research on Alzheimer's Disease and the Aging Brain at Columbia University. Arancio is a cellular neurobiologist who has contributed to the characterization of the mechanisms of learning both in normal conditions and during neurodegenerative diseases. During the last ten years he has pioneered the study of the mechanisms of synaptic dysfunction in Alzheimer's disease. Arancio's laboratory has focused primarily on events triggered by amyloid protein. These studies, which have suggested new links between synaptic dysfunction and amyloid protein, are of a general relevance to the field of Alzheimer's disease both for understanding the etiopathogenesis of the disease and for developing therapies aiming to improve the cognitive symptoms.

Cecilia Marta obtained her PhD in Neuroscience from the University of Buenos Aires, Argentina in 2000 working on the neuroimmune interactions of neurodegenerative disorders. She then continue her work as a postdoctoral fellow and then Assistant Professor at the University of Connecticut Health Center focusing on the neurodegenerative aspects of Multiple Sclerosis. In late 2005, she joined the CNS Department of Sanofi-Aventis to conduct drug discovery in the area of Multiple Sclerosis. In the beginning of 2010, she joined the newly formed Therapeutic Strategic Unit on Aging within Sanofi in which she is part of the Translational Medicine team. Neurodegenerative disorders such as Alzheimer's and Parkinson's are part of the current strategic focus of the Unit.

Yitshak Francis is an Associate Research Scientist at the Taub Institute for Research on Alzheimer's Disease and the Aging Brain at Columbia University. Francis completed his undergraduate degree at the Technion–Israel Institute of Technology where he graduated with honors. He obtained his PhD in Medical Molecular Biology from University College London, researching the role of epigenetics in Alzheimer's disease under the direction of Professor David Latchman, renowned for his work in the field of transcription factors. During his work at Columbia University, Francis has focused primarily on epigenetic changes triggered in Alzheimer's disease. His research has led to the identification of novel epigenetics-modifying drugs. For his work Francis recently won the New Investigator research grant from the Alzheimer's Association.

J. David Sweatt obtained his BS in Chemistry from the University of South Alabama before attending Vanderbilt University, where he earned a PhD for studies of intracellular signaling mechanisms. He then did a post-doctoral Fellowship at the Columbia University Center for Neurobiology and Behavior, working on memory mechanisms in the laboratory of Nobel laureate Eric Kandel. From 1989 to 2006 he was a member of the Neuroscience faculty at Baylor College of Medicine in Houston, Texas, rising through the ranks there to Professor and Director of the Neuroscience PhD program. Sweatt is currently the Evelyn F. McKnight endowed Chairman of the Department of Neurobiology at UAB Medical School, and the Director of the Evelyn F. McKnight Brain Institute at the University of Alabama in Birmingham. He also is a Professor the Departments of Molecular Physiology and Biophysics, Genetics, and Psychology at UAB. His laboratory studies biochemical mechanisms of learning and memory. In addition, his research program investigates mechanisms of learning and memory disorders, such as mental retardation and aging-related memory dysfunction.

Li-Huei Tsai is the director of the Picower Institute for Learning and Memory at the Massachusetts Institute of Technology and is a Picower Professor of Neuroscience. She is also a Principal Investigator in the Howard Hughes Medical Institute and the director of the Neurobiology Program at the Stanley Center for Psychiatric Research at the Broad Institute. Tsai received a PhD in microbiology at the University of Texas Southwestern Medical Center. She completed postdoctoral fellowships at Cold Spring Harbor Laboratory and the Massachusetts General Hospital. She became an Assistant Professor in the Department of Pathology at Harvard Medical School and, in 1997, she became an Investigator of the Howard Hughes Medical Institute. Tsai's work has aimed to elucidate the cellular and molecular mechanisms that contribute to the development and manifestation of the pathology and symptoms of Alzheimer's disease. Recently, Tsai's laboratory has revealed that alternations of the epigenetic landscape can benefit cognition in Alzheimer's disease animal models, even after severe neurodegeneration has occurred. These findings indicate that chromatin-modifying enzymes are promising targets for treatment of Alzheimer's disease.

Benjamin Tycko is a Professor of Pathology and member of the Institute for Cancer Genetics at Columbia University. His work over the past two decades has centered on the role of DNA methylation in human development and disease. This work started with the identification of human imprinted genes and their roles in Wilms tumor and Beckwith–Wiedemann syndrome and has continued with recent discoveries of altered epigenetic patterns in cancer-associated stromal cells. The most recent work from the Tycko lab has dealt with the epigenetics of Down syndrome and Alzheimer's disease. Recent publications on human genetics and epigenetics from Tycko's laboratory have appeared in basic and clinical journals including Nature Genetics, PLOS Genetics, Cancer Research, and JAMA, and he is an author of the chapter on Epigenetics in the fifth and current edition of Emery and Rimoin's Principles and Practice of Medical Genetics.

Melinda Miller received her PhD in Life Sciences from The Rockefeller University, where she worked under Bruce McEwen investigating the neural correlates of individual differences in anxiety behavior and the stress response using an animal model of post-traumatic stress disorder. In June, 2011 Miller joined the Life Sciences team at the New York Academy of Sciences as a Program Manager. At the Academy she organizes major scientific conferences across the spectrum of the life sciences, meeting the evolving collaboration needs of various scientific and clinical communities.

The Brain Dysfunction Discussion Group is proudly supported by: