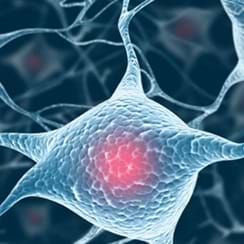 Estrogen Receptor Signaling in the Brain: A Trip Down Memory Lane

Estrogens have long been known to influence memory processes, but the molecular mechanisms underlying these effects remain unclear. A major group of streroid hormones, estrogens affect cognition through their role in women's estrous and menstrual cycles. For example, recent studies have shown an increased incidence of dementia for women undergoing hormone therapy. Two estrogen receptors, ERα and ERβ, both of which are widely expressed in the Central Nervous System (CNS), mediate estrogen action, though their specific roles remain enigmatic. To discuss these questions and more, researchers met at the New York Academy of Sciences on May 25th, 2010 at a symposium covering estrogens' important role in memory formation and the pathways underlying it.

Eniko Kramár of the University of California, Irvine presented recent results on long-term potentiation (LTP), a process of strengthening synapses believed crucial to memory formation. These results indicate that estrogens, long-considered potent sex steroids, play a role in maintaining memory function as well. In particular Kramár's study revealed that estrogens have acute effects, via genomic and non-genomic cellular mechanisms, on baseline transmission of neural signals and on LTP. He also reported on rapid estrogen-induced changes to spine actin signaling in the cytoskeleton, which provided a promising method for restoring the impaired plasticity that can follow ovariectomies. Following estrogens' effects in a clinical setting, Feng Liu from Pfizer then proposed a rationale for ERβ-mediated synaptic plasticity and memory, based on investigations of the impact of estrogens on various CNS disorders. This presentation was followed by a more general discussion of the role of estrogens in psychiatry, particularly the part the hormones' presence and timing play in schizophrenia, depression, and neurodegenerative diseases such as Alzheimer’s and Parkinson’s diseases..

Bruce McEwen from The Rockefeller University grounded his specific investigation of estrogen action on synapse formation in the hippocampus on a review of the role of the hippocampus in spatial memory. He described the hippocampus as the ‘canary,’ or early-warning system, of aging-related wear and tear on the brain. Stress and sex hormones, estrogens among them, help to mediate the brain’s structural plasticity through classical genomic and non-genomic mechanisms, neurotransmitters and other intra- and extracellular mediators. McEwen's presentation covered mediation via intracellular estrogen receptors located in dendrites, synapses, mitochondria and glial cell processes. John Morrison from the Mount Sinai School of Medicine concluded the symposium by presenting results from studies of cyclical estradiol treatment in ovariectomized young and aged rhesus monkeys. These studies revealed estradiol's compelling cognitive and neurobiological effects in the context of aging. Estradiol is one of two prevalent estrogens in the body. It was concluded that estradiol not only plays a critically important role in maintaining (dendritic) spine number (a measure of the number of inter-neuron connections), but that it may also enable synaptic plasticity through a cyclical increase in small highly plastic spines that may be consolidated during learning.

Feng Liu conducted her PhD thesis work at Fox Chase Cancer Center and received a PhD in Biochemistry from Temple University in 1997. Then she continued her studies as a post-doctoral researcher in Paul Greengard's laboratory at the Rockefeller University. In Greengard's lab, Feng conducted research determining the impact of glutamate and dopamine in regulating synaptic activity through protein kinases. A highly productive effort resulted in novel inroads into synapse function, and publications of peer-reviewed articles.

In 2002, Feng joined the Neuroscience Department at Wyeth Discovery Research in Princeton. She led the effort of identifying and validating a number of targets as well as the conduct of extensive basic biological research in the areas of schizophrenia and bipolar disorder. She also led a discovery breakthrough for ERβ biology that provided the rationale and validation for pursuing this target for multiple CNS therapeutics. Utilizing pharmacological, biochemical, and behavioral techniques, she led a team of scientists to demonstrate for the first time that the effects of estrogens on hippocampal synaptic plasticity and memory in rodents are mediated through ERβ. Feng continues to lead the drug discovery effort at Pfizer of finding an ERβ selective agonist for treating CNS disorders, such as Alzheimer's disease and schizophrenia. Dr. Liu holds two U.S. patents and has published over 25 articles in journals such as Nature Neuroscience, PNAS, the Journal of Biological Chemistry, Current Biology, and the Journal of Pharmacology and Experimental Therapeutics.

Enikö A. Kramár graduated with a PhD in Neuroscience from Washington State University in 2000 and then continued her studies as a post-doctoral researcher in Gary Lynch's laboratory at UC Irvine (UCI). Kramár made a series of discoveries showing that adhesion receptors belonging to the integrin family play a critical role in the consolidation of long-term potentiation (LTP). Using a method she helped invent, Kramár then found that integrins exert their consolidation effects by promoting the stabilization of actin networks that form shortly after LTP induction.

Following promotion to an assistant researcher position in 2003, Kramár expanded her research program to include the question of whether integrins interact with releasable 'synaptic modifiers' to regulate the cytoskeletal changes underlying consolidation. This collaborative work ultimately resulted in the first clear descriptions of how brain-derived neurotrophic factor (BDNF) and adenosine modulate LTP consolidation.

Before leaving to accept a position in industry in 2006, Kramár had published over 25 articles in journals such as PNAS, J. Biological Chemistry, and J. Neuroscience. She returned to academia in 2007 as an associate project scientist (UCI) to initiate a new research program testing if the plasticity and memory losses associated with low levels of estrogen can be explained within her model of LTP consolidation. These experiments led to the proposal that estrogen is itself a synaptic modifier acting positively on the same actin signaling pathways suppressed by adenosine. They have also pointed to a novel therapeutic strategy for offsetting the plasticity deficits that accompany conditions (e.g., menopause) in which estrogen levels are chronically depressed.

Bruce S. McEwen is the Alfred E. Mirsky Professor and head of the Harold and Margaret Milliken Hatch Laboratory of Neuroendocrinology at The Rockefeller University. He is a member of the U.S. National Academy of Sciences, the Institute of Medicine, the American Academy of Arts and Sciences, and a Fellow of the New York Academy of Sciences. He served as Dean of Graduate Studies from 1991–1993 and as president of the Society for Neuroscience in 1997–1998.

As a neuroscientist and neuroendocrinologist, McEwen studies environmentally-regulated, variable gene expression in brain mediated by circulating steroid hormones and endogenous neurotransmitters in relation to brain sexual differentiation and the actions of sex, stress, and thyroid hormones on the adult brain. His laboratory discovered adrenal steroid receptors in the hippocampus in 1968. His laboratory combines molecular, anatomical, pharmacological, physiological, and behavioral methodologies and relates their findings to human clinical information. His current research focuses on stress effects on amygdala and prefrontal cortex as well as hippocampus, and his laboratory also investigates sex hormone effects and sex differences in these brain regions. In addition, he served on the MacArthur Foundation Research Network on Socioeconomic Status and Health, in which he helped to reformulate concepts and measurements related to stress and stress hormones in the context of human societies. This led to the concept of "allostatic load" that describes the wear and tear on the body and brain from chronic stress and related life style behaviors that lead to dysregulation of physiological stress pathways that are normally protective.

John H. Morrison is Dean of Basic Sciences and the Graduate School of Biological Sciences, Professor of Neuroscience, and the Willard T.C. Johnson Professor of Geriatrics and Adult Development in Neurobiology of Aging at the Mount Sinai School of Medicine. Prior to becoming dean, Morrison served as chair of the Department of Neuroscience.

Morrison earned his doctorate from Johns Hopkins University in 1979 and completed postdoctoral studies at the Salk Institute for Biological Studies. He then served as a faculty member at The Salk Institute and The Scripps Research Institute. In 1989, he joined the faculty at Mount Sinai.

Morrison's research incorporates basic neurobiological research on neuronal specialization and the biochemical coding of brain circuits with human neuropathology in order to illuminate the cellular events that lead to Alzheimer's disease. His research also focuses on the neurobiological events that accompany normal aging, as well as the differences between these events and those that accompany Alzheimer's disease. Within this context, Morrison is interested in the effects of estrogen on the cerebral cortex, the interface between endocrine and neural aging, and the effects of stress on cortical neurons.

Morrison is the recipient of numerous research awards and is a fellow in both the New York Academy of Sciences (NYAS) and the American Association for the Advancement of Science (AAAS). He has served on advisory boards and review committees of several leading scientific organizations, including the National Institute of Aging, National Institute of Mental Health, The Howard Hughes Medical Institute, Society for Neuroscience, American Federation for Aging Research, and Amyotrophic Lateral Sclerosis Association.