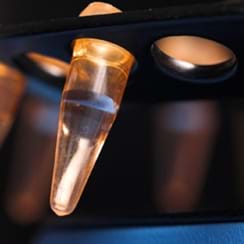 From the PhD to Industry: Careers for Scientists in Biotech and Pharma

Many life science PhDs looking for career opportunities outside academia are curious about the prospects offered in the biotechnology and pharmaceutical industries. To shed light on the employment possibilities in industry and to explain how to make the transition, Science Alliance, in collaboration with the Pharmaceutical Club of New York and New Jersey, assembled a panel of professionals from various biopharmaceutical companies in the New York metro area. Attracting nearly 250 students, postdocs, and professionals, this event, held at the New York Academy of Sciences on October 27, 2010, illuminated the seemingly mysterious process of making academic training applicable to an industry job search.

Research science roles are the typical route into a biotech or pharmaceutical company, as Renuka Sivendran explained. She spoke about her role as a scientist in the Formulation Development Group at Regeneron and about how she made the transition from a postdoc position at the NIH. Bin Lu described his experience working at two biotech companies since his postdoc at UCSF, first at MedImmune as a Senior Scientist, and then at Vivaldi Biosciences as the Senior Director of R&D.

Alternatively, for PhDs with a potentially commercializable innovation, another exciting path to a biotech company is to start one. William Ward told his story of how he started the company Brighter Ideas while a professor at Rutgers.

While research positions may be most familiar to graduate students or postdocs, there are a number of other roles beyond the bench to consider that will keep them engaged in the drug or product development process. Representing a different path in a pharmaceutical company was Risa Shapiro, the Global Program Manager at Novartis Oncology. Shapiro started as a Program Manager at Regeneron and subsequently joined Novartis as the Senior Clinical Manager, where she was directly involved in running global clinical trials, crucial to the collection of safety and efficacy data on drug candidates and ultimately to the acquisition of FDA approval.

Experience working in the pharmaceutical industry can also open doors to other careers. Ira Das spent 11 years working in industry before moving into the financial sector as an associate at Prudential Equity Group and now as an Associate Analyst at Sanford C. Bernstein & Co. Josh Bloom took a different track after being a medicinal chemist for 27 years, some of those years at Wyeth: he ended up working for the American Council of Science and Health, a non-profit organization in New York.

The panelists covered many topics in the 90-minute presentation. They described their various roles and responsibilities; how they obtained their current positions; what they love about their jobs, as well as the challenges they face; and their work-life balance. They also offered advice for the scientists in the audience aspiring to these positions. Two themes resonated throughout the talks: the importance of good communication skills and the value of networking.

Josh Bloom attended the Bronx High School of Science (grad 1971), then received a Bachelor's degree in chemistry from Alfred University in 1975 (cum laude) with a minor in piano. He then attended the University of Virginia, where he worked on indole alkaloid synthesis with Professor Richard Sundberg. Bloom received his PhD in 1980 and then spent two years as a postdoctoral student with professor Amos B. Smith III. In 1982 he began working for Lederle Laboratories, a division of American Cyanamid Co., later acquired by American Home Products (later Wyeth). Bloom worked as a medicinal chemist for 27 years in a variety of therapeutic areas, including lipid disorders, diabetes, antibacterials, antivirals, and oncology. He now works with the American Council of Science and Health in New York.

Ira Das joined Sanford Bernstein, A Subsidiary of AllianceBernstein LP, in August 2007 from Prudential Equity Group, where she covered the pharmaceutical sector as an associate for two years. She joined Prudential following two years of pharmaceutical business intelligence that gained her experience in several therapeutic areas. Prior to that, she spent eight years at Monsanto's pharmaceutical research and development division, Searle, and three years as a clinical chemist in Canada. She received her PhD in biochemistry from Tulane University, and an MBA from Washington University of St. Louis. She also completed a 2-year fellowship in clinical biochemistry at the University of Toronto.

Bin Lu is Senior Director of Research and Development at Vivaldi Biosciences, a privately owned biotech company developing vaccines for prevention of common seasonal influenza ("flu") and emergent pandemic flu. Lu is responsible for leading R&D activities for Vivaldi's live attenuated influenza vaccine (LAIV) programs, including design and evaluation of vaccine candidates in vitro and in vivo in animal models, preclinical safety, CGMP, and IND filing. Prior to Vivaldi, he was Senior Scientist at MedImmune, where he contributed significantly to advances in genetic modification, development, and propagation of live attenuated influenza vaccine strains for seasonal and pandemic flu. Lu is a co-inventor of several patents of influenza reverse genetics, co-author of over 20 peer-reviewed scientific publications and has been invited to serve as reviewer for vaccine- and virology-related journals. Lu received his PhD in virology from the University of Maryland, and his postdoctoral training at the University of California, San Francisco (UCSF).

Risa Shapiro is a Global Program Manager at Novartis Pharmaceuticals Corporation, responsible for providing program management support and operational leadership to oncology drug development teams. In this role, Shapiro contributes to strategy development and facilitates cross-functional team alignment with the development plan. Shapiro joined Novartis in 2007 as a Senior Clinical Manager, focusing on Latin America study startup for a global Phase III study. Prior to Novartis, she gained program management experience at Regeneron Pharmaceuticals, Inc., where her assignments included external collaborations. Shapiro earned both a BS in biological sciences and a PhD in molecular biology from Cornell University.

Renuka Sivendran is a scientist in the Formulation Development Group in the Pre-Clinical Development Department at Regeneron Pharmaceuticals in Tarrytown, NY. Sivendran obtained her bachelor's degree in chemistry from Millersville University of Pennsylvania and worked as an intern at DuPont Chemicals in Deepwater, NJ. Sivendran received her PhD in biophysics from the University of Massachusetts in Amherst and studied how molecular chaperones or heat shock proteins prevent protein misfolding and aggregation under stress conditions. During her postdoctoral training at the National Cancer Institute she studied the protein degradation machinery in E. coli and the role of tissue inhibitor of metalloproteinase-2 (TIMP-2) in anti-angiogenesis. Sivendran received the Fellows Award for Research Excellence (FARE) in 2006 and 2008.

Bill Ward is the president of Brighter Ideas, Inc., a biotech start-up company started during his time as a professor at Rutgers University in 2003. Ward attended the University of Florida, and graduated in 1965 with a Bachelor's degree in education with a focus on zoology. In 1968 he received an MS, also in zoology, from the same institution. Leaving Florida for Maryland, Ward attended Johns Hopkins University where he received a PhD in biology / biochemistry in 1974.