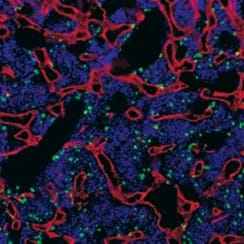 In addition to describing how these metabolic changes affect cell phenotype and function, the speakers at the Metabolic Determinants of Stem Cell Pluripotency and Cell Fate Commitments symposium elucidated ways to alter cell fate by perturbing metabolic pathways, linked metabolic regulation of epigenetic processes to stem cell differentiation, identified small molecules to manipulate stem cell differentiation for therapeutic use, and unraveled metabolic subtypes among cancer cells that could determine clinical outcomes in breast cancer patients. This Hot Topics in Life Sciences symposium was presented at the Academy on February 1, 2013.

Steven S. Gross is professor of pharmacology, director of the Mass Spectrometry Core Facility and director of Advanced Training in Pharmacology at the Weill Cornell Medical College. Gross's expertise is in pharmacology, and cell and structural biology, particularly in relation to the role of nitric oxide (NO) as a signaling molecule. In the late 1980s, Gross and colleagues made the initial identification of L-arginine as the precursor of NO in blood vessels. They were also first to establish that NOS inhibition elevates blood pressure in animals, demonstrating that NO plays a physiological role in controlling blood pressure and vascular tone. Since then, research has aimed to elucidate the enzymes and mechanisms that regulate NO synthesis in cells. His basic studies have provided fundamental insights into the therapeutic control of NO synthesis, resulting in core technologies for the creation of ArgiNOx Inc., a biotech startup that seeks to develop novel NO-based drugs. Gross received his PhD in biomedical science from Mount Sinai School of Medicine.

Lewis Cantley is the Margaret and Herman Sokol Professor and director of the Cancer Center at Weill Cornell Medical College at New York Presbyterian Hospital. Cantley holds a PhD in biophysical chemistry from Cornell University. Before taking the position at Weill Cornell, he taught and conducted research in biochemistry, physiology, and cancer biology, most recently at Beth Israel Deaconess Medical Center and Harvard Medical School. His laboratory discovered the PI 3-Kinase pathway that plays a critical role in insulin signaling and in cancers.

Shuibing Chen is an assistant professor in the Department of Surgery and Biochemistry at Weill Cornell Medical College. She holds an MS in chemistry from Tsinghua University, China, and a PhD from the Scripps Research Institute. She joined Doug Melton's laboratory at Harvard University to study the directed differentiation of human embryonic stem cells toward pancreatic lineage. Her laboratory focuses on manipulating stem cell fate using chemical and biological approaches to generate functional tissues and organs that can be used for translational research. The main focus is on human pluripotent stem cells (PSCs), including human embryonic stem cells (hESCs) and induced pluripotent stem cells (iPSCs). The long-term goal is to apply patient specific PSC-derived tissues or organs for replacement therapy and build up "disease in a dish" platforms for drug discovery.

Ubaldo Martinez-Outschoorn is an assistant professor in the Department of Medical Oncology and the Department of Stem Cell Biology and Regenerative Medicine at Thomas Jefferson University. He holds an MD from the Complutense University of Madrid and completed training in internal medicine and medical oncology at Thomas Jefferson University. His laboratory focuses on metabolic interactions between cancer and stromal cells. He also conducts clinical trials on drugs that alter metabolic interactions between cancer cells and the microenvironment.

Andre Terzic is director of the Mayo Clinic Center for Regenerative Medicine and Marriott Family Endowed Chair in Cardiovascular Diseases. Terzic is a professor of medicine and pharmacology, chair of the Discovery-Translation Scientific Advisory Board, director of the Marriott Heart Disease research program, and director of the National Institutes of Health Cardiovasology program. He holds leadership roles including: president of the American Society for Clinical Pharmacology and Therapeutics, chair of the Functional Genomics and Translational Biology Council, the American Heart Association, and the Scientific Advisory Board of the International Society for Cardiovascular Translational Research. Terzic has pioneered cardioprotective and cardioregenerative modalities at Mayo Clinic and has led efforts in the discovery of next-generation cardiovascular regenerative therapies, including the first clinical trial using organ-specified stem cells for heart repair.

Peter Carmeliet is director of the VIB–Vesalius Research Center at the University of Leuven in Belgium. He holds MD and PhD degrees and completed postdoctoral work at the Whitehead Institute, MIT. After returning to Leuven, Belgium, Carmeliet started his own research group with a focus on understanding how blood vessels grow (angiogenesis) in health and disease. Carmeliet also documented a novel role for VEGF in neurodegeneration. The Carmeliet lab is currently interested in the role of endothelial cell metabolism in angiogenesis in health and disease.

Hema Bashyam holds a PhD in immunology and virology from the University of Massachusetts Medical School for her study of human immune responses to secondary dengue virus infections. She enjoys writing about basic research in creative, compelling ways for a diverse audience that includes scientists, clinicians, and lay readers.