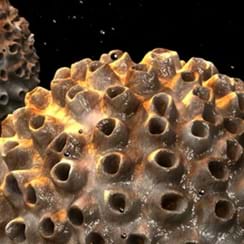 Human papilloma viruses (HPVs) directly inactivate tumor suppressor pathways and are causally involved in anogenital and oropharyngeal cancers. Hepatitis C virus (HCV) and the immunopathology it induces are important contributors to liver cancer. At a January 24, 2011, symposium at the New York Academy of Sciences titled Molecular Mechanisms of Viruses Linked to Human Cancers, researchers gathered to learn about recent advances in the molecular understanding of these two viruses, both of which play key roles in the etiology of human cancers but each through distinctly different mechanisms.

Denise Galloway of the Fred Hutchinson Cancer Research Center in Seattle began with an exploration of HPV biology and the natural history of infection by viruses in the HPV family. Vaccination to prevent infection by the two most common HR-HPVs (high risk HPVs, so named because of their role in oncogenesis), HPV 16 and HPV 18, prevents the development of pre-cancerous lesions. These two HR-HPVs are responsible for 70%–80% of all cervical cancers. In cancers that result from HPV 16 and HPV 18, two viral genes, E6 and E7 are invariably expressed. HR-HPV E6 and E7 inactivate tumor suppressor pathways, block apoptosis, and promote genetic instability, all of which contribute to oncogenesis. The talk focused on the molecular mechanisms by which HR E6 and E7 cause genetic instability, including mechanisms of vaccine-induced infection, and contribute to HPVs' role in tumorigenesis. Galloway also discussed the breakthrough that led to the development of the vaccines (Gardasil by Merck, and Cervarix by GlaxoSmithKline). As Galloway highlighted in her presentation, future challenges include developing vaccines that protect more broadly, sending vaccines to the developing world, and developing therapeutic rather than just preventative vaccines (by targeting E6 and E7).

Charles Rice from The Rockefeller University then provided an update on the relationship between chronic Hepatitis C infection and liver cancer. He explained that we face the exciting prospect of new therapeutic options in the coming year, options that will help eliminate the hepatitis C virus (HCV) and thereby reduce the occurrence of symptomatic Hepatitis C disease. He highlighted the natural history of HCV infection, recent work on HCV entry into human cells, mechanisms of RNA replication and virus assembly, and emerging therapies. His talk also described new tools for studying HCV biology, including HCV-permissive human hepatocyte micropatterned co-cultures (a set of cellular growth conditions that allow the liver cells to be maintained for longer periods of time than do conventional monocultures or random co-cultures), reporter systems that allow real-time imaging of infectious processes, and new animal models. Rice also discussed the HCV vaccines Telaprevir (by Vertex Pharmaceuticals) and Boceprevir (by Merck), which are close to being approved for commercial sale.

This program was supported by an educational grant from Gilead Sciences.

This program was supported by an educational grant from Merck & Co., Inc.

This program was supported through a medical education grant from Vertex Pharmaceuticals Incorporated.

S. Marvin Friedman is Professor Emeritus in the Department of Biological Sciences at Hunter College of CUNY in New York City. His research has focused on the molecular biology of bacterial growth at elevated temperatures. He has published many articles on this subject as well as editing the proceedings of an East–West meeting in Honolulu entitled "Biochemistry of Thermophily." He currently writes blogs for the ASM blog site, Small Things Considered.

Denise A. Galloway was born and educated in New York City, receiving her PhD in 1975 from the City University of New York. She did post-doctoral work on DNA tumor viruses at Cold Spring Harbor Laboratory. In 1979 she joined the faculty at the Fred Hutchinson Cancer Research Center in Seattle, WA. She is currently a Member of the Divisions of Human Biology and Public Health Sciences, and Head of the Cancer Biology Program at the FHCRC. She is also a Research Professor in the Departments of Microbiology and Pathology at the University of Washington School of Medicine. Galloway has served on and chaired NIH study sections, and is an associate editor and editorial board member of several journals. From 2000–2010 she had a prestigious MERIT award, and continues to have PO1 and RO1 grants. She is a Fellow of the Academy of Microbiology, the Infectious Disease Society and the American Association for the Advancement of Science.

Charles Rice is the Maurice R. and Corinne P. Greenberg Chair in Virology and serves as Head of the Laboratory for Virology and Infectious Disease at Rockefeller University. He is one of the world's most accomplished virologists and a prominent figure in research on members of the Flaviviridae including hepatitis C virus (HCV). Rice received his bachelor's degree from University of California Davis in 1974 and earned his PhD from California Institute of Technology in 1981. From 1986–2000, Rice was a faculty member at Washington University in St. Louis. His research team has helped to understand the biogenesis and structure of HCV-encoded proteins, has discovered a highly conserved RNA element at the 3′ terminus of HCV genome RNA, and has produced the first infectious molecular clone of the virus—an essential tool for future studies on this important human pathogen. Rice has co-authored over 300 articles in the field of virology, serves as a reviewer for numerous journals, is a former editor of Journal of Virology, and is a past President of the American Society for Virology, a Fellow of the American Association for the Advancement of Science, and a Member of the National Academy of Sciences.

This program was supported by an educational grant from Gilead Sciences.

This program was supported by an educational grant from Merck & Co., Inc.

This program was supported through a medical education grant from Vertex Pharmaceuticals Incorporated.