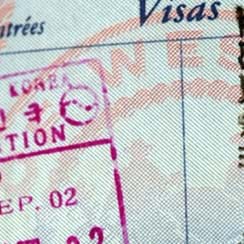 Navigating Immigration and Visa Issues: A Guide for Scientists

Seeking permanent residency in the United States can be daunting and confusing. On October 2, 2013, Suzanne B. Seltzer, a partner at the immigration law firm Klasko, Rulon, Stock & Seltzer LLP, gave a presentation on the immigration and visa process. Over 80 foreign scientists attended the event, most residing in the U.S. on a student or work visa. Seltzer provided advice on the best routes to becoming a permanent resident. Navigating Immigration and Visa Issues: A Primer for Postdocs and Young Scientists was presented by Science Alliance.

For most scientists, the traditional route to obtain a green card is to apply while on an H-1B work visa, a dual-intent visa that allows holders to obtain or continue in a particular nonimmigrant status while pursuing U.S. permanent residency. A person can apply for the H1-B visa while residing in the U.S. as nonimmigrant or while residing in their home country. Because applying for permanent residency can take up to two years and because an H1-B visa is valid for three years, extendible for up to six years, scientists are advised to apply for the green card by the fourth year of their stay on the H-1B visa.

It is also possible to seek permanent residency while holding other nonimmigrant visas, such as the F-1, J-1, and O-1, which do not allow for dual intent. Seltzer stressed that it is essential to maintain lawful nonimmigrant status before applying for the green card, because doing so is a clear indication of immigrant intent and ostensibly defies the terms of the nonimmigrant visa. However, the U.S. Citizenship and Immigration Services (USCIS) do not provide clear guidance on whether people forfeit their nonimmigrant status upon applying for the green card. Those who intend to apply for the green card while on a nonimmigrant visa are advised to proceed cautiously and to seek council of an immigration attorney. In particular, individuals should not travel outside the U.S. until a green card is granted. For instance, a student on an F-1 visa should not travel outside the U.S. after applying for a green card; upon reentry a consulate officer could question the student's intent to immigrate. The student could be denied reentry and forced to return to his or her country for up to five years.

There are five routes to obtain a green card: family, investment, asylum, employment, and the DV lottery. Given the audience of scientists seeking residency, Seltzer focused exclusively on employment-based residency options. A fixed number of green cards are issued each year and each country can only receive 7% of the green cards issued. Because of this quota system, individuals hoping to immigrate to the U.S. from countries with large populations such as India and China are faced with a long wait after applying. Those on the waiting list can determine their eligibility for the green card based on their priority date, which gives preference to people according to when they started the application process. Information on the current priority dates for each country are available on the Travel.State.Gov website.

Another factor determining eligibility for an employment-based green card is preference category, divided into first (EB-1), second (EB-2), and third (EB-3) preference. Preference is determined by an individual's level of education, as well as their ability and contribution to their field. Seltzer appropriately focused exclusively on the EB-1 and EB-2 options, which scientists with advanced degrees can apply for. Applying for the green card is a two- or three-step process. Applicants must first file the I-140, which allows immigration adjudicators to determine eligibility for the green card.

The EB-1 option is reserved for scientists and professionals who are deemed outstanding researchers by the employers or who can prove that they possess extraordinary ability. The extraordinary ability EB-1 is a self-petition option in which scientists must demonstrate talent and ability through first-author publications, the impact of these publications, and patents. Scientists must clearly define how they have transformed their field. Another component of the application is reference letters. Seltzer noted that reference letters should clearly and simply indicate the applicant's contribution to the field. Given the likely scientific limitations of immigration adjudicators, these letters should be written in basic terms. Referees should include respected scientists from various prominent institutions. The outstanding researcher EB-1 is an employer-sponsored green card. The criteria for this green card are similar to the extraordinary ability EB-1 and are typically reserved for industry and academia. More information on the EB-1 route to permanent residency is available at the Klasko Law resource.

The EB-2 option is for scientists with advanced degrees and at least five years of work experience. The application can be employee-sponsored or independent. Those who self-petition for the EB-2 must submit a national interest waiver, which waives the need for a labor certification application and employer sponsorship. A scientist must prove that it is in the best interest of the U.S. to retain their talents and that he or she is substantially more capable than his or her peers. The guidelines that determine eligibility are less clear for EB-2 applicants than for EB-1 applicants. If an individual submits an employer-sponsored EB-2, the employer must first submit a permanent labor certification application before filling the I-140. The employer must prove that there are no minimally-qualified American citizens seeking the position.

If an intending immigrant is deemed eligible to apply for the green card, he or she can choose to submit the I-485 Adjustment of Status form. When filing the I-485, applicants must consider preference categories and priority dates. In some cases, it makes sense to file the I-140 and I-485 concurrently.

Given the shortage of highly trained STEM professionals in the United States, one might assume that the path to immigration for scientists would be simple. However, Seltzer's remarks revealed that immigration for scientists can be a confusing process filled with challenges. Pending federal immigration reform is intended to fix some of these obstacles. However, it is likely that the existing immigration policy will be law for the foreseeable future. Therefore, Seltzer recommended that scientists intending to immigrate to this country should focus their training and time on increasing their chances of achieving permanent residency. She also encouraged scientists to seek council from a professional who can assist in navigating complicated immigration processes.

Navigating Immigration: A Primer for Postdocs and Young Scientists

Klasko Immigration and Nationality Law. Immigration Options for the Best and Brightest.
Information from Klasko, Rulon, Stock & Seltzer LLP on how to obtain U.S. permanent residency based on extraordinary ability, as an outstanding researcher or professor, or based on U.S. national interest.

National Postdoctoral Association. A Quick Guide to Visas (Public Version).
Guidance to help international postdoctoral associates understand the basics of how to secure and maintain their immigration status during their research stay in the United States.

Thomas Magaldi is the director of Science Alliance at the Academy. Science Alliance provides professional development workshops and courses to teach early career scientists a range of soft and business skills that are essential for all careers. Magaldi also gives seminars on career development and exploration at Science Alliance partner institutions. He holds a PhD in genetics from Yale University and completed a postdoctoral fellowship at the National Cancer Institute, NIH.