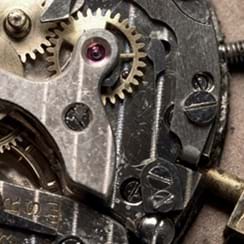 Presented by The Harvard Center for Neurodegeneration & Repair

Although much progress toward understanding neurodegenerative diseases has been made in recent years, few effective treatments and no cures are currently available. There is however reason for optimism. We know more than ever about how these diseases develop and progress, and the research community is exploring many new and exciting ideas that will lead to better diagnosis, new treatments and, ultimately, cures.

Each year the Harvard Center for Neurodegeneration & Repair organizes a major symposium on biomedical research relating to the understanding and treatment of neurodegenerative diseases. The translational theme provides speakers with an opportunity to present recent results and to discuss their relevance to therapy. This year's conference featured presentations by 9 leaders in the field.

With a dominant focus on Alzheimer's disease, Parkinson's disease, and ALS, this symposium was purposely designed to jump around a variety of themes including basic mechanistic understanding of disease, drug discovery, and clinical trials.

This special eBriefing contains audio and slides presented at the conference, along with background information about the speakers and links to additional resources.

Use the tabs above to find multimedia and additional information.

Speakers in this eBriefing:

The Harvard Center for Neurodegeneration & Repair

Karen Ashe is a professor in the departments of neurology and neuroscience at the University of Minnesota Medical School, and director of the aging and Alzheimer research laboratory. She led the team that developed the Tg2576 mouse that develops signs of Alzheimer's disease as it ages, thus paving the way for drug research and therapies and promoting a deeper understanding of the disease around the world. The development of the mouse was named one of the Top 10 Medical Advances by Harvard Medical School in 1996. The National Institutes of Health (NIH) hailed the mouse model for its usefulness in testing drugs that affect the disease process, not just those that treat its symptoms.

Ashe received her PhD in developmental neuroanatomy from the Massachusetts Institute of Technology. In 1982, she received her MD from Harvard-MIT Health Sciences and Technology Program. She completed a neurology residency at the University of California, San Francisco.

Robert Brown is director of the Day Neuromuscular Research Laboratory and the Muscular Dystrophy Association clinic at the Massachusetts General Hospital. He is also professor of neurology at Harvard Medical School.

Brown graduated from Harvard Medical School and completed his doctoral training in neurophysiology at Oxford University. He trained in neurology at the Massachusetts General Hospital. In 1984, Brown founded the Day Neuromuscular Research Laboratory was founded to investigate neuromuscular diseases, including Miyoshi myopathy and Amyotrophic Lateral Sclerosis.

Ted Dawson is the Leonard and Madlyn Abramson Professor in neurodegenerative diseases, director of the neuroregeneration and repair program in the Institute for Cell Engineering, director of the Parkinson's Disease and Movement Disorder Center, and professor of neurology and neuroscience at the Johns Hopkins University School of Medicine.

Many advances in neurobiology of disease have stemmed from his identification of the mechanisms of neuronal cell death and the elucidation of the molecular mechanisms of neurodegeneration. He pioneered the role of nitric oxide in neuronal injury in stroke and excitotoxicity and elucidated the molecular mechanisms by which nitric oxide and poly (ADP-ribose) polymerase kills neurons. His studies of nitric oxide led to major insights into the neurotransmitter functions of this gaseous messenger molecule. Dawson co-discovered the neurotrophic properties of non-immunosuppressant immunophilin ligands. His discoveries have led to innovative approaches and enhanced the development of new agents to treat Parkinson's disease, Alzheimer's disease, and other neurodegenerative disorders.

Michael Wolfe is a researcher in the departments of neurology, and biological chemistry and molecular pharmacology at Brigham & Women's Hospital of Harvard Medical School. The Wolfe lab studies intramembrane proteases that play critical roles both in normal biology and in human disease, specifically the chemistry and biology of γ-secretase. Findings from the lab implicate a multi-pass protein called presenilin as the catalytic component of a larger γ-secretase complex. Missense mutations in presenilin are thought to cause hereditary Alzheimer's disease, and these mutations specifically affect γ-secretase activity.

Wolfe received his PhD in medicinal chemistry from the University of Kansas and completed his postdoctoral training in cell biology at the National Institutes of Health. After five years on the faculty at the University of Tennessee, he joined Harvard Medical School as associate professor of neurology in 1999.

Paul Greengard is best known for his work on the molecular and cellular function of neurons. In 2000, Greengard, Arvid Carlsson, and Eric Kandel were awarded the Nobel Prize for Physiology or Medicine for their discoveries concerning signal transduction in the nervous system. He is currently Vincent Astor Professor at The Rockefeller University, where his research group focuses on the amyloid precursor protein (APP), the neurobiology of signaling in the brain, and the mechanisms of action of neurotransmitters, therapeutic agents, and drugs of abuse.

Connie Cepko is professor of genetics at Harvard Medical School. She received her PhD degree from the Massachusetts Institute of Technology, working with Phillip Sharp on the assembly of the adenovirus capsid. She remained at MIT as a Jane Coffin Childs Fellow in the laboratory of Richard Mulligan, where she helped develop the technology of retrovirus-mediated gene transduction. Cepko is a member of the National Academy of Sciences and is a Howard Hughes Medical Institute investigator.

Sperling's research is focused on the early diagnosis and treatment of Alzheimer's disease. Her recent work involves the use of functional MRI to study alterations in brain function during associative memory tasks. She is the principal investigator of the National Institutes of Health and private foundation grants to develop neuroimaging outcome markers for clinical trials and is currently running several clinical trials of novel therapies to treat Alzheimer's disease. She has received the American Academy of the Neurology Clinical Research Fellowship Award, the Harvard Medical School Scholars in Medicine Award, and the Paul Beeson Faculty Scholars in Aging Award.

Peter Lansbury is professor of neurology in the Center for Neurologic Diseases at Brigham & Womens Hospital. He received his doctorate degree in organic chemistry from Harvard University in 1985, where he worked with Nobel laureate E. J. Corey. After a postdoctoral fellowship with the late Tom Kaiser at The Rockefeller University, he joined the faculty of Massachusetts Institute of Technology as an assistant professor of chemistry in 1988. He moved to his present position in 1996.

Lansbury serves as director of the Brigham & Women's Hospital Morris K. Udall Parkinson's Disease Research Center of Excellence. He is a member of the steering committee of the Harvard Center for Neurodegeneration and Repair and is the cofounder and chair of the laboratory for drug discovery in neurodegeneration. Lansbury serves on the scientific advisory boards of En Vivo Pharmaceuticals, the ALS-Therapy Development Foundation, and the Boston Cure Project for Multiple Sclerosis. He also serves on the editorial board of the Journal of Molecular Biology and on the board of directors of the Parkinson's Action Network.

Dale Schenk is senior vice president and chief scientific officer of the Elan Corporation, a neuroscience-based biotechnology company. Schenk has been a key figure in contributing to Elan's progress in Alzheimer's disease and is internationally recognized for his contributions to the field, particularly as the inventor of β-amyloid immunotherapy. Schenk has also served as senior vice president of discovery research at Elan, and as the company's vice president of neurobiology.

Previously, Schenk was director of neurobiology for Athena Neurosciences, until the company was acquired by Elan. Earlier at Athena, he served as the leader of the anti-α4 integrin monoclonal antibody project team, as director of immunochemistry, and as senior scientist and project leader for the Alzheimer's disease diagnostic program.

Adrian Ivinson is director of the Harvard Center for Neurodegeneration & Repair.

Presented by The Harvard Center for Neurodegeneration & Repair