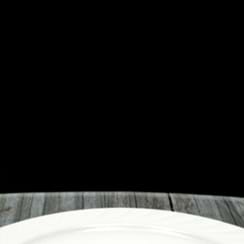 Nutrient Sensing: How the Brain and Gut Regulate Food Intake

Maintaining a careful balance between stored energy and caloric intake is important to ensure that the body has enough energy to maintain itself, grow, and engage in activity. When balanced improperly, obesity and its accompanying disorders can result. The recent explosion in rates of diabetes and obesity worldwide suggests that humans are increasingly unable to maintain proper levels of intake and expenditure.

This meeting considered a range of work exploring the biology of hunger, in particular the complex signaling pathways that regulate metabolism. Speakers discussed the physiology of nutrient sensing, pathways through which the gut and the central nervous system communicate to sense hunger (including the TOR pathway and hexosamine signaling pathway), the possible role of glial cells in regulating food intake, how differences in bacterial populations in the gut might contribute to weight gain, and comparative approaches between humans and other organisms that are producing new insights into this issue.

James Brown is distinguished professor of biology at the University of New Mexico. Brown received his PhD from the University of Michigan. He has held faculty appointments at the University of California at Los Angeles, University of Utah, University of Arizona, University of New Mexico, and Santa Fe Institute. In 1977 Brown began a still-ongoing experimental field study of interactions among desert rodents, ants, and plants. In the late 1980s, he pioneered a research program called "macroecology" to understand pervasive patterns in the body sizes, abundances, and distributions of species. In 1997 Brown, his student Brian Enquist, and physicist Geoffrey West published a seminal paper on why metabolic rate scales as the 3/4 power of body mass. This has led to interdisciplinary research on biological scaling and the metabolic basis of ecology.

Brown has published 7 books and more than 200 papers and book chapters, mentored 60 PhD students and 25 postdocs, served as president of four scientific societies, and received many awards and honors, including the MacArthur and Odum Awards from the Ecological Society of America, the Marsh Award from the British Ecological Society, and election to the U.S. National Academy of Sciences.

John Hanover is chief of the Laboratory of Cell Biochemistry and Biology at the National Institute of Diabetes and Digestive and Kidney Diseases (NIDDK) at the National Institutes of Health. In 1976 he joined the PhD program in the Physiological Chemistry Department then headed by Albert Lehninger at Johns Hopkins University School of Medicine. He examined the role of activated sugars in glycoprotein assembly with William J. Lennarz as his graduate mentor. He then did a Jane-Coffin Childs Memorial Fellowship with Ira Pastan, studying growth factor regulation and the cell biology of intracellular trafficking. Hanover joined the NIH laboratory founded by Arthur Kornberg, LBM, NIDDK in 1984 (Chief: Bill Jakoby). As an independent investigator in LBM, he pioneered the biochemical examination of nuclear pores, the mechanism of nuclear transport, and discovered the hexosamine signaling pathway now thought to play a role in Diabetes mellitus and neurodegeneration. He is currently the subgroup leader of Glycans in Development and Physiology, a 25-member group affiliated with the Consortium for Functional Glycomics.

Hanover has been a faculty of the Foundation for Advanced Education in the Sciences (FAES) since 1983. He is now chairman of the Biochemistry and Biophysics Department in the FAES. He has also participated in a number of FAES courses over the years as a lecturer. Hanover is also an adjunct faculty at Johns Hopkins University, George Washington University, Georgetown University, and Catholic University.

Shai Shaham is an associate professor at the Rockefeller University in New York. He received his PhD in biology from the Massachusetts Institute of Technology in 1995 and completed postdoctoral studies at the University of California, San Francisco, with the late Ira Herskowitz and with Cori Bargmann. Shaham is the recipient several awards, including a Breast Cancer Alliance Masin Young Investigator Award, a Klingenstein Fellowship Award in the Neurosciences, a Sidney Kimmel Foundation for Cancer Research Scholarship, a Brookdale Foundation National Fellowship, and a Helen Hay Whitney Foundation Postdoctoral Fellowship.

The Shaham lab has two distinct areas of interest: understanding how programmed cell death is regulated during animal development; and how glial cells influence nervous system development and function. Using genetic approaches in the roundworm Caenorhabditis elegans, the Shaham lab has identified regulators of apoptosis, a common form of cell death. They have also described a novel, morphologically conserved cell death program with intriguing similarities to programs promoting neurodegenerative disorders. The Shaham lab's work on glia in C. elegans has revealed important roles for these cells in regulating neuron shape and function, and has suggested that glia also have neuron-independent roles in regulating an animal's response to its environment.

Ruth Ley is an assistant professor at Cornell University. Ley earned a BA in Integrative Biology from the University of California, Berkeley. Her graduate training was at the University of Colorado Boulder with Steven Schmidt. Ley was an NRC postdoctoral research associate with Norman Pace at the University of Colorado, Boulder from 2001–2004. Her postdoctoral training continued with Jeffrey Gordon at Washington University School of Medicine's Center for Genome Science from 2004–2008. During this time she investigated the role of gut microbes in obesity and type 1 diabetes, and investigated the links between diet and host genotype in gut microbes in the context of mammalian evolution. She was an assistant research professor in the Department of Developmental Biology at Washington University School of Medicine from 2007–2008.

Gary Schwartz is a professor of medicine and neuroscience at the Albert Einstein College of Medicine of Yeshiva University. His basic research focuses on the neurobiology of feeding behavior, energy balance, and glucose homeostasis in obesity and diabetes. He has published extensively on the role of gut-brain communication in the control of food intake and metabolism, and is a member of the editorial board of several related journals, including the American Journal of Physiology, Physiology and Behavior, and Endocrinology. He is a senior member and Core leader for the Albert Einstein Diabetes Research and Training Center and the New York Obesity Research Center, and is the director of the Skirball Institute for Nutrient Sensing.

Randy Seeley is professor of psychiatry and associate director of the Obesity Research Center at the University of Cincinnati College of Medicine. His work has focused on the actions of various peripheral hormones in the CNS that serve to regulate food intake and body weight. In particular, he has focused upon the numerous hypothalamic and G.I. peptides and their associated receptors that influence both energy intake and energy expenditure.

Seeley received his PhD from the University of Pennsylvania in 1993. He then spent two years as a fellow and two years on the faculty at the University of Washington before locating to the University of Cincinnati in 1997. He has published over 150 peer-reviewed articles including articles in Science, Nature, Nature Medicine, Nature Neuroscience Reviews, The Journal of Clinical Investigation, and the New England Journal of Medicine. He is also the author of 12 book chapters and co-edited a volume on macronutrient selection. He also is the recipient of the 2003 Lilly Scientific Achievement award from the North American Association for the Study of Obesity given to the individual with the highest level of scientific achievement in obesity research in North America less than 15 years after their terminal degree.

John Kral received his MA in Education and Behavioral Neuroscience in 1961, his MD in 1967, completed surgical residency in 1972 and defended his PhD thesis: "Surgical reduction of Adipose Tissue" in 1976 at the University of Göteborg, Sweden. While there, he participated in establishing the program for surgical treatment of obesity, with a broad range of clinical research studies on integrative metabolic physiology including hepatic lipid metabolism, appetite regulation, vagus nerve function, and body composition.

In 1980 he was recruited to St. Luke's Hospital Center, Columbia University to develop a program of surgical metabolism and anti-obesity surgery. He is a charter member of NAASO—the Obesity Society and a co-founder of the American Society for Bariatric Surgery in 1983.

In 1988 Kral moved to SUNY Downstate as professor of surgery and director of surgical services at KCHC. While at Downstate he has initiated and co-organized the NIH Consensus Development Conference Gastrointestinal Surgery for Severe Obesity in 1991, served as president of the NY State Society of Surgeons from 1995 to 1997, was co-chairman of the NIH Workshop Research Considerations in Obesity Surgery in 2001, and served on numerous scientific organizing committees, editorial boards, and in scientific societies.