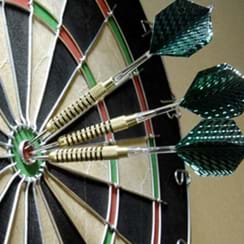 On Target: Therapeutic Opportunities of siRNAs and Antagomirs

Over the past decade or so, researchers have begun to glimpse the rich framework of RNA-based regulatory mechanisms in cells. RNA interference and related mechanisms have already been extensively used as a tool to explore fundamental biological questions. Researchers—and pharmaceutical companies—have high hopes for their therapeutic use as well.

A June 10, 2008 meeting at the Academy addressed some aspects of these therapeutic opportunities. The symposium covered a wide range of topics that researchers should be aware of as they consider safe, practical, and effective delivery of oligonucleotides as drugs. Some talks focused tightly on the stability, targeting, and quantification of short interfering RNA (siRNA) delivery, while others addressed more generally the need to identify appropriate targets and avoid immune side effects. In many of these areas, the history of antisense technology, which largely failed to achieve comparably lofty goals, provides a cautionary tale, but also practical experience in delivering oligonucleotides.

Ingo Röhl studied chemistry at the University of Oldenburg (Germany) and did his Diplom thesis work in combinatorial organic chemistry. His PhD work was focused on the isolation and identification of new sex pheromones from marine invertebrates. After receiving his doctorate, Röhl became head of the analytical chemistry department at NOXXON Pharma AG in the beginning of 2001. He built up the analytical department and worked on new methods for quality control and biochemical characterization of aptamers containing the non-natural L-ribose sugar backbone, the so-called Spiegelmers.

In 2003 Röhl joined Alnylam Pharmaceuticals. His work has been published as part of several breakthrough RNAi publications over the past four years. Through the acquisition of Alnylam's German site in August 2007, Röhl is now heading the analytical department at the Roche RNA Center of Excellence. The main interest of his group is the development of new characterization methods for quality control and chemistry, manufacturing, and control (CMC) for siRNA therapeutics and for the drug metabolism and pharmacokinetics (DMPK) and biodistribution of RNA.

Jan Krützfeldt, received his MD from the Medical University of Lübeck in 1998, and did a residency studying insulin signaling at the University of Tübingen. In 2002 he joined the lab of Markus Stoffel at Rockefeller University exploring microRNA function in mice, and in 2007, he moved with Stoffel to the Institute Swiss Federal Institute of Technology Zurich, where he is part of a clinical fellowship program.

Jost Seibler is the head of technology development and RNAi research at TaconicArtemis. He leads a group dedicated to the development of novel technologies for inducible expression and repression of genes, for targeted transgenesis and for mouse disease models. He has established and is responsible for the RNAi custom project group, and has contributed to the development of proprietary knockout systems and other key technologies. Before joining TaconicArtemis in March 2000 he worked at the National Research Center for Biotechnology in Braunschweig (GBF), where he developed recombinase-based technologies for genetic engineering of the ES cell genome, including a system for the efficient exchange of gene expression cassettes. He received his PhD in 1999 from the TU-Braunschweig.

Low's research into receptor-targeted therapeutic and imaging agents has led to more than 30 U.S. patents/patents pending, and development of these patents has yielded 5 targeted drugs that are currently undergoing human clinical trials for kidney, ovarian, breast, lung, brain and endometrial cancers. He is founder of Endocyte Inc., which is developing treatments based on this last technology. He is also the recipient of numerous honors and awards.

Arthur Krieg is chief scientific officer of Pfizer's Research Technology Center. He was formerly CSO, executive vice president of research and development, and cofounder of Coley Pharmaceutical Group, prior to its acquisition and incorporation into Pfizer in 2008.

Krieg was cofounder and coeditor of the journal Oligonucleotides until 2006, and is founding vice president of the Oligonucleotide Therapeutics Society. He is a board-certified rheumatologist and a fellow of the American College of Rheumatology. He has published more than 200 scientific papers and is co-inventor on 12 issued and 78 pending U.S. patents covering CpG technology. His 1995 Nature paper reporting the discovery of the CpG motif has been cited more than 1200 times.

John Lamb is scientific director in the Genetics group at Rosetta Inpharmatics in Seattle. Lamb currently heads the group applying systems biology approaches to oncology, describing the key variables that drive tumor specific expression and behavior and relating this to treatment outcome. Lamb has also led teams in the identification and development of targets using population-based systems biology approaches for a range of disease areas including, diabetes, obesity, cardiovascular disease, asthma, and cancer.

Thomas Tuschl received a diploma in chemistry from the University of Regensburg in Germany and a PhD in chemistry from the Max Planck Institute for Experimental Medicine and the University of Regensburg. He is associate professor and head of the laboratory for RNA molecular biology at The Rockefeller University. He has received the Wiley Prize in the Biomedical Sciences from the Wiley Foundation and the 2003 AAAS Newcomb Cleveland Prize for an outstanding paper in Science.