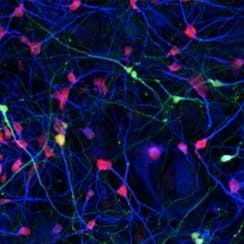 There are two major methods for designing pharmaceutical drugs. In traditional drug discovery (TDD), or empiric design, researchers target a particular domain or protein after working to understand its mechanisms and molecular biology. In phenotypic drug discovery (PDD), many different compounds are tested on a system until one results in an observable phenotype of success, and the compounds' mechanisms of action are not considered. The Phenotypic and Biomarker-based Drug Discovery symposium, presented by the Academy's Biochemical Pharmacology Discussion Group on October 27, 2015, featured current work in PDD and highlighted the need to bridge commercial and academic research to improve phenotypic drug design.

Phenotypic drug discovery—screening of thousands of substances for functional cellular outputs such as gene expression, growth arrest, and cancer cell death—has led to the development of more commercial drugs than TDD, the more common method of discovery.

Sumobrain. Methods and compositions for selective and targeted cancer therapy. 2015.

The Structural Genomics Consortium
A public–private partnership that supports the discovery of new medicines through open-access research.

Michael Foley is Sanders Director of the Tri-Institutional Therapeutics Discovery Institute. A chemist and entrepreneur with more than 25 years of industry and academic experience, he has been scientific cofounder of four companies and one academic institute and has placed 12 single-agent or combination drugs into clinical development. He was most recently the director of the Chemical Biology Platform at the Broad Institute of Harvard and MIT, which successfully established over 150 high-throughput screening development collaborations under his leadership. Foley previously worked at Bristol-Myers Squibb and GlaxoSmithKline. He obtained his PhD in chemistry at Harvard University.

Ralph J. Garippa is the director of the RNAi and Gene Editing Core Facility at Memorial Sloan-Kettering Cancer Center and interim head of the HTS/HCS Core. Garippa is a former head of cell-based high-throughput screening (HTS) and microscopic imaging-based high-content screening (HCS) at Hoffmann-La Roche. He was on the task force that explored research-based stem cells at Roche, with academic and industrial partners including Harvard University, Massachusetts General Hospital, and the Hebrew University in Israel. He also participated in the Therapeutic Stem Cell Task Force, investigating opportunities with allogeneic and autologous mesenchymal stem cells (MSCs). Garippa holds a PhD in pharmacology from Columbia University.

David Mark is senior director of discovery technologies at Hoffmann-La Roche. He previously worked on assay development, high-throughput screening, and discovery technologies. He introduced high-content cell imaging technology to Roche and established a group to apply this technology in high-throughput phenotypic screening of small molecule libraries. He also has assay development and screening experience at Merck & Co. and at Cetus Corporation, where he participated in the discovery and development of two protein therapeutics, betaseron and proleukin. Mark received his PhD in biochemistry from Harvard University and was a postdoctoral fellow at Stanford University Medical Center in the Department of Biochemistry. He holds 19 patents and is the recipient of several awards.

Lorenz Mayr is vice president of reagents and assay development at AstraZeneca. His department in the UK and Sweden develops biochemical, cell-based, and phenotypic assays for all therapeutic areas. He worked previously at Novartis Pharma, Bayer Pharma Research, Bayer Central Research, and the MIT Whitehead Institute. He serves on several editorial and scientific advisory boards, including on the board of directors for the Society of Biomolecular Sciences and as the conference chair of the MipTec Drug Discovery Conference, Europe's largest drug discovery event, held in Basel, Switzerland.

John Moffat is a senior scientist in biochemical and cellular pharmacology at Genentech. He received his PhD in biochemistry from the University of Otago, New Zealand, studying ribosomal stop-codon recognition. He undertook postdoctoral fellowships at Washington University Medical School in St. Louis, studying CSF1R signaling and breast cancer, and at the University of California, Santa Cruz, working on placental endocrinology, mammary gland biology, and cancer. Before joining Genentech, Moffat worked at Sugen, characterizing the functions of novel kinase drug targets. At Genentech he has focused on developing small-molecule therapeutics, including taking a kinase inhibitor from hit to lead to clinical candidate nomination and backup.

Robert Frawley holds a BS in biomedical engineering from Columbia University and is completing a PhD in physiology, biophysics and systems biology at Weill Cornell Graduate School. He enjoys writing for a broad audience and teaching high school science after school.