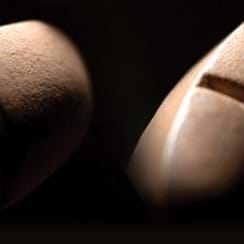 Reported by
Jill U. Adams

The field of predictive toxicology has been successful in forecasting so-called ADME issues—those problems that occur with the absorption, distribution, metabolism, or excretion of drug molecules in the body. Much harder to predict, however, are idiosyncratic toxicities, which often aren't observed until after a drug has been through phase 3 clinical trials and is in wide use.

Toxicogenomics fits into the picture by looking at broad response patterns of gene expression and identifying resulting biomarkers. In conjunction with mechanistic studies, it's a multi-pronged approach to drug safety that's had a few successes. On February 4, 2008, researchers discussed progress in the field, including molecular diagnostic tests for cancer and a novel therapy based on a specific type of mutation that results in truncated proteins. The legal and regulatory reforms that must accompany the scientific breakthroughs were also discussed.

Toxicogenomics
A copious collection of related links at the National Library of Medicine.

Toxicogenomics Research Consortium
A consortium of six academic centers that coordinates multidisciplinary research under the auspices of the NIH National Institute of Environmental Health Sciences.

John Davis is director of investigative toxicology at Pfizer, St. Louis, leading a group of scientists in Drug Safety Research and Development responsible for preclinical toxicology screening and mechanistic studies; he has served as the toxicologist on numerous multidisciplinary project teams in both research as well as development; and he served on and led several clinical and preclinical toxicology issue management teams.

Carol Reed is executive vice president and chief medical officer at Clinical Data, Inc., a global pharmacogenomics company focused on pharmacogenetic test development and targeted therapeutics to help predict drug safety and efficacy, thereby reducing healthcare costs and improving clinical outcomes. Reed has more than eight years of experience in the development of pharmacogenetic tests focused in the areas of cardiovascular disease, psychiatry, and oncology, Previously she had been a member of senior management at Genaissance Pharmaceuticals until its acquisition by Clinical Data in 2005.

Reed received her MD from Rush Medical College in Chicago and speciality training at Jefferson Medical College and the Medical College of Virginia. She has held positions at Bayer Pharmaceuticals, Inc. and the Hospital of St. Raphael in New Haven, CT.

Steven Shak is chief medical officer of Genomic Health, Inc, which is focused on improving the quality of treatment decisions for cancer patients. He and his colleagues have worked together with leading oncology clinical research groups in the United States to use new molecular diagnostic methods and rigorous clinical studies to develop the Oncotype DXTM breast cancer assay. Previously he worked at Genentech and held faculty positions at the New York University School of Medicine and Bellevue Hospital from 1978 to 1986. Throughout his career in academia and industry he has focused not only on the science and medicine of drug, device, and diagnostic development but also on the public health issues of access, cost, and appropriate use of expensive new technologies.

Shak received his MD degree from New York University School of Medicine, and did postgraduate training in medicine and research at Bellevue Hospital in New York City and the University of California, San Francisco.

Langdon Miller is Chief Medical Officer at PTC Therapeutics, Inc, where he has led the company's clinical development programs in genetic disorders and oncology. Miller has more than 15 years of experience in the design and implementation of successful drug development projects and in interactions with regulatory authorities, advisory committees, investigators, advocacy organizations, and the investment community.

Miller received his MD from Northwestern University Medical School and completed an internal medicine residency at the University of Minnesota and a medical oncology fellowship at Stanford University. He served as a Senior Investigator at the National Cancer Institute, and also worked in oncology clinical development at the Pharmacia Corporation, eventually heading the worldwide cancer drug development group.

Barbara Evans is codirector of the Health Law & Policy Institute and director of the Center on Biotechnology & Law at the University of Houston Law Center. She recently has served on the Oversight Task Force of the Secretary's Advisory Committee on Genetics, Health and Society and on the American Bar Association's Special Committee on Bioethics and the Law.

Jill U. Adams is a scientist-turned-science-writer based in Albany, New York.