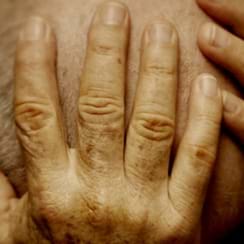 Redirected Therapies: Repurposing Compounds for Use against Neurodegenerative Diseases

Leslie Thompson of the University of California, Irvine, presented studies in fruit fly and mouse models of Huntington's disease in which blocking the action of histone deacetylase (HDAC) inhibitors suppressed effects of Huntington's disease. Todd Golde of the Mayo Clinic in Jacksonville, Florida, discussed new results from three independent, large-scale epidemiological studies that found that people who take non-steroidal anti-inflammatory drugs for at least two years receive some protection from Alzheimer's disease. Craig Justman of Link Medicine showed how farnesyl transferase inhibitors (FTIs)—many of which have already been developed for use in cancer research—might help slow or halt the progression of Parkinson's disease.

Speakers also explained that because many of the agents they used have already been studied in humans for cancer and other conditions, implementation of their use against neurodegenerative diseases could be accelerated if they are found to be effective.

Huntington's Disease Information Page
The National Institute of Neurological Disorders and Stroke (NINDS) provides an overview of this disease with links to specialized information.

Link Medicine
Peter Landsbury heads this privately held company, which is focused on discovering how to prevent or reverse the effects of Parkinson's Disease.

National Human Genome Research Institute
An arm of the National Institutes of Health, the NHGRI provides a summary of recent research in Parkinson's Disease.

National Parkinson Foundation
This is a large site with extensive information on the disease.

Research in Leslie Thompson's laboratory at the University of California at Irvine, where she is an associate professor, focuses on molecular and biochemical studies of two human genetic disorders, Huntington's disease and achondroplasia. Huntington's disease is a devastating neurological disorder caused by expansion of a CAG trinucleotide repeat within the coding region of the HD gene. It is one of a growing family of neurological disorders caused by triplet repeat expansion. Using Drosophila and inducible cell culture systems, her group is creating cellular models of Huntington's disease in order to understand the pathogenesis of triplet repeats, as well as to utilize these models as screens for potential therapies.

Todd Golde, MD, PhD, is an associate professor in the Department of Neuroscience at Mayo Clinic, Jacksonville, Florida. His research over the past 12 years has focused on the role of the amyloid-β protein (Aβ) in Alzheimer's disease (AD). During his training as an MD PhD student in the laboratory of Steve Younkin, Golde and colleagues showed that Aβ was a normally derived product of the amyloid-β protein precursor (APP), and later he played a major role in studies showing that mutant forms of the APP alter processing of the APP in manner that is likely to drive Aβ aggregation and accumulation in the AD brain. After receiving his MD and PhD degrees from Case Western Reserve University, Golde completed a clinical residency in Laboratory Medicine at the University of Pennsylvania. After his residency, Golde joined the Department of Pathology at the University of Pennsylvania as an assistant professor, and two years later joined the Neurodegenerative Research group in Mayo Clinic Jacksonville. His current research is focused on understanding the mechanism by which different Aβ peptides are made, pursuing ways in which Aβ metabolism can be pharmacologically manipulated, and trying to understand how Aβ deposition leads to neuronal dysfunction and death. He hopes that the insights form these studies can translate into effective therapies for the treatment or prevention of AD.

A senior scientist with the privately held company, Link Medicine LLC, Cambridge, Massachusetts, Craig Justman was a graduate student at the Broad Institute's Stuart L. Schreiber Research Laboratory from 1991–1999. He went on to serve as a postdoctoral fellow in the laboratory of Peter Landsbury at Harvard Medical School. Link Medicine was founded in 2005 to accelerate the development of interventions to prevent or slow the progression of Parkinson's Disease.

As a journalist living near New York City, Karla Harby has written for Scientific American, Discover, and the Reuters new agency, as well as for nonprofit organizations, Web sites, and specialty magazines. She holds a BA in race and ethnic relations from Michigan State University and an MS in journalism from Columbia University. In her other career, she is a professional flutist.