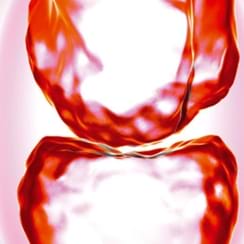 Resolving Inflammation: A Revolutionary Therapeutic in Progress and How It Came to Be

Inflammation is a protective response to injury and infection. Resolution—the timely end to this response—is equally fundamental to health because it prevents damage to surrounding healthy tissues. When resolution is dysregulated, a number of chronic inflammatory diseases can occur, and it can be an invisible first step in various pathologies.

This eBriefing covers a February 27, 2007, meeting of the Academy's Biochemical Pharmacology Discussion Group, and provides an in-depth overview of the field. Five scientists in the forefront of research into resolution of inflammation discussed their discoveries and insights. Speakers focused on important components of resolution—particularly lipid mediators such as lipoxins, resolvins, and neuroprotectins, which serve as stop signals to the inflammatory process—and looked at ways to amplify the body's endogenous ability to resolve inflammation and restore a healthy equilibrium to tissue. More specifically, they considered topics including the role of lipoxin in cystic fibrosis and in the host inflammatory response to Toxoplasma gondii infection; the protective role of adenosine against inflammation; the return of lymphocyte populations during resolution; the fundamental role played by omega-3 fatty acids in resolution; and early signs of the potential viability of lipoxin A4 as a therapeutic.

Resolvins and Protectins: Novel Lipid Mediators in Resolution of Inflammation

Lipoxins and Regulation of Innate Immunity to Infection

Charles N. Serhan was recently appointed the first Endowed Distinguished Scientist at Brigham and Women's Hospital and currently serves as director of the Center for Experimental Therapeutics and Reperfusion Injury (CET&RI) at BWH. He is also the Simon Gelman Professor at Harvard Medical School.

The research undertaken in the Serhan laboratory focuses on structural elucidation of bioactive molecules. The overall mission is to identify novel pathways and cellular targets critical in regulating neutrophil-mediated inflammation and to establish the templates for physiologic small molecule-based interventions. In the CET&RI, the overarching mission is to define the molecular mechanisms underlying reperfusion injury and to identify novel therapeutic interventions that can prevent cell injury.

Derek Gilroy's scientific career started out at the Imperial College School of Medicine, Royal Postgraduate Medical School, University of London, where he received his MSc degree in 1993, followed by a PhD degree four years later. At present, he is Wellcome Trust Career Development Fellow at the Department of Medicine, Rayne Institute, University College of London. Here, he conducts his research activities that mainly center on the pathogenesis of chronic inflammation and auto-immunity.

In the course of his scientific career, Gilroy collected important experience abroad: He first worked as research fellow at the Institute of Biomedical Sciences in Taipeh, Taiwan, from 1998–1999. One year later, he deepened his knowledge as postdoctorate research fellow at the Vascular Biology Research Center and Division of Hematology at the University of Texas-Houston Health Science Center Medical School, USA. After his return, he continued as honorary lecturer and postdoctorate research scientist at the William Harvey Research Institute, St. Bartholomew's, and the Royal London School of Medicine and Dentistry, London.

Gilroy is particularly interested in the biochemical pathways that orchestrate the innate and adaptive immune response.

Julio Aliberti is an assistant professor in the Divisions of Molecular Immunology and Pulmonary Medicine at Cincinnati Children’s Hospital Medical Center. Aliberti received his PhD from the Faculdade de Medicina de Ribeirão Preto (FMRP) /Universidade de São Paulo (USP), Ribeirão Preto, Brazil, in 1998. He completed postdoctoral work in the Laboratory of Parasitic Diseases at the National Institute of Allergy and Infectious Disease at the National Institutes of Health. After his postdoc, he was an assistant professor at Duke University Medical Center until his move to Cincinnati in 2006.Aliberti was the recipient of the Young Investigator Award from the Brazilian Society of Immunology in 1997 and the Fellow Award in Research Excellence from the NIH in 2000 and 2002. He was also awarded the Woods Hole Immunoparasitology Research Excellence Award in 2002.

John Parkinson is a senior research scientist at Berlex Biosciences/Bayer Schering Pharma. He is currently responsible for research in two development stage projects for GBU-Specialized Therapeutics (chronic immune disorders) with emerging responsibilities in project management on biologics for treating hemophilia.

As a senior scientist in the immunology department of Berlex Biosciences, Parkinson led projects on inflammatory bowel disease (IBD) and established external collaborations for lipoxin efficacy in colitis models of IBD, allergic airway inflammation, acute inflammation, and autoimmunity. He was also a leader or mentor for a number of other projects, including validation of a novel immunoreceptor target in animal models of IBD, validation of a novel kinase target in CD4+ CD8+ T cells and macrophages in EAE models of multiple sclerosis, and studies on metalloenzyme inhibitors. He has given numerous invited lectures and served on the supervisory board of several institutions and conferences.

Parkinson obtained a PhD from the Department of Biochemistry at the University of Bristol, Bristol, U.K.

Sheila Sperber Haas is a freelance science and health care writer living in New York City who writes about issues ranging from molecular biology and immunology to complementary and alternative medicine. Her varied projects include Dermatology Focus, bringing the forefront of molecular investigative dermatology to a clinical readership.