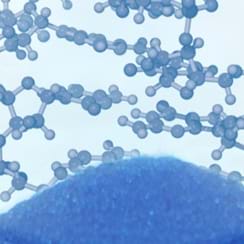 Since the 1990s, researchers have recognized a growing number of ways in which naturally occurring short RNAs regulate aspects of gene expression, both in normal processes like development and in diseases like cancer. On May 12, 2009, the Academy's Non-coding RNA Biology Discussion Group gathered to explore how these endogenous RNAs affect stress responses and longevity.

Speakers discussed a variety of small RNAs and their roles in determining lifespan, focusing on work in Drosophila, C. elegans, mice, and plants. Topics included recent research on how microRNAs could be used as biomarkers in aging; the role of endogenous small RNAs in plant stress responses; how small RNAs function in heat shock response in eukaryotes; the function of the polymer poly(ADP-ribose) in regulating activity of RNA and RNA-binding proteins in stress granules; and how microRNAs regulate cell senescence.

Frank Slack received his BSc from the University of Cape Town in South Africa, before completing his PhD in molecular biology at Tufts University School of Medicine. He started work on microRNAs as a postdoctoral fellow in Gary Ruvkun's laboratory at Harvard Medical School, where he co-discovered the second known microRNA, let-7. He is currently an associate professor in the Department of Molecular, Cellular, and Developmental Biology at Yale University. The Slack laboratory studies the roles of microRNAs and their targets in development, disease and aging.

Ramanjulu Sunkar received his BS and MS and degrees in botany, and his PhD in plant stress physiology, from Sri Krishnadevaraya University in Anantapur, India. He obtained his postdoctoral training under Hillel Fromm (Weizmann Institute of Sciences, Israel), Dorothea Bartels (University of Bonn, Germany), and Jian-Kang Zhu (University of California, Riverside). While in Dr. Zhu’s laboratory, Sunkar initiated and developed an independent research program on stress-regulated small RNAs (microRNAs and small-interfering RNAs) in plants.

In 2006, Sunkar joined the Department of Biochemistry and Molecular Biology at Oklahoma State University as an assistant professor and continued to develop this cutting-edge research program on the role of small RNAs in plant stress responses. His laboratory’s research has been funded by the United States Department of Agriculture (USDA), National Science Foundation (NSF), Oklahoma Centre for the Advancement of Science and Technology (OCAST), Oklahoma Tobacco Research Centre (OTRC) and Oklahoma Agricultural Experiment Station (OAES). Currently, he is editing a volume on plant abiotic stress under the series, Methods in Molecular Biology. He served as an ad-hoc reviewer for National Science Foundation (USA), Biotechnology and Biological Sciences Research Council (BBSRC, UK), and other agencies.

Evgeny Nudler earned his undergraduate and Master's degrees from the Moscow State University and his PhD in biochemistry in 1995 from the Institute of Molecular Genetics in Moscow, Russia. He joined NYU in 1997 from the Public Health Research Institute of New York City.

Nudler has done pioneering studies in various biological fields. His original work on transcription explained how RNA polymerase moves and recognizes pausing and termination signals in DNA and RNA. His studies on bacterial gene regulation led to the discovery of riboswitches (metabolite-sensing RNA) that control numerous bacterial genes. More recently, his group uncovered key regulators of the heat shock response in eukaryotic cells. He has also made important contributions in the area of nitric oxide biochemistry in both animal and bacterial systems. Nudler has received many prestigious grants and awards including the Searle Scholar Award and NIH Director's Pioneer Award.

Anthony Leung received his MBioch from Exeter College, University of Oxford, UK and his PhD work focused on the dynamic behavior of nucleolar proteome in Angus Lamond’s Laboratory (University of Dundee, UK). He is currently a special fellow of the Leukemia and Lymphoma Society in the laboratory of Phillip Sharp at Massachusetts Institute of Technology. Anthony is interested in how microRNA functions—where it localizes in cells, what proteins it binds to, and what the real targets of microRNAs are. Specifically, he uses deep sequencing technology, quantitative imaging, and proteomics to study how microRNA function changes during cellular stress.

Irina Groisman completed her PhD at Kiev State University in Ukraine, where she studied fidelity of translation in prokaryotes. Her first postdoc was with Hanna Engelberg-Kulka at Hebrew University of Jerusalem, Hadassah Medical School, where she worked on translational regulation of gene expression in prokaryotes. She completed a second postdoc at the University of Massachusetts Medical School in the lab of Joel Richter, where she investigated function of CPEB (cytoplasmic polyadenylation element binding protein) during Xenopus embryonic and somatic mammalian cell cycle. She was later team leader at the Center for Computational Integrative Biology at Massachusetts General Hospital, where she worked on cancer therapy development based on double targeting theory, proposed by Brian Seed. Since the beginning of 2009 Groisman has worked at the André Lwoff Institute, near Paris, France, where she is a group leader investigating the role of CPEB during the mammalian cell cycle. The work may have applications for cancer transformation and aging.

Germano Cecere received his BSc from the University of Naples in 2004. Under the supervision of Carlo Cogoni he received his PhD at the University of Rome by contributing to the understanding of the mechanisms of small RNA silencing in the filamentous fungus Neurospora crassa. In 2008 he started a postdoctoral research in Alla Grishok’s lab at Columbia University, where he has begun studying the connection between small RNA silencing and the epigenetic regulation of gene expression in C. elegans.