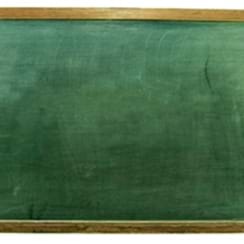 Eighty percent of newly minted PhDs will desire a tenure-track faculty position, but only 20% will actually get that coveted career job. To get a leg up on the competition, more than 200 young scientists crowded into the Rockefeller Research Laboratories Auditorium at Memorial Sloan-Kettering Cancer Center (MSKCC) to engage in an interactive panel discussion with faculty from MSKCC and New Jersey City University (NJCU).

Held on September 26, 2006, the two-hour session addressed dozens of questions ranging from application packages and interviews to negotiating offers at small and large universities and research institutions. Moderating was Lori Conlan of the New York Science Alliance for Students and Postdocs, sponsor of the event. She was joined by James Allison, a Howard Hughes Investigator and chair of the immunology program at MSKCC; Cindy Jo Arrigo, a cell biologist at New Jersey City University; and Johanna Joyce, a cancer biologist at MSKCC.

Chronicle of Higher Education
The Chronicle compiles the latest news and information about the academic profession, and publishes advice and job listings at the Chronicle Careers mini site.

Naturejobs
This online career magazine publishes a searchable list of job listings in the sciences.

Occupational Employment Statistics Survey
The U.S. Bureau of Labor Statistics publishes an annual report on employment and wage estimates for over 800 occupations. Information on careers in life, physical, and social sciences is available here.

James Allison is David H. Koch Chair in Immunologic Studies at Memorial Sloan-Kettering Cancer Center and an investigator of the Howard Hughes Medical Institute. He is also director of the Ludwig Center of Cancer Immunotherapy and an attending immunologist in the Department of Medicine at MSKCC. In his research he studies the molecular immunology of the T cell antigen receptor complex, co-stimulatory receptors, and other molecules involved in T cell activation.

He received his PhD degree in biological sciences at the University of Texas, Austin, and did postdoctoral work at the Scripps Clinic and Research Foundation. He later held a faculty position at the University of Texas System Cancer Center, followed by a year as a visiting scholar at Stanford University School of Medicine. Before joining MSKCC he spent 20 years at the University of California, Berkeley, where he was a professor in the Division of Immunology and director of the Cancer Research Laboratory. Allison is a member of the National Academy of Sciences, a fellow of the American Academy of Microbiology, and has served as president of the American Association of Immunologists.

Cindy Jo Arrigo is an assistant professor of cell biology in the Department of Biology at New Jersey City University. In her doctoral research she studied the biochemistry of DNA replication in Mycobacterium tuberculosis. Postdoctorate work in the area of human antiviral response was supported by an individual NIH training grant.

A frequent author and speaker on science and engineering workforce issues Arrigo has led sessions at the American Association for the Advancement of Science, the National Academies of Science, and the National Science Foundation. She maintains an active research program and involves herself in community service focused on promotion of diversity and career development in underserved populations.

Johanna Joyce completed her undergraduate training at Trinity College in Dublin, receiving her degree in genetics in 1994. She then went on to the University of Cambridge for her PhD, and did her graduate research in Paul Schofield's lab in the Department of Anatomy. She studied the mechanisms underlying genomic imprinting, focusing on human diseases that resulted from imprinting defects including cancer. She then moved to California to do a postdoctoral fellowship with Douglas Hanahan at the University of California, San Francisco, working on mouse models of human cancers, with a focus on tumor angiogenesis and invasion.

She started her laboratory at the Sloan-Kettering Institute in the Cancer Biology and Genetics Program in December 2004. The focus of her lab is to understand how the tumor microenvironment contributes to tumor initiation and progression. She continues to use mouse models of cancer to ask how the influence of the tumor microenvironment varies from one tissue to another, and her lab is currently studying tumor-stromal interactions in pancreatic, breast, lung and brain cancers. Her lab is actively translating this knowledge to human cancers through several collaborations with clinicians at MSKCC.