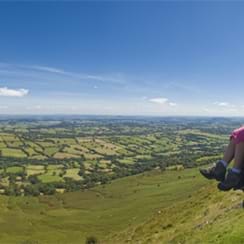 The Future of Science Education in New York

On January 11, 2011, education leaders and stakeholders from across the state gathered to discuss major issues in science education facing New York State. Over 200 educators, administrators, scientists, and policymakers braved the snow to attend the panel discussion in-person, and approximately 50 people participated in the event via a live, interactive webinar. The event was co-sponsored by The State University of New York (SUNY), and a number of the SUNY campuses organized regional discussions and viewing parties, making this a truly statewide event. The panel consisted of Nancy Zimpher, Chancellor of the State University of New York; David Steiner, Commissioner of the New York State Education Department; Milton Cofield, Vice Chancellor of the Board of Regents; and Josh Thomases, Chief Academic Officer for the New York City Department of Education Office of Portfolio Development. Margaret Ashida, Project Manager for the Empire State STEM Learning Network, moderated the panel.

While the event was originally conceived as a more technical conversation about curriculum and academic standards, the participating teachers, administrators, and university faculty were keen to discuss important changes in teacher preparation, the integration of math and reading and writing curricula, and the role of scientists in the classroom. The preparation and retention of teachers were recurring themes during the night, and they are central to New York's winning application in the federal Race to the Top (RttT) competition. Currently the state produces only 700 science, technology, engineering, and math teachers each year and must increase that production three-fold to meet demands across the state.

One change already in pilot form but prompted by RttT is the shift to giving all teachers more clinical experience, such as student teaching, as they earn their certification. This change and others like it, inspired by the clinical preparation of medical professionals, will give pre-service teachers more hours in classrooms honing their craft with a mentoring teacher. Chancellor Zimpher emphasized that teacher preparation must "begin at the beginning" with more clinical experiences that provide low-risk opportunities for teachers to learn both the art and the science of teaching. In addition, teacher preparation must become more appealing, rigorous, and practice-based to appeal to top graduates as it does in other countries.

The panelists also focused on the lowest performing schools in urban and rural districts around the state. Recruitment and retention of teachers at low-performing schools has been identified as an area in need of improvement, and RttT funding will motivate top teachers to choose placements in high needs schools and will encourage them to stay in those schools. All of the panelists urged communities to focus on their local schools, pushing for an "all hands on deck" approach to improving schools that involves an increased role for parents and for the surrounding post-secondary and industrial communities.

RttT funding will also support the State's efforts to provide Advanced Placement courses. Under-performing high schools traditionally offer very few advanced math and science classes, effectively ensuring that students will not be prepared to succeed as a science major in college. A focus on providing AP courses will also help draw teachers with advanced science degrees to schools where they are needed.

Finally, RttT will fund the writing of a state-wide curriculum that will map out what students should learn from kindergarten through high school. While these new standards will provide a state-wide measure of rigor, the panel expressed the belief that all of the subject areas need to be integrated across the grades so that students have an opportunity to learn problems relevant to the real-world context in which they are situated.

Speaking from the perspective of a scientist, Vice Chancellor Cofield remarked that success in science has a "long time horizon" for young people and that generally kids want to become a professional faster than this time horizon would allow. In addition, both the panel and the audience questioned how to make the study of science similar to the actual practice of science. In the classroom, science can become about memorization or labs that resemble recipes, making it devoid of real-world excitement and context. The scientists in the room promoted field experiences, inquiry labs, and increased connections with faculty and graduate students as solutions to this problem. The panel also pointed to specific policy changes such as a switch from Carnegie Units, credit based upon the number of hours in class, to performance-based credits based on exit exams, portfolio reviews, and other benchmarks that can be met through a variety of school activities.

After the panel discussion ended, the speakers answered questions from the in-person and online audience. The questions echoed the themes of the discussion: the importance and challenges of teacher preparation, the role of scientists and communities, and the specific policy questions such as the implications and future of the No Child Left Behind Act.  Many individuals came forward to discuss their experiences with different teacher preparation programs and certification routes, highlighting the tension between those who want to teach, and often have multiple advanced degrees, and a teacher preparation system that is either too inflexible to account for diverse experiences or that deems them unqualified despite their advanced training.

Commissioner Steiner highlighted current actions that would provide pathways for more scientists to become K-12 educators, and all of the panelists expressed that much more work was needed to reconcile the needs of the K-12 community with the interests of stakeholders and with the pace of education reforms.

Please click here to view a selection of photos of the event.

Education for All: An Imperative for Reducing Poverty
Article by Nicholas Burnett

A Nation At Risk: Towards Excellence for All
Article by Tommy M. Tomlinson

Margaret Ashida directs the Empire State STEM Learning Network, formed in June 2010 to build the capacity of local communities to create and institute innovative and sustainable STEM schools, policies, programs, platforms and partnerships across New York State to improve the college- and career-readiness of all students.

Ashida is the Chair of the Board of Directors of LEAP (Leadership Education for Asian Pacifics Inc.) and is a graduate of LEAP's Leadership Development Program. She was recognized with a Corporate Leadership Award at the OCA 2005 National Meeting for her career achievements and work on behalf of the Asian community. Ashida is also a Trustee Emeritus of the Anita Borg Institute for Women and Technology (Board service from 2003–2009), is a past co-chair of the National Center for Women and IT (NCWIT) Workforce Alliance, and is a past chair of the MentorNet Advisory Board. Margaret holds a BA from the University of Rochester. She is an honorary member of the University's Trustees' Council, a charter member of the George Eastman Circle, and currently serves on the Libraries Advisory Council. She also holds an MBA from the Stanford Graduate School of Business.

In 1989, he was awarded the MBA degree in finance from the University of Pennsylvania Wharton School and began a career in administrative leadership at Kodak in a healthcare business unit focused on clinical chemistry diagnostics. In 1991, he was appointed assistant to the President of SUNY College at Brockport, New York, where he served until 1996. Since 2002, he has served as Executive Director of the undergraduate business program at Carnegie Mellon University in the Tepper School of Business. He is passionate about undergraduate education and especially teaching.

He was appointed to the New York State Board of Regents in 2002 and subsequently elected to chair the Regents committee on higher education and professional practice. He was elected vice-chancellor of the Board Regents by his colleagues in 2009.

As Commissioner of Education, Steiner serves as chief executive officer of the Board of Regents, which has jurisdiction over the most comprehensive state educational system in the nation. The system encompasses every education endeavor in the State, including public and non-public elementary, middle and secondary education; public and independent colleges and universities; museums, libraries, historical societies and archives; the vocational rehabilitation system; and responsibility for the licensing, practice and oversight of 48 professions.

Steiner has a PhD in political science from Harvard University and a BA and an MA in philosophy, politics and economics from Balliol College at Oxford University.

Josh Thomases is the Deputy Chief Schools Officer for Academics in the Division of School Support and Instruction. Thomases oversees the planning and implementation of a coherent and effective strategy for school improvement across the district. He joined the central DOE in 2004 as the Chief Academic Officer in the Office of New Schools and Office of Portfolio Development, primarily responsible for the creation of nearly 300 new district schools and the leadership of the New School Intensive program, which trained and coached over 200 new principals in partnership with the New York City Leadership Academy. Thomases began his career in education as a founding teacher and ultimately the co-leader of El Puente Academy for Peace and Justice, a small school developed in partnership with New Visions for Public Schools. Thomases graduated from Bank Street College of Education with an MA in educational leadership.

In 2009, Nancy Zimpher became the 12th Chancellor of the State University of New York. With more than 465,000 students, SUNY is the nation's largest comprehensive system of higher education.

As Chancellor, Zimpher has been a vocal advocate for groundbreaking legislative reforms that ensure SUNY can continue to provide broad access to higher education in an environment of declining state support, while maximizing its impact as an engine of economic development.

A former chair of the Association of Public and Land-Grant Universities, Zimpher now leads the national Coalition of Urban Serving Universities and co-chairs a national blue-ribbon panel on transforming teacher preparation. She serves on the board of CEOs for Cities, is a member of the Business–Higher Education Forum, and the Board of Governors of the New York Academy of Sciences. Prior to coming to SUNY, Dr. Zimpher served as president of the University of Cincinnati, Chancellor of the University of Wisconsin-Milwaukee, and Executive Dean of the Professional Colleges and Dean of the College of Education at The Ohio State University.