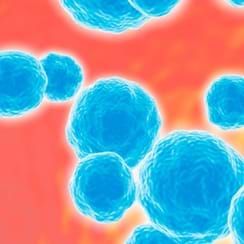 The Microbiome in Health, Disease, and Therapeutics: Bugs, Guts, and Drugs

The advent of fast, cheap DNA sequencing technologies has allowed scientists to probe a longstanding question: How many microbial species are there, and exactly what are they doing? Until recently, researchers could only study microorganisms that could be cultured in the lab, leaving an unknown but presumably large number of species unexamined. Indeed, as new data come in phrases such as "large number of species" seem pathetically inadequate.

The infant field of microbiomics has already revealed vast, immensely powerful ecosystems of bacteria and viruses in every niche scientists have investigated. Looking at the human body alone reveals distinct microbiomes in every orifice and a complex web of microbial interactions and metabolic products influencing every part of our lives.

On October 4, 2013, scientists working on the frontiers of human microbiomics met at the New York Academy of Sciences to discuss the profound effects our personal microbiomes have on health and disease, and to ponder the possibilities of a new era of microbially-based medicine. The Microbiome in Health, Disease, and Therapeutics: Bugs, Guts, and Drugs was presented by the Academy's Biochemical Pharmacology Discussion Group.

Abt MC, Artis D. The dynamic influence of commensal bacteria on the immune response to pathogens. Curr Opin Microbiol. 2013;16(1):4-9.

Ludvigsson JF, Reichenberg A, Hultman CM, Murray JA. A nationwide study of the association between celiac disease and the risk of autistic spectrum disorders. JAMA Psychiatry. 2013;70(11):1224-30.

Mercedes Beyna is a research scientist at Pfizer, where she is using molecular, cellular, genetic, and imaging approaches in the quest to understand the biology underlying autism spectrum disorders. Captivated by neuroscience, she has worked in the field for over 10 years, in both academic and industrial laboratory settings. Beyna attended Binghamton University, earning her undergraduate degree in biology, and subsequently received her master's degree in biology from New York University. As an active member of the Biochemical Pharmacology Discussion Group, she enjoys developing interesting and educational symposia.

Robert Martone is the neuroscience therapeutic area lead for the Covance Biomarker Center of Excellence. He has expertise in both small-molecule and protein therapeutics and extensive experience in the pharmaceutical industry, leading neuroscience drug discovery and technology teams from target identification through clinical trials. He also has several years of academic research experience in molecular neurobiology, with a focus on the molecular genetics of familial neuropathies and CNS tumor biomarker development.

Nilufer Seth is a scientist in the Host–Microbiome Interactions Group in the Immunoscience Research Unit at Pfizer. She received her PhD from the Medical College of Augusta and joined the Dana-Farber Cancer Institute for postdoctoral training. Her research focused on the ex vivo isolation and study of pathogenic CD4 T cells from individuals with infections or autoimmune disease. She studied human HIV and HCV antigen-specific T cells and antigen-specific CD4 T cells from NOD mice using a novel method she developed to generate MHC class II tetramers. She previously worked at Wyeth, focusing on projects targeting inflammatory cytokines, as well as other therapeutic mechanisms targeting B and T cells. At Pfizer she is part of a group that is dedicated to discovering medicines that will reshape the treatment of inflammatory and autoimmune diseases by harnessing strategies and pathways used by the human gut microbiota to maintain immune homeostasis.

Jennifer Henry is the director of Life Sciences at the New York Academy of Sciences. Henry joined the Academy in 2009, before which she was a publishing manager in the Academic Journals division at Nature Publishing Group. She also has eight years of direct editorial experience as editor of Functional Plant Biology for CSIRO Publishing in Australia. She received her PhD in plant molecular biology from the University of Melbourne, specializing in the genetic engineering of transgenic crops. As director of Life Sciences, she is responsible for developing scientific symposia across a range of life sciences, including biochemical pharmacology, neuroscience, systems biology, genome integrity, infectious diseases and microbiology. She also generates alliances with organizations interested in developing programmatic content

David Artis completed his doctorate at the University of Manchester, UK, focusing on the regulation of immunity and inflammation in the intestine. He received a Wellcome Trust Prize Traveling Fellowship and pursued fellowship training at the University of Pennsylvania, where he continued his research in the regulation of immune responses at barrier surfaces. Artis joined the faculty of the University of Pennsylvania in 2005 and became an associate professor of microbiology in 2010. Artis has developed a research program focused on dissecting the pathways that regulate innate and adaptive immune cell function at barrier surfaces in the context of health and disease. His research program also encompasses translation of research findings in preclinical models and patient-based studies of immune-mediated diseases.

Stephen M. Collins received medical training at London University, UK, where he later specialized in internal medicine. He trained in gastroenterology at McMaster University, Canada, before completing three years of research training in cell biology at the Digestive Diseases Branch, National Institutes of Health (NIH). He has been on staff at McMaster University since 1981, where he is now associate dean for research in the faculty of health sciences and holds the title of distinguished university professor. He is past president of the Canadian Association of Gastroenterology. His areas of interest include the impact of inflammation on gut function, neuron–immune interactions, and the role of commensal bacteria in health and disease. He has served as an advisor to the Crohn's and Colitis Foundation of America and chaired the Strategic Initiatives Committee for the Crohn's and Colitis Foundation of Canada.

Peter S. DiStefano has over 25 years of experience in the pharmaceutical and biotechnology industries, holding several positions in drug discovery and development. Before joining Second Genome, he was chief scientific officer and senior vice president of research and development at Elixir Pharmaceuticals. At Millennium Pharmaceuticals, he headed the psychiatric disease and pain programs as the senior director of neurobiology. He currently serves on the Board of Directors at Acylin Therapeutics, a biotech start-up company focused on cancer therapeutics that he founded in Seattle in 2010. DiStefano received his PhD in pharmacology from Upstate Medical Center in Syracuse and did his postdoctoral training in pharmacology at Washington University in St. Louis.

Michael A. Fischbach is an assistant professor in the Department of Bioengineering and Therapeutic Sciences at the University of California, San Francisco, and a member of the California Institute for Quantitative Biosciences (QB3). His laboratory uses a combination of genomics and chemistry to identify and characterize small molecules from microbes, with an emphasis on the human microbiome. Fischbach received his PhD in chemistry from Harvard University, where he studied the role of iron acquisition in bacterial pathogenesis and the biosynthesis of antibiotics. Before joining UCSF, he spent two years as an independent fellow at Massachusetts General Hospital, coordinating a collaborative effort based at the Broad Institute to develop genomics-based approaches to the discovery of small molecules from microbes. Fischbach is a member of the scientific advisory boards of Second Genome, Reckitt Bensicker, and Warp Drive Bio, and a consultant for Achaogen, Bayer CropScience, and Genentech.

The Broad Institute of MIT and Harvard
website | publications

Dirk Gevers received a PhD in biochemistry from Ghent University, Belgium, and completed postdoctoral training at Ghent University and Massachusetts Institute of Technology in bioinformatics, comparative and evolutionary genome analysis, and microbial ecology. He joined the Broad Institute in 2008 as a computational biologist, shortly after the National Institutes of Health funded four major U.S. Microbial Sequencing Centers to take on the Human Microbiome Project, an ambitious initiative to understand the microorganisms that live in and on humans. Within this large-scale metagenomics project, he has spearheaded the development of high-throughput capabilities for processing, organizing, and interpreting metagenomic datasets that enable a comprehensive examination of microbial communities. In 2010, Gevers was appointed group leader of Microbial Systems and Communities in the Genome Sequencing and Analysis Program. His projects bring together advanced sequence-based technologies and novel bioinformatic tools to characterize the vast complexity of the human microbiome in both health and disease.

Joseph A. Murray is a professor of medicine at the Mayo Clinic. He received an MD from the National University of Ireland and completed a residency at the University of Iowa. Murray's research focus in two distinct areas: celiac disease, or gluten sensitivity, and enteropathy and esophageal disorders. The first research area is sponsored by the NIH and focuses on clinical epidemiology of celiac disease, the role of genetics in predicting disease, the development of animal models for the disease and its associated dermatologic condition, and dermatitis herpetiformis. The second area focuses on esophageal disorders, particularly esophageal functional disorders such as reflux and atypical reflux. He also studies eosinophilic esophagitis, specifically translational research looking at the association between allergic disorders and eosinophilic infiltration of the esophagus.

Jeremy K. Nicholson is a professor in the Department of Surgery & Cancer and is the chair and head of the Department of Biological Chemistry at Imperial College London. His research focuses on molecular physio-chemical processes in metabolism and medicine, the development of novel spectroscopic and chemometric tools for investigating human disease and toxicological mechanisms, metabolism-driven top-down systems biology and modeling of complex system failure, personalized health care through metabolic phenotyping, surgical metabonomics, real-time diagnostics, and integrative patient modeling. He is the consulting editor for the Journal of Proteome Research (ACS) and serves on the editorial board of Molecular Systems Biology.

Alan Dove is a science writer and reporter for Nature Medicine, Nature Biotechnology, and Bioscience Technology. He also teaches at the NYU School of Journalism and blogs at http://dovdox.com.

Endorsed by the American Gastroenterological Association