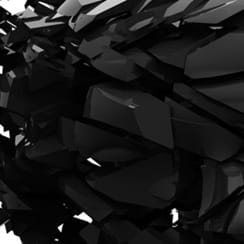 The Next Frontier: Phosphorylation Targets in Neurodegenerative Disease

The reversible phosphorylation of proteins, an essential mechanism of cell signaling, is a new horizon for drug discovery for neurological disorders. Many diseases are thought to involve pathological phosphorylation, and the human body does not lack for phosphorylation targets. Indeed, targeting phosphorylation has already proven successful in cancer drug development. But no neurological drugs that target this process are on the market.

At a December 9, 2008, meeting at the Academy, researchers discussed targeting of phosphorylation as a new frontier in drug discovery for neurodegenerative conditions. The obvious target is tau, the protein that undergoes hyperphosphorylation and forms dense insoluble tangles in the brains of people with Alzheimer’s disease (AD), and is probably the best-known and most-studied phosphoprotein. Other phosphoproteins that are implicated in neurodegenerative disorders are α-synuclein, which forms aggregates in Parkinson's disease and Lewy body dementia; amyloid precursor protein (APP), which may be dysregulated in AD; and the Huntington's disease protein huntingtin.

Steven Braithwaite is a principal research scientist at Wyeth Research in Princeton, NJ. Braithwaite received his PhD in 2000 from the MRC Centre for Synaptic Plasticity at the University of Bristol, UK, studying the function and regulation of kainate-type glutamate receptors. His postdoctoral work at Stanford University, in the lab of Rob Malenka, continued his interest in basic mechanisms of synaptic regulation by investigating the role of AMPA receptor interacting proteins. He joined AGY Therapeutics in San Francisco in 2001, leading efforts to identify novel targets for schizophrenia and cognitive enhancement. His research included work on the tyrosine phosphatase STEP, which regulates NMDA receptor trafficking to synapses, consequently controlling basic synaptic function, as well as being altered in stroke and Alzheimer's disease. At Wyeth, which he joined in 2006, he leads a number of efforts in the area of neurodegenerative disorders with a particular interest in the role of phosphorylation and its modulation for therapeutic benefit.

William Dauer is an assistant professor of neurology and pharmacology at Columbia University. He researches inherited motor system diseases, both neurodegenerative conditions such as Parkinson's as well as functional motor disorders such as primary dystonia.

Dauer received his MD from Washington University. He then completed an internship at Beth Israel Hospital in Boston, followed by a neurology residency and fellowship training in movement disorders at Columbia Presbyterian Medical Center in New York City beginning in 1993. His postdoctoral work was in René Hen's lab, where he worked with mouse models of human disease, including α-synuclein knockout mice in the study of Parkinson's. He started his own lab at Columbia in 2001. Dauer has been recognized with the Fahn award for excellence in dystonia research and the Harold and Golden Lamport award for excellence in clinical science research.

Peter Davies is a professor in the departments of pathology and neuroscience at the Albert Einstein College of Medicine in the Bronx. He is also Judith and Burton P. Resnick Professor of Alzheimer's Disease Research and scientific director of the Litwin–Zucker Center for the Study of Alzheimer's Disease and Memory Disorders, Feinstein Institute for Medical Research. Davies' lab focuses on defining the early biochemical events in the disease cascade from autopsy-derived human brain tissues and from the brains of transgenic mice.

Davies received his PhD in biochemistry from the University of Leeds in the UK in 1974. He completed a postdoc in the Department of Pharmacology at the University of Edinburgh in Scotland and began studying Alzheimer's disease at the Medical Research Council Brain Metabolism Unit, also in Edinburgh. He joined Albert Einstein College of Medicine in 1977. He has received two MERIT awards, one from 1989 to 1999 from NIMH, and another that began in 2003 from NIA.

Hilal Lashuel is an assistant professor in neurosciences at the Brain Mind Institute at the Swiss Federal Institute of Technology, Lausanne. He is also director of the Laboratory of Molecular Neurobiology and Neuroproteomics. His research interests include the structural basis of amyloid-associated toxicity in neurodegenerative disease, developing tools to monitor and control protein misfolding and aggregation in vivo, developing cellular models of neurodegeneration, and treating disease by modifying protein aggregation and clearance.

Lashuel completed his doctoral studies at Texas A&M University and the Scripps Research Institute in 1999. He subsequently joined the Picower Institute for Medical Research in Long Island as research fellow, moving to Harvard Medical School and the Brigham and Women's Hospital in 2001, where he was promoted to an instructor in neurology at Harvard Medical School. In 2005 Lashuel moved to Switzerland to join the Swiss Federal Institute of Technology Lausanne.

Paul Lombroso is the Elizabeth Mear and House Jameson Professor of Child Psychiatry at the Child Study Center and the Laboratory of Developmental Neurobiology at Yale University. His research focuses on the molecular basis of disorders such as Tourette syndrome, obsessive-compulsive disorder, and autism. Lombroso identified the striatal-enriched tyrosine phosphatase (STEP) family of signaling proteins and created a STEP knockout mouse. In 2006 he received a NARSAD Distinguished Investigator award.

Lombroso received his MD from the Albert Einstein College of Medicine in 1975, and completed postdoctoral fellowships in molecular biology at Rockefeller University and Yale University. After serving as chief resident in child psychiatry at Beth Israel Hospital and as an instructor at Harvard Medical School, he was clinical assistant professor of psychiatry at New York Medical College and research assistant professor in psychiatry at New York University Medical School. He joined the Yale Child Study Center in 1988 and was appointed full professor in 2003.