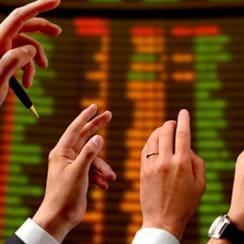 The Psychology of Finance: Efficient Markets Versus Inefficient Humans

Ever since Sir Isaac Newton showed a superstitious world that the mysteries of physics could be made comprehensible, scientists and thinkers of all stripes have been trying to explain the universe in some kind of mechanical way. In economics and in finance, however, the agents of action are not Newton's apples or planets, but rather human beings, many of whom seem to think they have minds of their own and, sometimes, that they are not subject to the laws of physics.

A battle has arisen between the neoclassical scientific approach to finance, which discounts the impact of human behavior on the markets, and the behavioral psychological approach, which takes the opposite stance. Speakers at a May 17, 2007, symposium organized by the Academy's Quantitative Finance Discussion Group debated whether financial markets are truly rational, or whether economists need to be more sensitive to how emotional and even irrational behavior can affect market activity.

Economist.com
This online version of the magazine provides a useful dictionary, Economics A–Z.

Freakonomics
Blog, articles and information by the authors of the somewhat controversial book by the same name.

The Institute of Behavioral Finance
This institute and its journal were created to study the impact of psychology on investor decision-making.

Investor Home
Among this site's offerings is a list of stock market anomalies.

The Library of Economics and Liberty
Sponsored by the private Liberty Fund, this site provides essays on economic topics, including this encyclopedia entry explaining efficient markets.

RiskGlossary.com
An encyclopedia and glossary of financial risk terms.

U.S. Securities and Exchange Commission
Official information, including a glossary of terms, about investing in the United States.

Bookstaber R. 2007. A Demon of Our Own Design: Markets, Hedge Funds, and the Perils of Financial Innovation. Wiley, New York.

Derman E. 2004. My Life as a Quant: Reflections on Physics and Finance. Wiley, New York.

Barber B, Odean T, 2006. All that glitters: the effect of attention and news on the buying behavior of individual and institutional investors. The Rev. Financial Studies. (PDF, 256 KB) Full Text

Emanuel Derman joined Columbia University's Industrial Engineering and Operations Research Department in 2003. He also serves as head of risk management at Prisma Capital Partners, which manages portfolios of hedge funds for institutional clients. Previously he was a managing director at Goldman Sachs, where he was head of the quantitative strategies group in the equities division, and later head of quantitative risk strategies in firm-wide risk. He is probably best known for his work on the Black-Derman-Toy interest-rate model, and for developing local volatility models of the implied volatility smile. He was the IAFE/Sungard Financial Engineer of the Year in 2000, and added to the Risk Magazine Hall of Fame 2002. Derman's research interests include quantitative finance, financial engineering, derivatives valuation, volatility models, and risk management. He has published in numerous journals including the Financial Analysts Journal, RISK, The Journal of Portfolio Management, and the Journal of Derivatives. His recent memoir, My Life as a Quant: Reflections on Physics and Finance, was published in 2004 and was selected as one of Business Week's top ten books of the year. His earned his BSc at the University of Cape Town and his PhD in particle physics at Columbia University.

Currently the Willis H. Booth Professor of Banking and Finance at the Haas School of Business at the University of California, Berkeley, Terrance Odean earned a BA in statistics and a PhD in finance from the University of California, Berkeley. He is an associate editor at The Journal of Finance and The Journal of Behavioral Finance, a member of The Journal of Investment Consulting editorial advisory board and the Russell Sage Behavioral Economics Roundtable, a former director of UC Berkeley's Experimental Social Science Laboratory, and a former editor of The Review of Financial Studies. As an undergraduate at Berkeley, Odean studied judgment and decision making with 2002 Nobel laureate in economics, Daniel Kahneman. This led to his current research focus on how decision making biases affect investor welfare and securities prices. His research has been cited in The Wall Street Journal, The New York Times, Time, Newsweek, Business Week, and many other publications. While studying for his doctorate, Odean worked at Wells Fargo Nikko Investment Advisors and IRIS Financial Engineering, and co-owned a seat on the Pacific Stock Exchange.

A widely published author in finance and economics, Steve Ross is the Franco Modigliani Professor of Finance and Economics at the MIT Sloan School of Management. He received his doctorate of economics from Harvard University, and has taught at the University of Pennsylvania, Yale School of Management, and the Massachusetts Institute of Technology. Ross is best known as the inventor of the arbitrage pricing theory of agency, as well as the codiscoverer of risk-neutral pricing and the binomial model for pricing derivatives. He is a cofounder of Roll & Ross Asset Management Corporation, fellow of the American Academy of Arts and Sciences, a director of Freddie Mac, and a former director of Algorithmics, Inc., General Re Corp, and the College Retirement Equities Fund. His book, Corporate Finance, is in its eighth edition.

Richard Bookstaber is the portfolio manager for a quantitative equity hedge fund at FrontPoint Partners in Greenwich, Connecticut. He came to FrontPoint from Ziff Brothers Investments, where he was the managing director responsible for risk management and where he developed and managed the firm's quantitative long/short equity portfolio. Before joining Ziff in 2002, he was responsible for risk management at Moore Capital Management. Starting in 1994, Bookstaber was the managing director in charge of firm-wide risk management at Salomon Brothers. Before joining Salomon, Bookstaber spent ten years at Morgan Stanley in quantitative research and as a proprietary trader. He received his PhD in economics from the Massachusetts Institute of Technology. Among his publications is the recent book, A Demon of Our Own Design: Markets, Hedge Funds and the Perils of Financial Innovation.

As a journalist living near New York City, Karla Harby has written for Scientific American, Discover and the Reuters news agency. In her other career, she is a professional flutist.