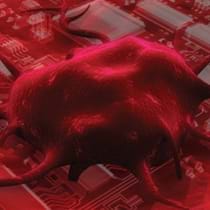 A Systems Approach to Studying Cancer

The progression of a cell from normal to malignant is a multi-step process involving a series of events within the cellular and tissue microenvironment. These ultimately result in dysregulation of key processes, such as proliferation and apoptosis, leading to tumorigenesis. With the availability
of massive, genome-wide data and computational tools with which to analyze that data, we can begin to examine genes not only one by one, but as coherent programs controlled by global regulatory networks within the transformed cell. Accordingly, by using a combination of modeling and experimentation, Systems Biology is beginning to unravel the complex circuitry and networks within normal cells and their dysregulation in oncogenesis.

This symposium will bring together researchers who are using the tools of Systems Biology to look at regulatory pathways involved in the oncogenic process, combinatorial patterns of mutations in cancers, and the dynamic behavior of proteins involved in the development of, or protection against cancer.

Scientific Interests: Dr. Califano's interests are broadly defined within the field of Systems Biology, with specific application to human malignancies. In particular his lab has spearheaded early efforts to assemble genome-wide, context-specific maps of molecular interactions in human cells, by integrating several reverse engineering approaches. These maps have shown significant promise in the rational elucidation of both physiological and pathological phenotypes. Over the last few years, his lab has assembled biochemically validated, genome-wide map of transcriptional and post-transcriptional interaction in several human cell contexts, including B cell, Breast Carcinoma, Glioma, and normal and tumor-related Stem Cells. These maps are being extensively used for the unbiased dissection of dysregulated pathways in related human malignancies. The Califano lab integrates the development of analytical methodologies with high-throughput experimental assays necessary for data generation and biochemical/biological validation. Background. Dr. Califano's doctoral thesis in physics, at the University of Florence, was on the behavior of high-dimensional dynamical systems . From 1986 to 1990, as a Research Staff Member in the Exploratory Computer Vision Group at the IBM TJ Watson Research Center he worked on several algorithms for machine learning, more specifically for the interpretation of 2D and 3D visual scenes. In 1990 Dr. Califano started his activities in Computational Biology and, in 1997, became the program director of the IBM Computational Biology Center, a worldwide organization active in several research areas related to bioinformatics, chemoinformatics, complex biological system modeling/simulation, microarray analysis, protein structure prediction, and molecular-dynamics. In 2000 he co-founded First Genetic Trust, Inc. to actively pursue translational genomics research and infrastructure related activities in the context of large-scale patient studies with a genetic components. Finally, in 2003, he joined Columbia University as Professor of Biomedical Informatics, with appointments in the Department of Biomedical Informatics and in the Institute for Cancer Genetics

Arnold J. Levine, Professor in The Simons Center for Systems Biology, School of Natural Sciences, Institute for Advanced Study, is a leading authority on the molecular basis of cancer and co-discover of the p53 tumor suppressor protein, one of the body's most important defenses against many forms of cancer. Levine first isolated the p53 protein in 1979. P53 was originally thought to be an oncogene, or tumor accelerator, but Levine and his colleagues later showed that it is, in fact, a tumor suppressor--it prevents cancer. Other scientists went on to show that a mutation in p53 is the single most common genetic change in human cancers, including those of the breast, lung, colon, prostate, bladder and cervix. Levine and colleagues characterized and identified a version of p53 in the fruit fly, an important model organism for the study of a host of human diseases, including cancer. And Levine is a pioneer in the use of DNA microchip arrays, which can analyze the interactions of thousands of genes at one time, to study cancer. Born in Brooklyn, N.Y., Levine received a B.A. from Harpur College, SUNY, in 1961 and a Ph.D. from the University of Pennsylvania in 1966. After postdoctoral work at the California Institute of Technology, he joined Princeton in 1968 as an assistant professor, becoming a professor of biochemistry in 1976. In 1979, Levine moved to the SUNY Stony Brook School of Medicine to chair the Department of Microbiology. He returned to Princeton in 1984. Between 1984 and 1996, he presided over a major expansion of Princeton’s life sciences programs as chairman of the Department of Molecular Biology. Levine was President of The Rockefeller University, from 1998 to 2002. Levine helped shape U.S. science priorities as chairman of an influential 1996 review panel on federal AIDS research funding. He also chaired the National Cancer Advisory Board, which advises the National Academy of Sciences and its Institute of Medicine on cancer policy. Levine was elected to the National Academy of Sciences in 1991 and to its Institute of Medicine in 1995. In April 2001, Levine received the first Albany Medical Center Prize in Medicine and Biomedical Research, the largest annual prize in science or medicine offered in the United States. The prize honors a physician or scientist whose work has led to significant advances in health care and scientific research. He has received numerous other awards, most recently including the 2009 American Cancer Society Medal of Honor, the 2008 Kirk A. Landon-AACR Prize for Basic Cancer Research, the 2005 Bristol-Myers Squibb Freedom to Discover Award and the 2001 Alfred Knudson Award in Cancer Genetics from the National Cancer Institute

Galit Lahav received her PhD in 2001 from the Department of Biology in the Technion, Israel Institute of Technology. Between the years 2001-2003, she completed her postdoctoral fellowship at the Weizmann Institute of Science in Israel. She carried out single-cell studies on the dynamics of proteins in living human cells, and used quantitative and computational techniques to model cellular responses. She then spent a year at Harvard’s Bauer Center for Genomics Research, and in the fall of 2004, was appointed as an Assistant Professor in the Department of Systems Biology at Harvard Medical School. Lahav discoveries emphasize the importance of developing new technologies to allow quantitative single-cell studies of protein and network behavior. Her lab combines experimental and theoretical approaches to study the dynamics of signaling networks and cellular decision-making in individual human cells