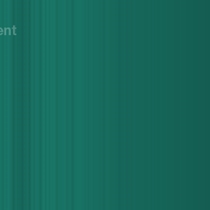 Presented by Johnson & Johnson and The New York Academy of Sciences

The Academy is holding a public-facing meeting on partnerships between industry and higher education, with support from Johnson & Johnson. The meeting will include short presentations by leaders from industry, academia, and government, followed by a panel presentation and a question and answer session. One of the goals of the meeting is to provide information on the subject and open a dialogue with the press, as well as bring together the community of people who are devoted to analyzing this area.

René Bastón has extensive contacts and broad experience in both the academic and industry aspects of the life sciences and healthcare industries. As the Chief Business Officer at the New York Academy of Sciences, Mr. Bastón has created alliances in the U.S. and internationally with leading universities, governments, and multinational corporations in pharmaceuticals, biotech, real estate, venture capital, IT, electronics, consumer goods and other areas related to life sciences, physical sciences and engineering. During the four years of René's tenure, business development revenues have increased 250%. René also initiated and helps lead the Academy's annual Strategic Planning exercises and created and leads its Science & Technology Innovation and Economic Development advisory practice. Prior to joining the NYAS, René was an Associate Director at Columbia University's Science & Technology Ventures, where he was responsible for identifying promising emerging technologies, protecting the intellectual property, and negotiating licenses and research collaborations with established or startup companies in the areas of biotechnology, biomedical informatics, medical imaging, and nanobiotechnology. René was also the co-founder, Vice President of Business Development, and acting CTO of Medihub, a New York based provider of software and consulting services to the medical industry. René founded Medihub after spending several years in the technology enablement and business transformation divisions of Ernst & Young's Healthcare Consulting Group where he was one of the founding members of the E&Y e-Health Incubator Team. Before making the transition to industry, René received a graduate degree from the Medical Informatics Program at Columbia University, where he performed research on the application and development of controlled medical vocabularies. He also spent several years performing neurobiology research in the laboratory of Nobel Laureate Eric Kandel at the Columbia University Center for Neurobiology and Behavior. René is a member of the Board of Advisors for the Columbia University Center for Advanced Technology and holds a black belt in Tae Kwon Do.

Stef Heylen, MD, is currently Head of Research and Development and Chief Medical Officer for JANSSEN Alzheimer Immunotherapy R&D, LLC, based in South San Francisco. JANSSEN Alzheimer Immunotherapy (JANSSEN AI) is dedicated to developing novel, immunotherapy based treatments for Alzheimer’s disease. JANSSEN Alzheimer Immunotherapy is a Johnson & Johnson affiliate. The compounds in the Alzheimer’s Immunotherapy Program (AIP) were acquired from Elan Pharmaceuticals and are being developed in collaboration with Pfizer. The company has approximately 150 employees located primarily in South San Francisco, California, and Dublin, Ireland where the company is headquartered. JANSSEN Alzheimer Immunotherapy is named in honor of Dr. Paul Janssen, the Belgian scientist whose vision and intellect was the cornerstone of Johnson & Johnson’s ability to become a global leader in neuroscience. Stef comes from J&J PRD Research and Early Development Europe, Beerse, Belgium where he was Chief Medical Officer, and member of the Management Board of Janssen Pharmaceutica NV. In this role he developed and implemented an integrated Research and Early Development Neuroscience strategy for the site, in line with the overall Therapeutic Area Strategy. An important component of this strategy was the focus on open innovation, which resulted in innovative collaboration agreements with the Vanderbilt University on new targets for schizophrenia, the non-clinical neuroscience imaging collaboration with the University of Antwerp, Belgium, and a strategic discovery and development collaboration with NeuroSearch (Denmark). He also championed the pre-competitive collaborations of J&J within the European Innovative Medicines Initiative. Before joining RED EU in August 2007, Stef was at Tibotec, Mechelen, Belgium, where he was Site Head, Chairman of the Development Management Committee, member of the Tibotec Management Board and the Operational Management Committee. As Vice President, Development Operations and Drug Safety, he had functional responsibility for Chemical/Pharmaceutical Development, Preclinical Development, Drug Safety, Project & Portfolio Management and Process Excellence; he was also line manager for all Full Development Compound Development Team Leaders. During his tenure as Site Head both PREZISTA and INTELENCE were brought to accelerated regulatory approval for the treatment of multidrug resistant HIV/AIDS. Before joining Tibotec in 2003 Stef was Vice President, Development & Regulatory Affairs at Crucell in Leiden, The Netherlands, a biotech company focused on the development of monoclonal antibodies and adenoviral vector-based vaccines. Prior to Crucell, Stef held several increasingly senior positions within the Janssen Research Foundation and within Janssen-Cilag EMEA. He joined the Janssen Research Foundation in 1987 and was initially responsible for the successful global clinical development and approval of RISPERDAL, currently the most widely prescribed atypical antipsychotic. During those 15 years with the company, he gained broad experience in clinical drug development, regulatory affairs, pharmacovigilance, medical affairs and general management. He held the positions of Vice President, Global Regulatory Affairs and Pharmacovigilance for Janssen Research Worldwide and VP Medical Affairs for Janssen-Cilag EMEA. He received the Dr. Paul Janssen Award for R&D in 1993, and the Johnson Medal for R&D in 1998. Stef obtained his MD at the University of Leuven, Belgium, and the Prince Leopold Institute for Tropical Medicine in Antwerp, Belgium.

Stephen P. LaFleche, Managing Director, New York State, Sales and Distribution Group, is responsible for sales and delivery of IBM solutions and technology for Government, Education and Public Health industries in New York State representing over $400 million in annual business. Mr. LaFleche joined IBM in 1987. He has held numerous sales, sales management, and executive positions in several IBM divisions. He was named Business Unit Executive, Storage Systems Group in January 2000 with responsibility for sales of IBM’s storage products through IBM’s industry sector sales organization. In January 2003, he was named Industry Leader, Government Marketing, Systems and Technology Group, with worldwide responsibility for the creation, management, and execution of IBM’s global strategy for selling to governments. In January 2005, he was named Client Director, New York and New England Government. In this role, he led IBM’s government sales teams for New York, Massachusetts, Rhode Island, Maine and New Hampshire. Steve is a graduate of LeMoyne College in Syracuse, NY.

David J. Skorton, MD, became Cornell University’s 12th president on July 1, 2006. A seasoned administrator, board-certified cardiologist, biomedical researcher, musician, and advocate for the arts and humanities, Dr. Skorton holds faculty appointments as professor in Biomedical Engineering at the College of Engineering on Cornell’s Ithaca campus and in the Departments of Medicine and Pediatrics at Weill Cornell Medical College in New York City. A governor of the New York Academy of Sciences since 2008, he is also chair of the Business-Higher Education Forum, an independent, non-profit organization of Fortune 500 CEOs, leaders of colleges and universities, and foundation executives; chair of Governor Paterson’s Task Force on Diversifying the New York State Economy through Industry-Higher Education Partnerships, and a member of the advisory council for 10,000 Small Businesses, an initiative created by Goldman Sachs to unlock the growth and job-creation potential of 10,000 small businesses across the United States through greater access to business education, mentors and networks, and financial capital. Dr. Skorton also engages in service to the community, and particularly in regional and state economic development, as a member of the board of directors of the Metropolitan Development Association of Syracuse and Central New York, Inc. He is a life member of the Council on Foreign Relations; co-chair of the advisory board for the Africa-U.S. Higher Education Initiative of the Association of Public and Land-grant Universities; a member of the National Advisory Council for the National Institute of Biomedical Imaging and Bioengineering of the National Institutes of Health, and Master of the American College of Cardiology. Before coming to Cornell, Dr. Skorton was president of the University of Iowa (UI) for three years, beginning in March 2003, and a faculty member at UI for 26 years. Co-founder and co-director of the UI Adolescent and Adult Congenital Heart Disease Clinic at the University of Iowa Hospitals and Clinics, he has focused his research on congenital heart disease in adolescents and adults, cardiac imaging, and computer image processing. He has published numerous articles, reviews, book chapters, and two major texts in the areas of cardiac imaging and image processing. Dr. Skorton earned his bachelor’s degree in psychology in 1970 and an M.D. in 1974, both from Northwestern University. He completed his medical residency and held a fellowship in cardiology at the University of California, Los Angeles.

Karin Ezbiansky Pavese joined the New York Academy of Sciences in January 2006 as Director of the Physical Sciences & Engineering Program. In this role, she was responsible for spearheading the development of a new initiatives in these scientific fields. In 2008 she was promoted to Vice President of Innovation and Sustainability. In her current position she manages the Academy's efforts to promote innovation and economic development, and has played a key role in collaborations with Mexico City, the New York State Foundation for Science, Technology and Innovation (NYSTAR), and the Levin Institute of the State University of New York. Pavese received her PhD in inorganic chemistry from the University of Pennsylvania in 2000. As a graduate student, she investigated a new route to spin-on-dielectric films for potential use in the microelectronics industry and also studied the synthesis and mechanism of functionalized arylsilanes via catalytic coupling. Subsequently, she joined the General Electric Company as part of a two-year Technical Leadership Program. There, she led product and process development while completing management training. Upon graduation from General Electric's management program Pavese assumed a leadership role as a Six Sigma Black Belt directing research projects in the area of nanoparticle-filled coatings, most recently in the context of optical media. She played a major technical role in the launch of a limited play DVD product named ez-D (FlexPlay Technologies). Pavese left General Electric in 2004 to become a Congressional Fellow with the American Association for the Advancement of Science (AAAS), sponsored by the Optical Society of America (OSA) and the Materials Research Society (MRS). Selected by U.S. Senator Joseph I. Lieberman (CT), she played a key role in developing a landmark piece of legislation addressing American competitiveness and innovation in science and technology. Pavese is the author of 7 peer-reviewed publications, 5 patents, 4 General Electric proprietary technical reports, 2 opinion editorials, and 10 conference presentations.