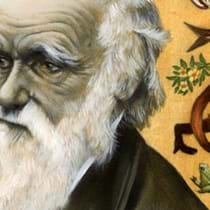 Celebrating 150 Years of "Origin of Species"

Presented by Science & the City, The Darwin150 Project, The Center for Inquiry, and the History & Philosophy of Science Section

Join Science & the City for a very special evening as we celebrate the 150th anniversary of the publication of the landmark book, The Origin of Species, by the most legendary member of the New York Academy of Sciences, Charles Darwin. Three leading scientists will discuss the importance of Darwin’s theory of evolution and how his observations informed their three very diverse fields of work – psychology, neurobiology, and linguistics.

* Nobel Laureate and neurobiologist Gerald Edelman will share brand new observations about the evolution of the human brain and the emergence of consciousness.

* Renowned psychologist Paul Ekman (whose work is portrayed in the FOX TV show “Lie to Me”) will explain Darwin's insights into the origin and nature of compassion.

* And UC Berkeley neuroscience and biological anthropology professor Terrence Deacon will talk about the evolution of human language.

The three speakers’ presentations will be followed by a roundtable discussion and an audience Q&A.

A champagne and cake reception and book signing will follow the three-hour event.

Terrence Deacon is a Professor of Biological Anthropology and Neuroscience at the University of California, Berkeley. His research combines human evolutionary biology and neuroscience, with the aim of investigating the evolution of human cognition. His work extends from laboratory-based cellular-molecular neurobiology to the study of semiotic processes underlying animal and human communication, especially language. Deacon explored many of his interests in the 1997 book, The Symbolic Species: The Coevolution of Language and the Brain and he is at work on a new book, Homunculus, which explores the relationship between evolutionary and semiotic processes.

The Neurosciences Institute and The Scripps Research Institute

Gerald Edelman is Chairman of the Department of Neurobiology at the Scripps Research Institute. He was awarded the Nobel Prize for Medicine or Physiology in 1972 for his work on the structure and function of antibodies. His research focuses on studies of cell-cell interactions during embryonic development and of cell adhesion molecules and their role in neural development and plasticity. His lab also conducts studies of the molecular genetics of connectional defects in the nervous system, and studies of transcriptional regulation and translational control in eukaryotic cells. His theoretical work looks at the organization of higher brain functions and the construction of non-von Neumann machines and brain-based devices.

Paul Ekman is Professor Emeritus at the University of California, San Franscisco, and Manager of the Paul Ekman Group LLC. He is a distinguished psychologist known for developing the Facial Action Coding System for understanding human expression across cultures. In 2001 the American Psychological Association named him as one of the most influential psychologists of the 20th century based on publications, citations, and awards, and in 2009 he was named by TIME Magazine as one of the top 100 most influential people of the year. He has written or edited 15 books. His two most recent books are Emotions Revealed, 2008, and Emotional Awareness, which he coauthored with the Dalai Lama in 2008.