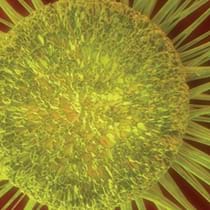 Presented by the Cancer and Signaling Discussion Group

Cancer is the consequence of a deregulation in cell proliferation, morphogenesis, and cell migrations, resulting in tumor growth and cellular invasion into surrounding tissues and the formation of metastases. This symposium will examine how perturbations in cell polarity signaling pathways lead to the loss of cell-cell adhesion, disruption of apical-basal cell polarity, morphogenesis, and an increased motility in cancerous cells.

John Condeelis is The Judith and Burton P. Resnick Chair in Translational Research, Professor and Co-Chairman of the Department of Anatomy and Structural Biology at the Albert Einstein College of Medicine (AECOM). He is the director of the Cancer Center program “Tumor microenvironment and Metastasis” and co-Director, with Robert Singer, of the Gruss Lipper Biophotonics Center of AECOM, a center dedicated to the development and application of optical imaging technologies. His training is in nuclear physics, optical physics and cell biology. He worked for the US Navy on particle accelerators and wave guides, and was a PhD student of Robert Allen, the developer of video microscope imaging, with whom he learned live cell microscopy and polarized optics. His current research interest is in tumor cell motility, chemotaxis and invasion during metastasis. He has pioneered the use of combined multiphoton imaging with expression analysis to derive gene expression signatures that define the pathways used by tumor cells in mammary tumors to move and invade blood vessels. He discovered the Invasion Signature of breast tumors. He has devised optical microscopes for uncaging, biosensor detection and multiphoton imaging for these studies and has used novel caged-enzymes and biosensors to test, in vivo, the predictions of the invasion signature regarding the mechanisms of tumor cell chemotaxis to EGF. He has authored more than 200 scientific papers on various aspects of cell and cancer biology, and optical imaging. He has held elected office in national societies including President of the New York Society of Experimental Microscopists, 2006-2009 Council of the American Society of Cell Biology, and 2006-2007 Centennial Program Committee of the American Association of Cancer Research. He has served on numerous study sections at NIH and the ACS and as Chairman of the Physiology and Cell Biology Study Section, Chairman of the Gordon Conference on Motile Systems, and the Board of Scientific Councilors of the Heart, Lung and Blood Institute at NIH. He has served on editorial boards of prominent journals including Journal of Cell Biology and founding Board Member of Cell Motility and the Cytoskeleton. His honors include the Allen Foundation Scholar Award, the Hirschl Career Scientist Award, and election as a fellow of the American Association for the Advancement of Science. He has served as a consultant to the NCI for planning 3 programs: 1.Tumor Microenvironment, 2.Tumor cell dormancy and 3.Tumor Metastasis.

University of Virginia School of Medicine

Dr. Muthuswamy received his Ph.D. in Biology from McMaster University, Hamilton, Canada and did his postdoctoral fellowship with Joan Brugge at Harvard Medical School. He is currently an associate professor at Cold Spring Harbor Laboratory, NY and a Professor and Margaret Lau chair in breast cancer research at Ontario Cancer Institute and University of Toronto, Canada. He has received several research awards the V Foundation Scholar award, the Rita Allen Scholar award and the Department of Defense Era of Hope Scholar Award. Dr. Muthuswamy’s research goal is to understand the how cell polarity pathways regulate epithelial cell morphogenesis, differentiation and tumorigenesis. Research from his laboratory has demonstrated that alterations in cell polarity pathways cooperate with oncogenes or during initiation and progression of promote tumorigenesis. Since pathologists define cancer on the basis of loss of cell polarity and tissue structure, in addition to increases proliferation rates, understanding how cell polarity regulates initiation and progression of cancer will not only identify biomarkers for precancerous lesions but also identify novel drug targets to prevent progression of precancer to cancer.

Enrique Rodriguez-Boulan received his MD with honors from the University of Buenos Aires (1970) and trained as NIH Fogarty International Fellow at New York University (1973-1976). Since 1984 he is at Weill Cornell Medical College, New York, where he is currently the Charles and Margaret Dyson Professor of Cell Biology in Ophthalmology and the Director of the Tri-Institutional Training Program in Vision Research. He received several awards including the Irma T. Hirschl award, the RR Bensley “Outstanding Young Cell Biologist” Award, the Established Investigator Award of the American Heart Association and the Jules and Doris Stein Professorship of Cell Biology in Ophthalmology (1996-2003). His research, published in over 180 articles, deals with the fundamental mechanisms that regulate polarity in epithelial cells.

Disrupted tissue structure and increased proliferation rates are two key criteria used by pathologists diagnose cancer. Although there are many physiological stimuli that drive high rates or cell proliferation, normal tissue structure is maintained under these conditions suggesting aberrant proliferation while necessary, may not be sufficient to drive the cancer process. Although significant in-roads have been made towards understanding how cancer-causing genes increase cell proliferation, we do not understand how they disrupt epithelial organization/architecture. We have recently shown that oncogenes such as ErbB2/HER2, and Myc interacts with cell polarity proteins and that this interaction is required for transformation of mammary epithelial cells in 3D culture and in vivo. Thus, further analysis into how cell polarity pathways are altered in cancer and how the alterations regulate various aspect of cancer cell biology is a fertile area for future studies.

Epithelial cells conform the main barriers between the organism and its environment and are present in over 100 different varieties in man. They are endowed with an asymmetric, highly polarized, shape that reflects their ability to perform vectorial fuctions, essential for survival of the organism. Because they are exposed to environmental germs and toxins, they originate over 85% of human cancers. Epithelial cancers, or carcinomas, show alterations in epithelial polarity that correlate in extent with their ability to invade and metastasize other tissues and organs. Advances in epithelial cell biology are shedding light on the relationship between epithelial polarity and cancer.

Mammalian polarity proteins have been studied predominantly in cell culture systems, and little is known about their functions in vivo. To address this issue we have utilized a shRNA-lentiviral system to manipulate gene expression in mouse mammary stem/progenitor cells. Transplantation of Par3-depleted stem/progenitor cells into the mammary fat pad severely disrupted mammary development and glands were characterized by ductal hyperplasia, luminal filling and highly disorganized end bud structures that were unable to remodel into normal ductal structures. Unexpectedly, Par3-depleted mammary glands also had an expanded progenitor population. We identified a novel function for the aPKC-binding domain of Par3 in restricting Par3 and aPKC to the apical region in mammary epithelia in vivo, and found that mammary morphogenesis is dependant on the ability of Par3 to directly bind aPKC. These results reveal a new function for Par3 in the regulation of progenitor differentiation and epithelial morphogenesis in vivo and demonstrate for the first time an essential requirement for the Par3-aPKC interaction.

The recent convergence of technologies for expression profiling and multi-photon based intravital imaging has revealed the behavior of individual tumor cells in mammary tumors in vivo, and the identities of the genes involved in the survival, adjuvant-resistance and chemotaxis of invasive cancer cells in vivo. These genes fall into well defined pathways and are coordinately regulated in invasive tumor cells. This pattern is called the Invasion Signature. The Invasion Signature indicates that invasive cancer cells are a population that is neither proliferating nor apoptotic but highly chemotactic to macrophage-secreted EGF. Of particular relevance to the migratory behavior of invasive cancer cells is the finding that the genes coding for pathways leading to chemotaxis and invadopod formation and cell polarity are up-regulated. Several pathways of the Invasion Signature are particularly relevant to the contribution of the tumor microenvironment to metastasis because 1) they describe the molecular basis of chemotaxis to blood vessels as it is involved in the escape of cancer cells from primary mammary tumors, and 2) these pathways contain makers that can be used to define the microenvironment of metastasis including the stromal cells that support tumor cell invasion and intravasation. Key genes in the Invasion Signature have been studied for their ability to alter metastatic outcome and these results confirm the importance of the Invasion Signature in predicting metastasis. The Invasion Signature predicts that invasive tumor cells, upon escaping the primary tumor, are non-dividing and resistant to chemotherapy, predictions that have been confirmed in animal models using high resolution optical intravital imaging. The Invasion Signature provides several new target opportunities both as biomarkers for predicting prognosis and as therapeutic targets.