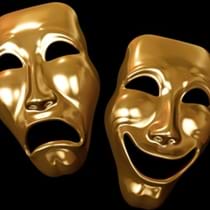 Bipolar disorder (BPD) is a complex psychiatric disease that affects up to 1% of the general population. While some pharmacotherapies can improve the prognosis of bipolar patients, the need for a disease-modifying treatment remains unmet. To move forward, it is critical that improved animal models of BPD are established. This symposium will highlight new developments in BPD models and biomarker identification, and will reveal how these new strategies can further our understanding of the disease and our ability to identify new therapies.

Fascinated by the molecular mechanisms of learning and memory, Michy Kelly began her scientific career in the laboratory of Sam Deadwyler at Wake Forest University, earning her Ph.D. in Neuroscience in 2002. From 2002-2006, Michy undertook a postdoctoral fellowship in the laboratory of Ted Abel at the University of Pennsylvania studying the role of altered intracellular signaling in phenotypes associated with psychiatric disease. Inspired by the potential applications of her research to therapeutic development, Michy joined Wyeth Research in 2006 to pursue her goal of identifying novel therapeutic targets for the treatment of psychiatric disorders. Now part of Pfizer, Michy continues to conduct rigorous basic research to identify novel therapeutic targets and improved disease-based preclinical models. The impact of Michy’s work to the field is evidence by a long list of peer-reviewed publications and external presentations, and an invitation to serve as an editorial board member of the journal Signal Transduction Insights.

Dr. Widzowski received his Ph.D. in toxicology at the University of Rochester studying the neurobehavioral effects of developmental lead exposure. Dan has worked as a scientist in CNS drug discovery in the pharmaceutical industry for over 15 years. He has focused on therapeutic areas related to Alzheimer’s disease, schizophrenia and, most recently, bipolar disorder. His research interests and activities are centered on models of cognitive, psychotic and mood disorders. Dr. Widzowski’s goals are to refine neuropharmacological and behavioral tools and to identify improved biomarkers for bipolar disorder.

Dr. Einat is an associate professor at the College of Pharmacy, University of Minnesota and at the Department of Psychology, Tel-Hai College, Israel. Dr. Einat holds graduate degrees in Zoology (Tel-Aviv-University, Israel), Neuroscience & Biobehavioral Sciences (McMaster University, Canada) and Psychopharmacology (Ben-Gurion University, Israel) and received further post-doctoral training at the NIMH. Dr. Einat’s work is centered on the development and utilization of animal models in the context of studying the underlying biology of affective disorders with emphasis on bipolar disorder. He is the author of over 65 scholarly publications, a current holder of a NARSAD independent investigator award and a previous recipient of a NARSAD young investigator award and a British Association of Pharmacology Preclinical Prize. Dr. Einat is on the editorial board of Behavioural Pharmacology, Research & Reviews in Biosciences, a review editor for Frontiers in Behavioral Neuroscience and an ad hoc reviewer for over 30 scientific journals.

University of Louisville School of Medicine

Dr. El-Mallakh received his MS in biology and his MD degrees from the University of Illinois. He completed a medical internship and one year of a neurology residency before completing an adult psychiatry residency at the University of Connecticut. He spent three years as a clinical research fellow with the late Dr. Richard Wyatt’s Neuropsychiatry Branch at the NIMH where he became acquainted with modern research techniques. He joined the faculty of the Department of Psychiatry at the University of Louisville in 1992. He developed his clinical psychopharmacology skills under Dr. Barbara Kennedy. For the last 20 years he has focused his research on the pathophysiology of bipolar illness and has performed basic work regarding ion dysregulation and development of an animal model in this disorder. His clinical research has focused on lithium, bipolar depression, and the development of new therapeutic agents in the management of bipolar illness. He has published nearly 200 pear reviewed papers, has been funded by NARSAD, NIMH, and the pharmaceutical industry, has served as reviewer for both NIMH and the Canadian Research Council as well as reviewer for several psychiatric publications and smaller granting agencies. He has received over 24 awards, including the Gerald L. Klerman Young Investigator from the National Depressive and Manic Depressive Association and multiple Golden Apple teaching awards from the residents he enjoys working with.

University of Maryland School of Medicine

Dr. Todd D. Gould, MD (University of Virginia) is an Assistant Professor of Psychiatry, within the University of Maryland School of Medicine Mood and Anxiety Disorders Program. He completed fellowship training at the National Institute of Mental Health (NIMH) Laboratory of Molecular Pathophysiology and Experimental Therapeutics where he held positions as the NIMH Seymour S. Kety Memorial Research Fellow and Lilly/NIMH Neuroscience Research Fellow. His research uses behavioral and molecular approaches to study the pharmacology of psychotropic medications in rodents with a particular focus on the development of improved animal models in psychiatry, the functional consequences of mood disorder susceptibility genes, and collaborative translational studies with clinically focused research groups. He is editor of the recently released book, Mood and Anxiety Related Phenotypes in Mice: characterization using behavioral tests.

Dr. Niculescu is a practicing psychiatrist and molecular geneticist at Indiana University School of Medicine and Indianapolis VA Medical Center. He was educated and trained at the University of Bucharest, University of Geneva, Scripps and UC San Diego. Dr. Niculescu and collaborators have developed novel methodological and conceptual approaches, as well as carried out groundbreaking translational work on genomics, biomarkers and phenomics of major psychiatric disorders. Dr. Niculescu is the recipient of several major awards and prizes, including APA/AstraZeneca Young Minds in Psychiatry International Award, NARSAD Young Investigator Award (twice), and the Theodore Reich Award from the International Society for Psychiatric Genetics.

The limited availability of appropriate animal models for bipolar disorder (BPD) is repeatedly mentioned as one critical factor hindering research of its underlying biology as well as the ability to develop new treatments. As part of the molecular revolution in psychiatry, there is a growing emphasis on development of animal models through targeted gene mutations. Indeed, mutation based models provide promise but have their own shortcomings and need to be combined with additional approaches. Some of these additional strategies include attempts to develop better tests to evaluate BPD-like behaviors in animals, identification of models for disease endophenotypes, and the utilization of comparative biology approaches to explore model animals based on strains comparison or nontraditional animal species with a biology that is more relevant to the disorder. Combining strategies and enhancing strong collaborations between clinicians, animal behavior scientists, animal physiologists and molecular scientists might be the best way to achieve predictive and etiologically valid models.

Bipolar disorder is a severe psychiatric illness that manifests as extremes in mood and energy. It is an illness with complex genetics whose expression appears to result from an interaction with environmental factors. The pathogenesis is unknown, but the pathophysiology involves elevated intracellular concentrations of sodium, hydrogen, and free calcium. Ionic dysregulation with abnormalities in regulation of the sodium pump, intracellular pH, and apoptotic pathways all play a role in the pathophysiology. Nearly ¾ of candidate genes identified in human genetic studies involve ion regulatory systems. Bipolar patients appear to be less capable to elaborating endogenous ouabain-like cardenolide compared to psychiatrically normal controls. White cells derived from bipolar subjects appear to be less capable of responding to a stress in which intracellular sodium is increased. This has been proposed to be useful as a blood test for bipolar I illness. Neuronal cells obtained from bipolar patients appear to be more sensitive to ionic stress-induced apoptosis than cells obtained from non-bipolar controls. Inhibition of brain sodium pump isoforms with intracerebroventricularly-administered ouabain models mania in rats. Knockout of the glial-specific alpha2 isoform of the sodium pump may model mania in mice.

Approaches to develop novel treatments for psychiatric disorders generally, and bipolar disorder specifically, will be discussed. Deliberate (i.e. not by serendipity) treatments may come from one of two general mechanisms: (1) Understanding the mechanism of action of current medications and thereafter designing novel drugs that mimics these mechanism(s); (2) Basing medication development upon the hypothetical or proven underlying pathophysiology of the disease. In regards to the first approach, studies related to the mechanisms of action of lithium may be particularly valuable given the drug’s relative specificity for the treatment of bipolar disorder. While the molecular mechanisms of lithium action that lead to its therapeutic effects are unclear, a number of behavioral effects of lithium in rodent models have been noted, the mechanisms underlying which may be related to the mechanisms underlying the drug’s mood stabilizing efficacy. In regards to the second approach, the high heritability of bipolar disorder, estimated to be about 70-90%, indicates that genetic variation in particular genes predisposes to the development of these disorders and that understanding the functional relevance of this variation will provide insight into pathophysiology. Recent genome-wide association studies have implicated polymorphisms in a small number of genes with a mood disorder diagnosis. One such gene is CACNA1C, which codes for the pore forming alpha-1C subunit of the CaV1.2 L-type voltage-gated calcium channel. Behavioral characterization of mice that harbor mutations in Cacna1c will be discussed and may reveal possible roles for CaV1.2 in mood disorder pathophysiology, potentially leading to therapeutics that target the underlying bipolar disorder pathophysiology, rather than bipolar disorder symptoms.

Genomic, Biomarker and Phenomic Studies of Bipolar and Related Disorders: Implications for Diagnostics and Drug Discovery

The broad and relatively imprecise nature of current psychiatric diagnostic categories is a rate-limiting step for accurate and reproducible genetic and imaging research, new drug development, and clinical practice. There is a need for more quantitative and empirical approaches in psychiatry. Additionally, the discovery of objective molecular biomarkers would improve research as well as clinical treatment of these devastating disorders.
Our genomic studies are based on the integration of human and animal model data, as a way of reducing the false-positives inherent in each approach and helping identify true biomarker molecules. We also use a profiling approach to study bipolar and other disorders phenotypes. Such discovery-based science is a necessary step in terms of helping us move beyond current diagnostic classifications, towards personalized medicine, similar to what is happening in other fields, such as oncology/cancer biology.