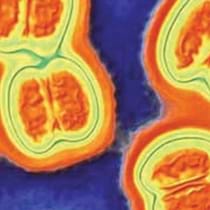 This symposium will focus on efforts to treat meningococcal and pneumococcal diseases, dengue, and dengue haemorrhagic fever. Leading scientists from academia, industry and the non-profit world will discuss the unique challenges of developing, evaluating, and delivering vaccines for these infectious diseases that pose a major public health problem world-wide.

Albert I. Ko, M.D. is an Associate Professor of Medicine at Weill Medical College of Cornell Medicine whose research focuses on neglected infectious diseases that have emerged in urban slum populations. He coordinates a research and training program at the Brazilian Ministry of Health, which has been conducting community-based cohort investigations on leptospirosis, meningitis and pneumonia among slum communities in the city of Salvador. On-going translational research focuses on the pathogenesis of leptospirosis and using virulence factros to develop improved diagnostics and vaccine candidates for the disease.

Dr. Gotschlich's primary interest is in a group of bacteria responsible for such diseases as meningitis, gonorrhea and streptococcal infection. Dr. Gotschlich collaborated in the development of meningitis vaccines that have been used successfully in major epidemic areas of the world. From 1966 to 1968, while serving as a captain in the Medical Corps at the Walter Reed Army Institute of Research, Dr. Gotschlich was part of a team that developed a purified polysaccharide (complex carbohydrate) vaccine against Group C meningitis, the strain that was a chronic problem at American military recruit camps. In 1970, the vaccine developed by Dr. Gotschlich and his colleagues was approved for use with all recruits and since then the disease has virtually disappeared from military bases. Dr. Gotschlich also helped develop a vaccine against Group A meningitis that proved more than 90 percent effective in controlled trials during epidemics in Egypt, the Sudan and Finland. Dr. Gotschlich received his M.D. from the New York University School of Medicine in 1959. He interned at Bellevue Hospital in New York before joining The Rockefeller University's Laboratory of Bacteriology and Immunology in 1960 under the co-leadership of Maclyn McCarty and Rebecca C. Lancefield. He was promoted to professor and senior physician at The Rockefeller University Hospital in 1978. From 1996 to 2005, he served as the hospital's vice president for medical sciences.

Dr. Clark grew up in Spokane, Washington. He attended Tulane University in New Orleans, where he obtained both his Bachelors Degree and Medical Degree. After training as a pediatrician at Emory University in Atlanta, he completed training in preventive medicine and public health at Oregon Health Sciences University in Portland, Oregon. He has worked at the Centers for Disease Control and Prevention for six years, including two years as an Epidemic Intelligence Service Officer. He currently serves as a medical epidemiologist and team leader in the Meningitis and Vaccine Preventable Diseases Branch, where he works on meningococcal disease and other forms of bacterial meningitis

Scott B. Halstead, M.D., is currently Adjunct Professor in the Department of Preventive Medicine and Biometrics, Uniformed Services University of the Health Sciences, Bethesda, Maryland and Consultant to the Health Equity Program, the Rockefeller Foundation, New York. Dr. Halstead was born in Lucknow, India to parents who were educators with the Methodist Church. He graduated from Yale University with a B.A. in 1951, from Columbia University with a M.D. in 1955. After two years training in Internal Medicine he was drafted into the U.S. Army Medical Corps, where he served for eleven years at the Department of Virus and Rickettsial Diseases, 406th Medical General Laboratory, Zama, Japan, at the Department of Virus Diseases, Walter Reed Army Institute of Research, the Virology Department, SEATO Medical Research Laboratory, Bangkok, Thailand and the Yale Arbovirus Research Unit, New Haven, Connecticut. In 1968, he was appointed Professor and Chair, Department of Medical Microbiology and Tropical Medicine, University of Hawaii School of Medicine. In 1983, he joined the Rockefeller Foundation, serving successively as Associate, Deputy and Acting Director of the Health Sciences Division. On retirement in 1995, he was appointed Scientific Director, Infectious Diseases Program, U.S. Navy, Bethesda, Maryland and as Senior Scientist, Department of Molecular Microbiology and Immunology, School of Hygiene and Public Health, Johns Hopkins University, Baltimore, Maryland. Dr. Halstead is a world leader in research on dengue and other arthropod-borne viral infections. He has been active in all aspects of vaccine research and in international health development, being co-founder of the Children’s Vaccine Initiative in 1990 and coordinator of the International Clinical Epidemiology Network from 1983-1995. He served regularly since 1967 as consultant to the World Health Organization. He served numerous editorial boards and consults with private and public agencies. Publications include numerous text book chapters and review articles, more than 200 papers published in international peer-reviewed scientific journals. He is the recipient of the Langmuir and Smadel Lectureships, was President of the American Society of Tropical Medicine and Hygiene (1991) and the International Federation for Tropical Medicine (1992-1996), is a Member of the American Academy Microbiology, has an honorary DSc. from Mahidol University and is a recipient of the R.M. Taylor Medal. He lives in North Bethesda, Maryland with his wife, Edna, has three children and five grandchildren

Emilio A. Emini, Ph.D., is currently executive Vice President of Vaccine Research and Development at Wyeth Pharmaceuticals, a position he has held since late 2005. Previously, he was head of vaccine development at the International AIDS Vaccine Initiative and Senior Vice President of Vaccine Research at the Merck Research Laboratories. During his 20 years at Merck, Emini led a number of the company’s vaccine research efforts and was head of Antiviral Research during the development of the first successful highly active antiretroviral therapies. Emini is also an Adjunct Professor of Pathology at the University of Pennsylvania, a Member of the American Academy of Microbiology, and a Trustee of the National Foundation for Infectious Diseases

School of Public Health at the University of California, Berkeley

Arthur Reingold, MD, is the Edward Penhoet Distinguished Professor of Global Health and Infectious Disease and Head of the Division of Epidemiology at the School of Public Health at the University of California, Berkeley. He has dedicated the past 30 years to the study and prevention of infectious diseases in the U.S. and in various countries in Africa, Asia, and Latin America. Dr Reingold currently serves on the Strategic Advisory Group of Experts(SAGE) of the World Health Organization and the External Advisory Board of the Fogarty International center of NIH, among other appointments. He was elected to the Institute of Medicine in 2003, and currently serves on the IOM Committee on the U.S. National Vaccine Plan

Dr. Jon Kim Andrus has 25 years of experience working in the field of vaccines, immunization, and primary care in developing countries. Dr. Andrus currently serves as the Lead Technical Advisor for the Immunization Unit of the Pan American Health Organization (PAHO) and as Professor and Director of the Global Health MPH Program at George Washington University. Dr. Andrus received degrees from Stanford University (Bachelar of Science), the University California Davis School of Medicine (Medical Doctorate), University California San Francisco School of Medicine (Family Practice Residency), and the Centers for Disease Control and Prevention (Epidemic Intelligence Service and Preventive Medicine Residency). Dr. Andrus also holds adjunct faculty appointments at University California San Francisco School of Medicine, and Johns Hopkins Bloomberg School of Public Health. He has published numerous scientific articles in the fields of vaccines, immunization, and accelerated control of vaccine-preventable diseases. In 1998, Dr. Andrus received the Emil M. Mrak International Award from the University California Davis for his distinguished career of service outside the United States. In 2000, he received the Distinguished Service Medal, the highest award of United States Public Health Service, for leadership for working to eradicate polio in South-East Asia