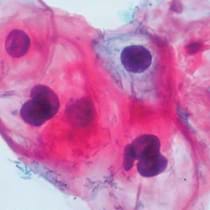 Future Prospects for Vaccination and Screening to Prevent HPV-induced Cancer

HPV infection causes virtually all cases of cervical cancer, the second most common cause of death from cancer in women worldwide. In addition, the incidence of HPV-associated oropharyngeal cancer in the U.S. has been increasing. The role of HPV in cervical cancer has led to the recent development of a preventive HPV vaccine and HPV-based cervical cancer screening.

This symposium, convened by experts in the field, will focus on the current understanding of HPV-induced disease, the science and performance of the vaccine and new screening approaches, how this information may be used most effectively to reduce the incidence of HPV-induced disease, the gaps in knowledge and barriers to implementation, and the potential of future advances to overcome them.

Historically, oral cancers (cancers of the mouth and upper throat) have been the scourge of older men with a lifetime history of heavy tobacco smoking and alcohol drinking. So why are the rates for certain types of oral cancer among young men and women in the U.S, Europe, and other developed countries increasing at an alarming rate when fewer people are smoking? It is because of HPV, or human papillomavirus, a sexually transmitted infection that can be acquired via oral sex and which confers a 53-fold increase in risk for oral cancer. This paradigm shift in our understanding of the cause of some oral cancers is having a profound effect on our concepts of risk, screening, prevention and treatment for this debilitating cancer.

Based on the central role of persistent carcinogenic HPV infection in the development of cervical cancer, two promising technologies targeting HPV have been developed in the fight against cervical cancer: Vaccination for preventing HPV infection and carcinogenic HPV testing for cervical cancer screening. Both are highly efficacious when they are used in the ideal target populations. Given the robustness of both new technologies, an integrated, age-targeted approach of HPV vaccination in young, naïve women and carcinogenic HPV-based screening in older women could significantly impact cervical cancer rates worldwide. In underserved populations, these HPV technologies, if employed wisely, could make cervical cancer prevention programs more cost-efficient and reduce the need for treatment, which has a negative impact on reproductive outcomes. However, we will need to consider rational strategies to integrate vaccination and screening to ensure women's safety and avoid costly duplication of prevention efforts in the future. These technologies, if made accessible, could effectively replace a lifetime program of cytology with many fewer visits and at significant cost savings. Together, HPV vaccination and screening could reduce the population risk for cervical cancer within a 10-20 year time period.

Update on HPV Vaccine Safety and Efficacy
Laura A. Koutsky, University of Washington

Two prophylactic HPV vaccines have been approved by regulatory agencies in many countries. HPV2 is the bivalent HPV16/18 vaccine (Cervarix™ GlaxoSmithKline), and HPV4 is the quadrivalent HPV6/11/16/18 vaccine (Gardasil® Merck). Both vaccines are generally safe, highly effective, and have the potential to substantially reduce HPV-related morbidity and mortality. What is known and what remains to be determined about the performance of these vaccines will be discussed.

Arguments For and Against HPV Vaccination: A Plea for Scientific Cogency
Eduardo L. Franco, McGill University

Solid findings from phase II and phase III randomized controlled trials involving several thousand women worldwide have unequivocally shown that the first two prophylactic HPV vaccines based on the L1 virus-like-particle formulation are efficacious, highly immunogenic, and safe. Protection of previously unexposed women is greater than 95% against virological and lesion endpoints associated with the target HPV types, HPVs 16 and 18, in the case of the bivalent vaccine, or with HPVs 6, 11, 16, 18, for the quadrivalent vaccine. The latter was the first HPV vaccine to reach the market and well over 20 million doses have already been administered worldwide. The bivalent vaccine has already been approved in most developed countries. National immunization programs have begun planning the deployment of universal vaccination or drafting specific recommendations for their use on an opportunistic basis by health care providers. Vaccination is widely perceived as one of the most successful and least costly of all public health interventions. Universal HPV vaccination of adolescent girls and young women prior to sexual exposure is possibly the most important strategy to correct the socioeconomic inequity that has existed in cervical cancer prevention. Yet, several concerns remain, many of which ill-founded, with respect to HPV vaccines and vaccination in general. Implementation of HPV vaccination will likely be a gradual and diverse process reflecting specific health policy environments. Individual countries' perceptions regarding the cost-effectiveness of vaccination as a primary cervical cancer prevention measure will influence decisions concerning deployment of publicly-funded vaccination. Such decisions require careful consideration of possible modifications to existing screening programs, if any. The speaker will summarize the arguments against the adoption of universal and opportunistic prophylactic HPV vaccination and provide evidence-based counter-arguments to assist policymakers and opinion leaders in understanding the climate of controversy that may hamper progress in cervical cancer prevention.

The current HPV vaccines represent an important advance in cancer prevention. However, they do not prevent some serious infections caused by HPV types not targeted by the vaccine, they require three doses, and they are expensive. It would therefore be desirable to have second generation generation vaccines that might have broader coverage against serious HPV infections, be delivered with fewer doses, and/or were less expensive. This presentation will discuss the concepts and status of candidate approaches that seek to achieve one or more of these goals. The mechanisms by which the vaccines prevent infection and disease will also be discussed.