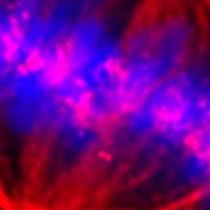 This 2.5-day conference will address recent advances in our understanding of disease pathology at the cellular and molecular level, with a focus on cancer. Presenters will discuss diseases caused by chromosomal abnormalities, DNA repair mechanism defects, and other nuclear irregularities. The meeting will also highlight progress in stem cell research with a focus on its application to cancer and diseases. The symposium will focus on basic science, but will provide some integration with subsequent clinical applications so that bench researchers and clinicians can develop a mutual understanding of the potential for translation of basic research into effective therapeutics.

For sponsorship opportunities please contact Sonya Dougal at sdougal@nyas.org or 212.298.8682.

Cells migrate, tumors invade, and tissues remodel in three-dimensional (3D) environments. However, most mechanistic studies in cell biology are conducted using traditional tissue culture on flat, two-dimensional (2D) substrates. Recent studies from a number of laboratories show that many fundamental biological properties of cells are governed by dimensionality and other physical properties of the local environment. Cells interacting with extracellular matrices that are 2D versus 3D differ in cell morphology, signaling, modes of migration, and requirements for cell-surface integrins and proteases. Another notable feature of 3D matrices in vivo is that many are fibrillar rather than flat or uniform in texture. Interestingly, "1D" fibrillar lines on a flat surface can mimic many of the properties of a cell-derived 3D fibrillar matrix in terms of cell morphology, migration mode, and even Golgi and centrosome orientation. The requirement for proteases in tumor cell invasion can also differ depending on the type of matrix. These studies emphasize the importance of choosing one's model system carefully, because mechanistic conclusions can differ significantly depending upon dimensionality and other physical properties. In fact, for some studies, a 1D system can provide more accurate physiological insights into 3D biology than regular 2D tissue culture.

The spatial arrangement and dynamics of 3D cell and tissue movements are particularly important in tissue remodeling processes involved in embryonic development, cancer, and tissue engineering. 3D culture and direct imaging of cells undergoing tissue remodeling in organ formation have revealed roles for integrins, fibronectin, and cell motility. Organ morphogenesis, as well as 3D in vitro reconstitution of the initial steps of this process starting from single cells, involves cell-surface interactions dependent on integrins, E-cadherin, and dramatic epithelial cell movements. The mechanisms that lead from undifferentiated, amorphous collections of cells to a complex branched structure in organ development involve cell-matrix interaction, novel regulatory molecules such as Cleftin, and coordinated effects on cell-cell and cell-matrix adhesion systems associated with transient epithelial cell motility. These applications of 3D model systems, combined with live-tissue imaging, should continue to provide new insights into the mechanisms of cell migration, invasion, and tissue remodeling.

Rho family GTPases control signal transduction pathways that regulate the assembly and spatial organization of the actin cytoskeleton and associated cell-matrix and cell-cell adhesion complexes. Rho regulates contractile actin:myosin filament and focal adhesion assembly, Rac regulates the formation of membrane protrusions (lamellipodia), while Cdc42 triggers filopodial extensions at the cell periphery. In addition, Rho GTPases promote a diverse set of other cellular activities, including changes in gene transcription, the establishment of cell polarity, cell cycle progression, the organization and dynamics of the microtubule cytoskeleton and the activation of a variety of enzymes including PI 3-kinase and NADPH oxidases. The actin and microtubule cytoskeletons play a central role in driving many of the dynamic aspects of cell behavior and our particular focus is to determine the molecular mechanisms by which Rho GTPases regulate cell migration and cell morphogenesis. The disruption of normal tissue architecture and the appearance of inappropriate migratory activity are two defining characteristics associated with cancer progression towards an invasive and metastatic phenotype. Our long-term goal is to identify the mechanisms that drive these changes.