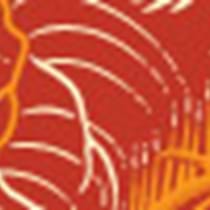 MicroRNAs in Muscle and Cardiac Development and Disease

MicroRNAs are a broad class of small RNA molecules that negatively regulate gene expression by inhibiting the translation or promoting the degradation of multiple complementary target messenger RNAs (mRNAs). MicroRNA modulation of targets with related functions affects complex gene networks and thus may produce or modify disease. This half-day symposium will focus on the roles of microRNAs in muscular and cardiac development, gene expression, function and etiology of disease. The potential of microRNAs as disease biomarkers or therapeutic agents will be also discussed.

MicroRNA are proving to be powerful cell function regulators as one miRNA targets a group of functionally-related genes. An important characteristic of miRNA that we recently observed is their capacity to function as immediate-early switches of gene expression in response to a cellular stimulus. Of particular interest to the cardiovascular field are miRNA that have cardioprotective functions against ischemic injury. We found a group of miRNA that were differentially expressed during ischemia preconditioning of the heart, which remains the best-known protective measure against ischemic injury. This included upregulation of miR-21 and downregulation of miR-199a. To examine the functional relevance of these changes, we overexpressed miR-21 in cardiac myocytes of a transgenic mouse or knocked down miR-199a. MiR-21 transgenic hearts had a significantly better functional outcome after total occlusion of the coronary artery, which was associated with 80% reduction of fibrosis and apoptosis markers. Importantly, miR-21 inhibited the upregulation of PTEN and FasL in the ischemic heart and in hypoxic cultured myocytes, both of which are direct targets of this miRNA. We also have evidence that miR-21 upregulation is associated with downrgulation of miR-133a, which might also participate in a cardioprotective function. On the other hand, acute downregulation of miR-199a during ischemia was responsible for rapid upregulation of hypoxia-inducible factor 1 alpha and sirtuin 1, which proved to be direct targets of this miRNA. These molecules are well established for their hypoxia preconditioning and longevity effects and play an essential role in protection against ischemic injury. Antisense knockdown of miR-199a during normoxia mimicked hypoxia preconditioning and protected myocytes against hypoxia-induced apoptosis. Knowledge of these miRNA and their targets allows us to exploit them for cardioprotection during ischemic heart diseases.

Although the let-7 miRNA is known as an important regulator of stem cell self-renewal and differentiation, the role of this miRNA in skeletal muscle regeneration remains uncharacterized. Drosophila let-7 is expressed during metamorphosis, a developmental phase when larval muscles histolyze and adult muscles form de novo from a pool of muscle progenitor cells. We have found that let-7 is expressed in adult muscles as well as their innervating motoneurons. Elimination of let-7 causes a number of defects in the adult neuromusculature, including decreases in muscle size, muscle cell number and neuromuscular junction length. This data suggests that let-7 promotes muscle progenitor cell proliferation during muscle regeneration, a model we are currently exploring.