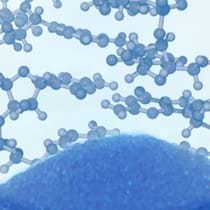 RNA in Stress Response and Longevity

The interaction of organisms with their environment is an essential component of life. RNA molecules appear to have a major role in mediating this interaction in such diverse organisms as plants, nematodes, and mammals. This meeting will focus on the contribution of miRNAs and endogenous siRNAs to abiotic stress responses in plants and to longevity and stress responses in C. elegans. The connections between miRNAs, stress granules, and senescence in mammalian cells, and the role of the conserved non-coding RNA HSR1 in the activation of heat shock transcription factor 1 will also be discussed.

Recent work has demonstrated that mutations in the microRNAs (miRNAs) gene lin-4 and its target lin-14 significantly affect the lifespan of C. elegans. In addition, microarray analysis in C. elegans has revealed dynamic miRNA expression changes during aging. These observations suggest that miRNAs may function in pathways that impact life span. In order to identify new roles of miRNAs in life span, we have undertaken a deep sequencing survey of miRNAs from aged tissue in C. elegans. We observe significant expression changes of multiple miRNAs during aging, including several miRNAs that were not previously identified by microarray analysis. Our results demonstrate that some of the miRNAs are necessary for a normal lifespan in C.elegans. Finally, our deep sequencing survey identified multiple candidate novel miRNAs in aged C.elegans. Given the high conservation of miRNAs across species, it is likely that insights uncovered by this research will have high relevance towards our understanding of aging in higher organisms and humans.

Abiotic stress is one of the primary causes of crop losses worldwide. To reduce the damage caused by stress factors, plants have evolved sophisticated adaptive responses, which involve reprogramming of gene expression at the transcriptional, post-transcriptional and post-translational levels. Much progress has been made in unraveling the changes associated with the expression of protein coding genes in response to stress. Recently discovered microRNAs (miRNAs) and endogenous small-interfering RNAs (siRNAs) also play critical roles in adaptation to stress conditions. These recent findings of integrating small RNAs in plant stress regulatory networks will be discussed.

HSF1 is present in unstressed mammalian cells in an inactive monomeric form and becomes activated by heat and other stress stimuli. HSF1 activation involves trimerization and acquisition of a site-specific DNA-binding activity. We have shown that HSF1 activation by heat shock (HS) is an active process that is mediated by a ribonucleoprotein complex containing translation elongation factor eEF1A and a novel non-coding RNA, which we termed HSR1 (Heat Shock RNA-1). Both HSR1 and eEF1A are required for HSF1 activation in vitro.

Antisense oligonucleotides or siRNA against HSR1 impair the HS response in vivo, rendering mammalian cells thermosensitive. We also show that non-coding RNAs homologous to mammalian HSR1 are present in other eukaryotic species including Drosophila and plants. HSR1 is constitutively expressed and its homologues are functionally interchangeable. Based on our results we formulate a general model for eukaryotic HS genes activation whereby HSR1 serves as a cellular thermosensor that determines the temperature threshold for the HS response, whereas eEF1A senses other proteotoxic stressors and links HSP expression to major cellular perturbations during HS, such as translational shutdown and cytoskeleton collapse. The central role of HSR1 and eEF1A during HS implies that targeting these factors could serve as a new therapeutic mode for cancer, inflammation and other conditions associated with HSF1 deregulation.

Argonaute proteins are a conserved class of proteins that bind to microRNAs for mediating translational repression and/or mRNA degradation in animals. Majority of Argonaute is diffusely distributed in the cytoplasm and a small fraction localizes in the cytoplasmic structures known as processing bodies. In addition to these localizations, we have previously identified that a fraction of Argonaute protein associates with another structure known as stress granules in the cytoplasm when translation initiation is specifically inhibited, or when cells are subjected to stress, such as heat shock, oxidative or osmotic stress. Interestingly, this localization of Argonaute to these stress granules is miRNA-dependent, suggesting that miRNAs possibly associate with different sets of proteins under these conditions. Recently, we found that Argonaute is associated with a class of post-translational modification enzymes at stress granules, in which Argonaute and other RNA binding proteins are modified upon stress. We will discuss how such stress-induced modification could potentially alter global gene expression.

CPEB is a sequence-specific RNA binding protein that promotes polyadenylation and translation in vertebrate oocytes and embryos and in the central nervous system. In Xenopus egg extracts, CPEB is essential for mitotic cycling, yet CPEB knockout (KO) mice are viable, albeit sterile. Mouse embryo fibroblasts (MEFs) derived from wild type (WT) and CPEB KO mice have similar rates of cell division; however, while the WT MEFs enter senescence, the KO MEFs do not, and indeed are immortal. Importantly, the re-introduction of CPEB into the KO MEFs at an early passage rescues senescence but does not do so when the cells are already immortalized. Over-expression of CPEB in WT MEFs at an early passage causes premature senescence. CPEB requires p53 to induce senescence, suggesting that CPEB is upstream of this tumor suppressor. Conversely, Ras-induced senescence requires CPEB, indicating that CPEB is downstream of this oncogene. CPEB-induced senescence acts through mRNA encoding the transcription factor myc.

Mir-15b can collaborate with CPEB during translational control of myc expression. CPEB as well as components of miRNA protein complex, cold RISC had been found localized in P-bodies and Stress granules, cytoplasm compartment of mRNA storage and/or degradation. Stress granules and p-bodies (partially) induced by stress condition can deplete mRNA from active translation on ribosome, and prevent synthesis of essential proteins for cell cycle progression. Senescence of MEFs is a cell-cycle arrest in many cases can be stimulated by stress condition. Translational inhibition of myc expression by CPEB in collaboration with mir-15b reduces amount of protein that is essential for cell-cycle progression, and can cause senescence phenotype of MEFs.

In C. elegans, a vast number of endogenous short RNAs (endo-siRNAs) corresponding to thousands of protein coding genes have been discovered recently. This finding suggests that short RNAs may contribute to regulation of many developmental pathways in addition to silencing viruses and transposons.

We will discuss a microarray analysis of gene expression in RNA interference (RNAi)-related mutants rde-4 and zfp-1. We found that a component of the Dicer complex RDE-4 and a chromatin-related zinc finger protein ZFP-1, not implicated previously in endogenous RNAi, regulate overlapping sets of genes. Notably, genes up-regulated in the rde-4 and zfp-1 mutants, but not the down-regulated genes, are highly represented in the set of genes with known antisense endo-siRNAs. We are focusing on the regulation of genes up-regulated in both mutants that become repressed during stressful environmental conditions, such as translational factors. Down-regulation of translation factor genes in adult C. elegans has been shown to contribute to longevity and stress response.

Our study suggests that endo-siRNAs cooperate with chromatin factors to regulate overlapping sets of genes during stressful condition and predicts a large role for RNAi-based chromatin silencing in control of gene expression in C. elegans.