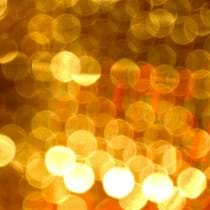 Presented by the History and Philosophy of Science and Technology Section

This evening presents some of the world’s top scholars on the history of Russian science and mathematics. Russia’s distinctive political and social history, in both the Imperial and Soviet periods, has produced fascinating scientific episodes. Loren Graham of MIT and Roger Cooke of the University of Vermont will discuss two events where Russian politics and religion intersected with the practice of science and math

The 1936 hearings in the USSR Academy of Sciences “in the matter of Academician Luzin”
Roger Cooke, University of Vermont

Religious Mysticism and Mathematical Creativity:  The Birth of the Moscow School of Mathematics
Loren Graham, Massachusetts Institute of Technology

Received the PhD degree at Princeton University in 1966 under the direction of Salomon Bochner. Professor at the University of Vermont from 1968 through 2003. Original area of research was classical harmonic analysis. Working in the history of mathematics since 1980. Spent part of a sabbatical year in 1988—1989 in Moscow researching the Nachlass of Nikolai Nikolaevich Luzin.Author of three books: “The Mathematics of Sonya Kovalevskaya” (Springer-Verlag, 1984); “The History of Mathematics: A Brief Course” (Wiley 1997; second edition 2005); “Classical Algebra: Its Nature, Origins, and Uses” (Wiley 2008, winner of a CHOICE on-line readers award as one of nine outstanding books in mathematics during 2008)

Loren Graham is professor of the history of science emeritus at the Massachusetts Institute of Technology and at Harvard University, and is currently a research associate and member of the Executive Committee of the Davis Center for Russian and Eurasian Studies at Harvard. He also taught at Columbia for many years. He has published many books and articles, including, most recently ( written together with Jean-Michel Kantor), Naming Infinity: A True Story of Religious Mysticism and Mathematical Creativity (Harvard University Press, 2009). Another of his books is entitled Between Science and Values. One of his books, Science and Philosophy in the Soviet Union, was a finalist for a National Book Award. He has received a number of honors and awards, including the Sarton Medal of the History of Science Society. He is a member of the American Philosophical Society and the American Academy of Arts and Sciences. He lives in the winter in Cambridge, Massachusetts, and in the summer in an isolated lighthouse on an island, where he has written many of his books.

Douglas Weiner is Professor of History at the University of Arizona. He received all of his degrees from Columbia University in New York, completing his doctorate in History there under Loren R. Graham in 1984. His research has traced the evolution of ecological science and environmental activism in Russia and the Soviet Union, publishing Models of Nature: Ecology, Conservation, and Cultural Revolution in Soviet Russia in 1988 with Indiana University Press, reissued in paperback by the University of Pittsburgh Press in 2002; and A Little Corner of Freedom: Russian Nature Protection from Stalin to Gorbachev (Berkeley: University of California Press, 1999). The Russian translation of Models of Nature, published in 1991, earned him the Diploma of the Moscow Society of Naturalists, the first time that book award was given to an American.

In July 1936, a series of articles appeared in Pravda and in mathematical and scientific journals attacking Nikolai Nikolaevich Luzin (1883—1950) as an “enemy wearing a Soviet mask.” These attacks, which were part of a policy aimed at harnessing academics to focus on building socialism in the USSR in accordance with the scientific policy of the Communist Party, led to the formation of a special commission in the Academy to investigate a number of charges against Luzin. After five sessions held between 7 July and 15 July, the commission issued a report to the Presidium of the Academy concluding that the charges in Pravda were fully justified. However, on 5 August, the Presidium decided only to admonish Luzin that he must change his behavior. The details of the charges and the possible reasons for the mild punishment are discussed.

Religious Mysticism and Mathematical Creativity:  The Birth of the Moscow School of Mathematics

In 1913, under orders from Tsar Nicholas II, Russian imperial marines stormed the renowned Pantaleimon Orthodox monastery at Mt. Athos, Greece, to haul off several hundred monks engaged in a dangerously heretical practice known as Name Worshipping.  A mystical tradition that dated back centuries, Name Worshipping revolved around repeatedly invoking the name of Jesus until the worshipper reached an ecstatic state.  Exiled to remote Russian outposts, the monks and their mystical movement went underground in the Soviet period.  In time they intersected with a number of Russian mathematicians who were studying the nature of infinity.  The mathematicians were struck with the way in which the Name Worshippers justified the existence of God:  they could not define God, but they could name him.  Similarly the mathematicians could not define the new types of infinities which they were developing, but they could name them.  Working in this way, the Russians mathematicians made one of the biggest mathematical breakthroughs of the twentieth century, going beyond recent French achievements.  The school of mathematical thought which the Russians created at this time, the Moscow School of Mathematics, became one of the strongest in the world.  It still exists today, and its members are now on the faculties of universities all over the world.