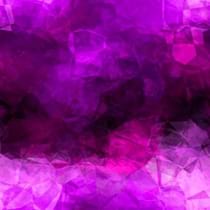 In this powerful networking event on the importance of alliance building throughout your career, an expert panel will present views from leadership in academia, big pharma, and medical devices. Learn how to leverage your alliances to promote your professional development.

Kathleen W. Scotto, PhD is currently the Vice President of Research and Acting Dean of the Graduate School of Biomedical Sciences at the University of Medicine and Dentistry of New Jersey. She also held the role of Senior Associate Dean of Research at the Robert Wood Johnson Medical School, where she is a Professor of Pharmacology and member of the RWJMS-Cancer Institute of New Jersey. Prior to joining UMDNJ-RWJMS in the fall of 2004, Dr. Scotto was an Associate Professor of Molecular Pharmacology and Experimental Therapeutics at Memorial Sloan-Kettering Cancer Center in New York (1989-2001) and a Professor of Pharmacology at the Fox Chase Cancer Center in Philadelphia (2001-2004). She received her Ph.D. from the Cornell Graduate School of Medical Sciences in 1984, and was a Postdoctoral Fellow at the Rockefeller University until 1988.

In addition to her administrative roles, Dr. Scotto maintains an active NIH-funded laboratory at CINJ. She is internationally recognized for her work on the regulation of drug resistance genes that impact sensitivity of cancer cells to therapeutic agents. Dr. Scotto is the author of numerous articles, reviews and patents in this area. In addition to their work on drug resistance, the Scotto lab has recently begun to study the regulation of alternative splicing, particularly as it relates to the cancer phenotype. Dr. Scotto serves on multiple committees within the cancer field, and is on the editorial board of two cancer journals. Combining her dedication to the nurturing and training of young scientists with her passion for the translation of basic science into new disease treatments, she is currently involved in the development of a novel New Jersey state-wide infrastructure to develop and train the clinical/translational research teams of the future.

Dr. Jacqueline Elbonne has 18 years experience in pharmaceutical research and development internationally. After completing her Bachelor of Science with Honors in Chemistry and Pharmacology in 1987, and her Ph.D. in Organic Chemistry in 1990, both from the University of Liverpool, England, she joined the Industry and began her career at Fisons PLC, as an analytical chemist working on novel compounds for the treatment of asthma/allergy in the pre-clinical and clinical phases of development. During the period of 1991 to 2000, Fisons went through several merger and acquisitions, firstly with Rhone-Poulence Rorer, and then with Hoffmann-La Roche to form Aventis Pharma. During this period, Dr. Elbonne held positions of increasing responsibility directing analytical development teams, as well as cross-functional project teams to support a range of pulmonary development programs. In 1994, she was awarded Membership of the Royal Society of Chemistry based on her scientific contributions in this area.

In 2000, Dr. Elbonne joined Schering-Plough in NJ, USA as Associate Director, Analytical Development. She was specifically targeted to join Schering-Plough's Research Institute (SPRI) based her knowledge and experience in pulmonary drug development. During her time at Schering-Plough, Dr. Elbonne has held various roles of increasing responsibility in the area of drug development, Analytical Quality Systems, as well as corporate quality assurance where she was part of a senior team to establish a company-wide Quality Systems Program for GMP operations globally, including both R&D and global supply chain.

In 2004 Dr. Elbonne transitioned to Quality Assurance SPRI and was appointed Sr. Director, Pharmaceutical Sciences Quality. In this role she was responsible for overseeing clinical manufacturing operations world-wide, including the implementation of global quality systems which had been defined by the corporate program. She was also responsible for successfully leading all SPRI remediation obligations under the US Consent Decree which resulted in numerous company awards and promotion to Vice-President, Pharmaceutical Sciences Quality in 2006. She has also previously served as the Schering-Plough representative on the Analytical Technical Group (ATG) within PhRMA. In recognition of her accomplishments at Schering-Plough in 2004 she received the NJ Tribute to Women in Industry (TWIN) Award.