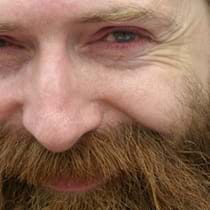 The End of Aging

Aubrey de Grey predicts that it's only a matter of decades before regenerative medicine extends human life expectancy indefinitely. Join S&C to learn why de Grey believes the lifespans of even today's 60-year-olds could be extended by 30 years.

It might seem premature to discuss prospects for eliminating human aging as a cause of death before any real progress has been made in even postponing aging. But Aubrey de Grey argues that two aspects of modern science make such a discussion realistic. First, aging happens throughout our lives but only results in appreciable functional decline after four or more decades of life. He says this means we can postpone the functional decline caused by aging through increasingly thorough molecular and cellular repair without knowing how to prevent aging completely. Second, especially where public enthusiasm is abundant, technological breakthroughs are now being refined at a dramatic rate. In fact, R&D progress now happens so quickly that technologies—be they medicinal, transportation, or computing—are advancing almost beyond recognition within a natural human lifespan.

This evening, de Grey will explain, first, why therapies that can add 30 healthy years to the remaining lifespan of healthy 60-year-olds may—with adequate funding for the initial preclinical work—arrive within the next few decades—and, second, why those who benefit from those therapies will very probably continue to benefit from progressively improved therapies indefinitely and thus avoid debilitation or death from age-related causes at any age.

This is one event in the 2009 Provocative Thinkers in Science Series, being presented by Science & the City, a program of the New York Academy of Sciences that works to bring science to the public.

Other events in this series include:
• The New Executive Brain: An Evening with Elkhonon Goldberg, Sept. 14
• The Greatest Show on Earth: An Evening with Richard Dawkins, Oct. 19
• Celebrating 150 Years of Darwin's Origin of Species: An Evening with Gerald Edelman, Paul Ekman, and Terrence Deacon, Nov. 24
• No Small Matter: An Evening with Felice Frankel and George Whitesides, Dec. 7

Limited time offer: Nonmembers who purchase tickets to all 5 events in the series will receive a free Academy membership.

Learn more about the series and the special offer mentioned above at: www.nyas.org/provocativethinkers

Aubrey de Grey is a biomedical gerontologist based in Cambridge, UK, and is the Chief Science Officer of SENS Foundation, a nonprofit charity dedicated to combating the aging process. He is also Editor in Chief of Rejuvenation Research, the world’s highest-impact peer-reviewed journal focused on intervention in aging. His research interests encompass the causes of all the accumulating and eventually pathogenic molecular and cellular side-effects of metabolism ("damage") that constitute mammalian aging and the design of interventions to repair and/or obviate that damage.

He claims to have developed a possibly comprehensive plan for such repair, termed Strategies for Engineered Negligible Senescence (SENS), which breaks aging down into seven major classes of damage and identifies detailed approaches to addressing each one. He says that a key aspect of SENS is that it can potentially extend healthy lifespan without limit. Although he concedes that these repair processes will probably never be perfect, he says the repair only needs to approach perfection rapidly enough to keep the overall level of damage below pathogenic levels. Dr. de Grey calls this required rate of improvement of repair therapies "longevity escape velocity."