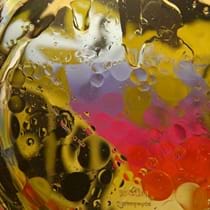 The Public Framing of Science: A Conversation

The "conversation" we are envisioning is part of a larger set of discussions in the anthropology section of NYAS regarding the role of the Media in disseminating scientific information, especially the inadequate representation of key issues of interest to anthropologists. It started several years ago when a number of articles in the NYTimes began to revisit the race-intelligence arguments that have periodically come to the fore–utilizing (as in previous instances) scant evidence and interpretive leaps that ignored the controversy in the academy on these very same issues. Colleagues in other sections of the Academy shared our concerns, so we organized a session for the 2007 AAA meetings that drew a large crowd as well as the interest of the Union for Concerned Scientists. Yet our group letter to the NYTimes on these matters remains unpublished.

The central problem –as described in the AAA session—rests on the "cleavage [that exists] between scientific/ anthropological knowledge and the public understanding of it. Popular publications -even newspapers and journals of record- often misrepresent scientific understanding, sometimes claiming greater certainty on issues of genetic influences on culture than warranted by available scholarship and other times unduly representing scholarship as uncertain, as in reports of controversies concerning global warming. These are not simply problems of translation of scientific / scholarly information, rather they represent the subtle ways in which public consciousness is shaped and manipulated, whether consciously or unconsciously, to reflect class and ideological interests in the creation of public policies designed to address issues of inequality, both domestic and global."

We look forward to the ensuing discussion and your input.

Evolutionary theory has, in different eras, been recruited into a diverse group of anti-egalitarian scientific discourses, such as social Darwinism, eugenics, and evolutionary psychology. Scientific claims, however, are made with a unique voice of cultural authority; and such claims about human diversity are especially sensitive to subtle (and not-so-subtle) cultural influences. Today Darwin is invoked for medicine, within literature, in defense of carnivory, to evangelize for atheism, to promote rights for apes, and in other cultural and political interests. One particularly odious such interest is contemporary scientific racism (that is, the act of justifying social inequalities between presumptively natural groups of people by recourse to science). Science has in fact always been used for cultural ends, and the situation is no different today. What we need to communicate to the public is that not all ostensibly scientific claims about human diversity and evolution are equal, and there are times when you cannot necessarily believe everything a scientist has to say. I argue that the best interests of anthropological science are served by the development of a relativizing anthropology of science, identifying the cultural meanings associated with different evolutionary theories, and consistently dissociating normative human evolutionary biology from its diverse and idiosyncratic expressions.

The Classic Maya Collapse, Climate Change, and the Media

Stories about the ancient Maya are often in the media for one reason or another—a new discovery, new ideas explaining their 'collapse,' and so on. The public's fascination with the Classic Maya (c. A.D. 550-850) is well deserved; their large centers with inscribed monuments, ornate iconography, royal palaces and tombs, temples, jade and obsidian items, and beautifully painted ceramic vessels are breathtaking. Because there is a common perception that the Maya were 'mysterious,’ their history has been open to many interpretations—not all of them scholarly. One of the most 'mysterious’ things about the Maya is their so-called ‘disappearance’ from the southern Maya lowlands in the A.D. 900’s. However, kings disappeared, people did not. A long-term drought set in motion events that ultimately resulted in Classic Maya kings’ losing the support of their subjects. Consequently, people abandoned centers and the kings who had failed them. Many Maya indeed migrated elsewhere in all directions, while others remained and lived in smaller communities. There is another reason the Maya should be in the public eye—because of the lessons we can take from what caused the demise of kings. At present, long-term climate change is upon us; can we avoid history repeating itself? I am currently involved in several projects attempting to address how lessons from the past can serve us now and for our future. And the best way to get the message out is through the media. This, however, can be a challenge due to the different agendas, demands and schedules of media outlets and academia, as I illustrate with a few case studies. As archaeologists, our long-term goals should be applying the basic principle that ‘the past is key to the present.'