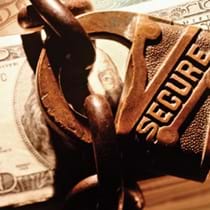 This event is indorsed by IAFE .

The Quantitative Finance Discussion Group presents this discussion on regulation of capital markets. The Quantitative Finance Discussion Group provides a forum for the exchange and dissemination of knowledge in research areas intersected by behavioral, financial, mathematical, and statistical sciences. Its goal is to inspire collaborations and to foster the development of professional networks between the science and finance communities, specifically those with a quantitative role. The Academy's location at 7 World Trade Center makes it ideally situated to bring the scientific and finance communities together.

If you have questions about this event, email physicalscience@nyas.org

Allan Meltzer is the Allan H. Meltzer University Professor of Political Economy at Carnegie Mellon University and a Visiting Scholar at the American Enterprise Institute, Washington. His teaching and research interests include the history of US monetary policy, size of government, macroeconomics, and the relation of money to inflation and unemployment in open and closed economies. Professor Meltzer has served as a consultant on economic policy for the US Congress, US Treasury, the Federal Reserve, the World Bank and the US and foreign governments, and was Chair, the International Financial Institution Advisory Commission. He was founder and chairman of the Shadow Open Market Committee from 1973 to 2000, and was Honorary Advisor to the Bank of Japan. He is the author of many books and papers in the field of economics.

Til is a Vice President in Bank Supervision at the Federal Reserve Bank of New York, where he heads up the Credit Risk Department in the Risk Management Group. His department is responsible for conducting bank exams as well as engaging in continuous risk monitoring of New York district institutions, domestic and foreign, and of the large financial institutions nationally. Til is also the FR System Credit Risk Specialty Officer. Recently he helped lead the Supervisory Capital Assessment Program, also known as the bank stress test. Prior to joining Bank Supervision in October 2008, Til was a research economist at the New York Fed. His research has focused on risk measurement and management in financial institutions and capital markets. Recent topics include integrated risk management, hedge funds and systemic risk, credit and liquidity risk. Til is also a Sloan Research Fellow at the Wharton Financial Institution Center and has taught at Columbia University and at the Wharton School. Prior to joining the New York Fed in May of 2001 he worked for five years at the management consulting firm Oliver, Wyman & Company, where he was a Director and Head of Research. Til received his PhD from the University of Pennsylvania in 1993 and then spent three years at Bell Laboratories. Til has numerous publications and is a co-editor of the International Journal of Central Banking, an associate editor at the Journal of Financial Services Research and the Journal of Risk, and until recently the GARP Risk Review.

Rick Bryant received his BA from Denison University in 1975, taking his first job as a stockbroker at Paine-Webber. In 1980, Rick earned an MBA from Carnegie Mellon, after which he worked six years with the H. J. Heinz Company in their Corporate M&A and Treasury areas. In 1988, Rick became treasurer of Reebok International and, in 1993, was named Chief Financial Officer of Hefren-Tillotson, a broker/dealer and investment advisor. Professor Bryant joined Carnegie Mellon in 1999 as the Executive Director of Carnegie Mellon's Computational Finance Program (MSCF) and, over the years has taught both in both the Tepper School of Business' undergraduate finance program and in the MSCF program.

Macroprudential Supervision of Financial Institutions: Lessons from the SCAP

The Current Crisis: Why It Happened, What Is Proposed and What Should be Done?

Housing policy and Federal Reserve policies are the cause of the crisis. Legislation in Congress will not eliminate the problem of future crises, but policy will bring on a new crisis.