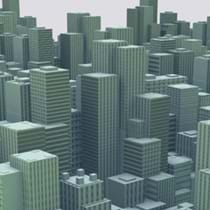 Presented by the Green Buildings Discussion Group and Skanska

This meeting is the final discussion in a four-part series focused on achieving zero net energy in buildings. Renewable energy technologies, global best practices, and how to retrofit existing buildings are just a few of the topics covered this year.

Adopting new design practices and incorporating new technologies required to construct a zero net energy building may add substantially to initial costs. However, the investment in technologies to achieve net-zero energy usage is recouped over the life-time of the building. In order for developers to make this investment, sufficient financial incentive needs to be provided. This panel will address the valuation of the energy-generating and efficiency features of zero net energy buildings.

Exercising its unique position as a neutral third party, the Academy formed a collective – including architects, engineers, scientists, policy makers from city and state, foundation and non-profit leaders – representing the key players in New York in the area of green buildings and sustainable design. This newly formed group addresses a unique niche for which the Academy can leverage its scientific strength to deliver significant value to the green buildings discourse.

Dr. Ron Dembo is the Founder & CEO of Zerofootprint. Recently nominated for a "Crunchie Award" as most likely to change the world and named "Toronto's Best Green Organization" by blogTO, Zerofootprint's goal is to mobilize and empower large groups of individuals and organizations worldwide to reduce their collective carbon and ecological footprint. Targeting businesses, cities, communities, and schools, Zerofootprint's software helps clients measure and manage their environmental impact and can be accessed easily through the web. Prior to that, Dr. Dembo was the Founder, CEO, and President of Algorithmics Incorporated, has had a distinguished ten-year academic career at Yale University, authored three books, published over sixty technical papers on finance and mathematical optimization, and holds a number of patents in computational finance. A sought after speaker, he was one of the few individuals to present at the David Suzuki’s Foundation Conference last year.

Mr. Muldavin is Executive Director of the Green Building Finance Consortium, a group he formed in 2006 to enable an assessment of sustainable property investment from a fiduciary/financial perspective. The Consortium is supported by the real estate industry independent of green building product or trade groups. Trade Group members and collaborators include the Mortgage Bankers Association, BOMA International, the Pension Real Estate Association, the Urban Land Institute, the National Association of Realtors, the Appraisal Institute, the Royal Institute of Chartered Surveyors, and CoreNet Global. Mr. Muldavin has been an advisor for over 25 years to many of the nation’s leading real estate companies including CalPERS, UBS, RREEF, and Bank of America. Mr. Muldavin has led the Muldavin Company for ten years, been a lead real estate partner at Deloitte & Touché, co-founded the $4+ billion Guggenheim Real Estate investment fund, and served on the Advisory Board of Global Real Analytics, an advisor on nearly $2 billion of REIT and CMBS funds. Mr. Muldavin is a Counselor of Real Estate, a Fellow of the Royal Institute of Chartered Surveyors, and author of over 200 articles on real estate finance, investment, valuation and sustainability.

Michael A. Levi is the David M. Rubenstein senior fellow for energy and the environment at the Council on Foreign Relations (CFR). He is director of the CFR program on energy security and climate change and was project director for the CFR-sponsored Independent Task Force on climate change. Dr. Levi was previously a nonresident science fellow and a science and technology fellow in foreign policy studies at the Brookings Institution. He is the author of two books, most recently, On Nuclear Terrorism (Harvard University Press, 2007). Dr. Levi holds a PhD in War Studies from the University of London (King’s College) and an MA in physics from Princeton University.

In this fourth and final presentation in our series on Zero Net Energy Buildings, Mr. Muldavin will address the critical role of financial incentives and valuation to achieving zero net energy buildings. In order to bridge the growing chasm between public and private energy efficiency goals and actions, and meet societal needs, private property energy efficiency decisions must move beyond cost considerations to fully integrate the true value of carbon/energy efficiency.

Mr. Muldavin will present GBFC's Sustainable Property Performance Framework, a new approach to understanding how sustainable properties need to be measured to support financially based decision-making. Next he will outline GBFC's six-step methodology for financial analysis of sustainable properties that provides a practical means for integrating non-cost related energy benefits, as well as potential health and productivity benefits, into value and energy efficiency investment decisions. Finally, the relative importance and role of financial incentives will be discussed, along with observations about society's evolution to a Zero Net Energy society.

We know how to build new buildings with a low carbon footprint, but little attention has been paid to the thousands of existing structures worldwide that are extremely inefficient and have a massive carbon impact. In North America alone they account for 40% of all greenhouse gas emissions. To address this we need not only a technical solution, but a financial one. The goal of the Zerofootprint Building Re-Skinning Competition is to drive the state-of-the-art in retrofitting the built space - in design, materials, technology, and in retrofitting systems that may be scaled to large numbers of buildings. The hope is to create a methodology for creating zero net energy buildings worldwide. A big part of this is developing the financial model that can also be replicated. Ron Dembo's talk will explore ways in which we can get from here to there.