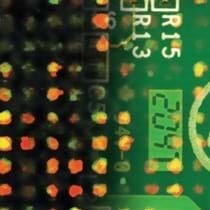 A Look at the Tools and Comparative Approaches of Systems Biology

A Systems Biology approach to life science problems involves the application of a wide array of computational tools and strategies. This symposium brings together researchers actively involved in the development and application of Systems Biology methodologies, including computational and mathematical models, graph-theory algorithms, machine-learning techniques and dynamical modeling. These quantitative tools are used to unravel the complexity of regulatory networks in biological systems, to analyze emerging high-throughput proteomics and large-scale genomics experimental data, to perform integrative surveys and to mine protein and gene regulatory networks.

Since then he has received a number of young investigator awards (e.g. from the Navy and the Keck foundation) and has published appreciably in scientific journals. He has >250 publications in total, with a number of them in prominent journals, such as Science, Nature, and Scientific American. (His current publication list is at http://papers.gersteinlab.org .) His research is focused on bioinformatics, and he is particularly interested in large-scale integrative surveys, biological database design, macromolecular geometry, molecular simulation, human genome annotation, gene expression analysis, and data mining.

Dr. Ma’ayan received his PhD in Biomedical Sciences in 2006 from Mount Sinai School of Medicine in New York. He is currently an Assistant Professor in the Department of Pharmacology and Systems Therapeutics at Mount Sinai and the Director of the Information Management Unit of the Systems Biology Center New York. Dr. Ma’ayan specializes in Computational Systems Biology. In his relative short tenure as a scientist he has published several seminal studies in high profile journals such as Science, Nature and PNAS. Dr. Ma'ayan and his laboratory developed acclaimed software and algorithms utilized to understand cell signaling networks in mammalian neuronal cells, and gene regulatory networks in stem cells.

Broad Institute of MIT and Harvard

Stefano Monti is a Senior Computational Biologist at the Broad Institute of MIT & Harvard, where he is a member of the Cancer Program and the Computational Biology and Bioinformatics Program. Dr. Monti has a decade-long experience in the design and development of computational tools for the analysis and integration of high-dimensional genomics data to further the understanding of the molecular mechanisms of cancer formation and treatment.

Molecular Characterization of the Lymphoma Genome: From Integrative Data Analysis to Targeted Therapy

Through some case studies, I will discuss how the integration of data from high-throughput genomics assays can help us shed light onto the molecular mechanisms driving cancer formation, and I will illustrate how the application of computational tools to the analysis of this data can help us define distinctive molecular profiles of therapeutic relevance, thus moving us closer to the development of targeted therapies.

The Intersectome: Integration of Knowledge in Systems Biology for Hypothesis Generation

I will discuss how we utilize data collected from the public domain, describing regulatory interactions in mammalian cells, to analyze results from experiments that profile cells using a variety of cutting edge genome-wide profiling technologies. The results from our analyses produce rational hypotheses for further experimental validation as well as provide a global view of cell regulation across multiple layers.

My talk will be concerned with understanding protein function on a genomic scale. My lab approaches this through the prediction and analysis of biological networks, focusing on protein-protein interaction and transcription-factor-target ones. I will describe how these networks can be determined through integration of many genomic features and how they can be analyzed in terms of various topological statistics. In particular, I will discuss a number of recent analyses:
(1) Improving the prediction of molecular networks through systematic training-set expansion; (2) Showing how the analysis of pathways across environments potentially allows them to act as biosensors; (3a) Analyzing the structure of the regulatory network indicates that it has a hierarchical layout with the "middle-managers" acting as information bottlenecks; (3b) Showing these middle managers tend be arranged in various "partnership" structures giving the hierarchy a "democratic character" ; (4) Showing that most human variation occurs on the periphery of the protein interaction network; and (5) Developing useful web-based tools for the analysis of networks (TopNet and tYNA).